Despite the picture the White House released showing President Obama intently watching the raid that killed Osama bin Laden, his former “body man” says the president spent most of the raid playing a card game.

“Most people were like down in the Situation Room and [the president] was like, ‘I’m not going to be down there, I can’t watch this entire thing.’ So he, myself, Pete Souza, the White House photographer, Marvin [Nicholson], we must have played 15 games of spades,” former Obama aide Reggie Love said at an event in Los Angeles sponsored by The Artists & Athletes Alliance in July.

Love, who played college basketball and football at Duke University, left the White House in 2011 to attend business school.

After the May 1, 2011 raid that killed Osama bin Laden, the White House released a photo of the president looking serious in the Situation Room surrounded by his national security team as the raid was ongoing.

No photo has yet been released of President Obama playing cards during the raid.

TOPICS: Miscellaneous
KEYWORDS: obama Navigation: use the links below to view more comments.
first previous 1-20, 21-25 last
To: Conspiracy Guy
" we must have played 15 games of spades,” said Reggie Love. 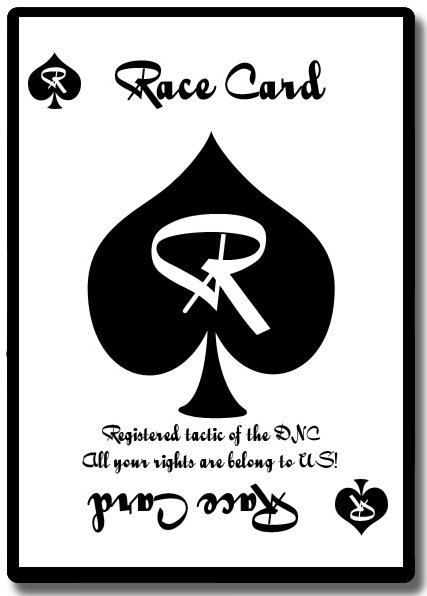 CNN is showing Reggie’s interview. They even said he’s been Obama’s constant companion since he was elected. Does CNN have a “satire” segment?

Nope. You missed one, and it’s the one I would bet on. The operation probably took a fair amount of time, and Zero doesn’t have the attention span to watch for that long. That’s why he said, “I can’t watch this entire thing.” That was not a reference to the content but to the duration.

An adult would not have considered it a long time for something so important, but Zero is not an adult. He has the maturity of a ten year old.

I wonder how many rules the Secret Service has had to abandon to accomodate Zero's predilections. He seems to have a lot of habits that other presidents weren't allowed to have for security reasons.