Obama: Putin ‘slouches’ like a ‘bored kid at the back of the classroom’
Washington Examiner ^ | 8/9/13 | CHARLIE SPIERING

During his press conference on Friday, President Obama indicated that his relationship with Putin was cordial – even though the Russian president had poor body language. 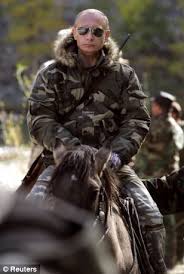 LOL! It’d be the shortest cage match in history:)

24 posted on 08/09/2013 1:44:04 PM PDT by jazusamo ("I am so old that I can remember when most of the people promoting race hate were white." T. Sowell)
[ Post Reply | Private Reply | To 18 | View Replies]
To: ConservativeMan55
This asshat p_resident of ours has no tact. To describe Putin's posture as “slouches” and to add the word “bored” to describe his attitude is just plain low class. This is the World Stage Obama, show some class and clean up your act.

I’d slouch from boredom in Pr. Obama’s presence too.

That is because YOU are a self-important BORE!

YOU believe America is too arrogant and needs be knocked down a notch?

The disrespect Putin shows for you and America illustrates your success!

“During his press conference on Friday, President Obama indicated that his relationship with Putin was cordial – even though the Russian president had poor body language.”

What next, tell Putin his mother wears combat boots? Our pres is such a freaking adolescent.

29 posted on 08/09/2013 1:47:11 PM PDT by Brooklyn Attitude (Obama being re-elected is the political equivalent of OJ being found not guilty.)
[ Post Reply | Private Reply | To 1 | View Replies]
To: ConservativeMan55
Remember those halcyon days back in 2008 when the media was having night sweats of pleasure because they knew Obama, by the sheer power of his awesomeness, would heal our international relationships and make the rest of the world instantly fall in love with us? besides eliciting some giggles from the press corp, the purpose of this statement is what?

Upon hearing Obama’s pettiness, Putin said something about Obama prancing like a poodle, and then returned to sparring with Ivan the Beast.

I can only listen to the boy wonder for so long. Anyone else notice how he says the word ‘particalarly’. And they said W. couldn’t talk.

It’s one of those things where Obama is blowing off steam in an inappropriate way.

He cannot control himself or his statements. Someone this irrational should NOT be President.

PUTIN: Slouching, am I? You'll be slouching for a month when I knock that smug look off your pus.

I would love to see Putin shake Fairy Obama’s hand like a man but, that would be unseemly 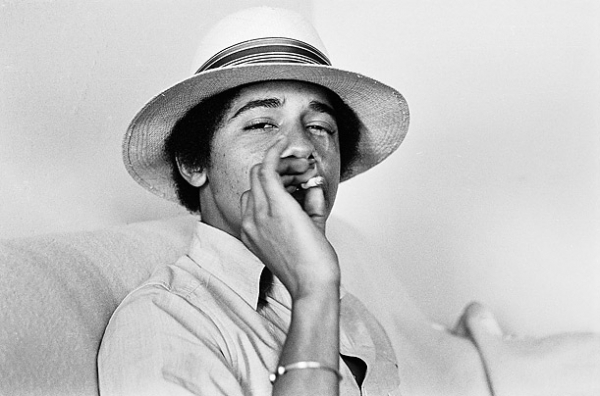