Former Florida Gov. Jeb Bush won’t confirm he’s a candidate for the next presidential race, but he sounded like a White House hopeful Monday, declaring his party in need of leadership. “I have a voice, I want to share my beliefs about how the conservative movement and the Republican party can regain its footing, because we’ve lost our way,” he told TODAY’s Matt Lauer. Bush said he wouldn’t rule out a run in 2016, “but I won’t declare today either.”

The Bushes have been disasters for the nation and the GOP;just country club get-along that seldom confronted the socialist agenda,and indeed,implemented larger government.

Nothing keeping Michelle from running, except maybe Hillary.

The cookie cutter candidate machine rolls on, one loser after another.

Yes, we do need LEADERSHIP, but not LEADERSHIP by RINOs but of TEA PARTY MEMBERS!!! 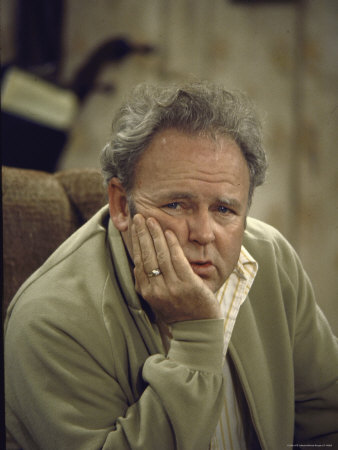 I always look for that Jesse Jackson quote in stories about Bushes and running for the presidency. You were first! :)

"Blessed are those who read aloud or hear the words written in this prophacy, and observe the things written in it, for the appointed time is near.
Comfort one another with these words."

"Look up! For your redemtion draws neigh."

(This is why the left doesn't want people to take biblical prophacy literally. It tells us everything the left leaning hearts are doing and where they're going with it.)

Two Bushes were two too many. Both were disasters and resulted in us getting 8 years of Clinton and now 8 years of Obama.

The senior Bush gave us Iraq I which resulted in the near overthrow of a tyrant but one who kept the Muzzies under control It also resulted in the loss of US lives and the spending of billions of dollars.

The second Bush brought us back to Iraq where the tyrant dictator was overthrown thereby resulting in a civil war, the loss of many American lives and the waste of hundreds of billions of dollars. Then, the second Bush got us involved in another war in Afghanistan supposedly to get Osama Bin Laden. Well, we all know what a disaster that has turned into.

Oh, and let’s not even get into his out of control spending which was the precursor to the spending by the present occupant of the White House.

One more Bush? I have two words for that, and they are not Happy Birthday.

Enough already! “Stay out the bushes” thank you jesse jerkson

90 posted on 03/04/2013 10:18:16 AM PST by ronnie raygun (Lexington and Concord Americans experience thier first gun grab attempt)
[ Post Reply | Private Reply | To 1 | View Replies]
To: Venturer
Bush’s are nice folks No. They are not. "If the people were to ever find out what we have done, we would be chased down the streets and lynched." - George Bush, cited in the June, 1992 Sarah McClendon Newsletter
91 posted on 03/04/2013 10:21:36 AM PST by Count of Monte Fisto (Republicans are to the Democrats as the Generals are to the Harlem Globetrotters)
[ Post Reply | Private Reply | To 7 | View Replies]
To: CdMGuy
Agreed, to push another Bush would be like acting out the scene from Monty Python/Holy Grail..."Um, l-look, if we built this large wooden badger..."

The RINOs are starting their engines. I guess we’ll just have to trust the GOP to select the next candidate - whoever is next in line and then throw our faith and loyalty and money in that direction. Afterall, that’s how we win elections!!!

Shut up, you Fat Fook.

Thanks a lot. Having a hard time keeping my bagel down with that picture in mind.

2016 Bush vs. Clinton, yet again.
No matter who wins, America loses.

A democrat’s dream come true. This family must live in a state of suspended reality.