DEFIANCE, Ohio - Mitt Romney rallied a large crowd in the high school football stadium here tonight after surprise musical guest Meat Loaf belted out an endorsement for the Republican presidential nominee to the crowd of 12,000 people.

Mr. Romney ended a three-city tour of Ohio here and then was to stay overnight at the Hilton Toledo Hotel, with no public events planned.

He is expected to fly out of Toledo Express Airport Friday morning to go to a campaign event in another swing state, Iowa, before returning for a rally Friday night in North Canton, Ohio.

Meat Loaf said he has never taken a public stand but said 2012 is the most important election in the history of the U.S.

"One thing you've been taught all your life is never argue politics or religion with your friends. 2012 is different," he said, telling people to argue on Mr. Romney's behalf. "I called three Democrats and got two of them to switch to Romney, so two out of three ain't bad."

Mr. Romney tailored his remarks to middle-aged workers, young people, and parents. He told college students that, "I know the President wants to get college students to come out and vote for him, but if they do, they're making a big mistake. Half of them won't be able to find a job or at least not one consistent with their college degree."

He said they'll also be stuck with "debts wracked up by me and my generation."

He vowed to cut federal spending, cap federal spending as a percentage of the economy, and get the country on track to a balanced budget. He claimed that health insurance costs will skyrocket because of Obamacare, which he said he would repeal.

But seriously folks (no, really!) Do Mormons eat meatloaf?

Ol’ Meat Loaf has more sense than nearly all Dems. Bravo to him.

That pic reminds me of the best meatloaf I ever ate, a venison meatloaf sandwich. Best travel food there is.

In two weeks the sun will shine again!

let’s see what the networks do with this tomorrow

LOL! The audience participation is the best! Can we get Meat Loaf and Ted Nugent to team up and do a nationwide conservative rockers’ tour?

This election is not as quite as important as the one that could’ve kept B.O. from becoming president in the first place. If I could take a time machine back and change some election results I’d start there. 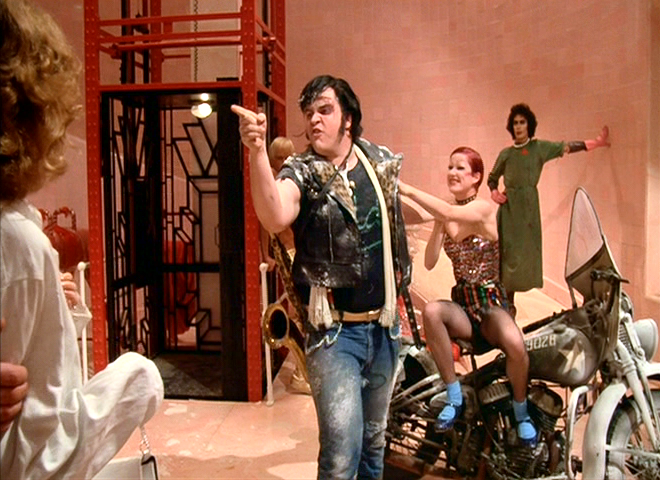 Operatic-like voice. What a voice!

TY TY RedWhiteBlue, I have never seen this video before, Pavarotti is a great favorite of mine. What a performance by Meat Loaf and Pavarotti. Meat Loaf can really sing. ( liked him before but..wow)

One of my favorite Meatloaf songs

Paradise by the dashboard light

When I tell My Liberal Rock and Roll friends they are going to die!!!