Understatement of the decade.

Ranks right up there with "You have nothing to fear from this man...."

I hope the wife didn't mail those ballots today, good grief Tokyo Rove and the idiots on tax cuts. He may well lose this tonight, no matter how you cut it he is light weight in every category except nice.

441 posted on 10/22/2012 6:39:12 PM PDT by itsahoot
[ Post Reply | Private Reply | To 413 | View Replies]
To: Individual Rights in NJ
Obama must have had these questions, his reposes are completely canned and pre-written. It is obvious to anyone. No one speaks the way he does answering off-the-cuff. Impossible.

Obama doesn't have to bone up to answer questions like that. He just turns on the automatic Socialist spew machine. It's been programmed into his head since childhood. It's why he sounds so droning and platitudinous. Few specifics - nebulous, mushy, indistinct.

The man can talk fast, but when you're done listening to him, you sort of blink and wonder what the heck he just said. It's because it's all mush. Just like his head.

Once again, on split screen, Obama looks at Romney with contempt. He also did not start out thanking his opponent, the University, and Bob, like Romney did...

Obama already has talked about education. Get back to Libya etc.

“Can you define foreign policy?” Obama asks “Can you use in a sentence, please?”

Romney: “This is not a spelling bee”

Please, no. Praying that Romney wouldn't fall for the usual Chicago thugery.

Would be a good way to end it.

R - That was actually mine; You got that fact wrong. LoL.

Why is Obama getting away with saying our ally Israel? Everybody knows Obama is no friend to Israel and knows Obama had no time for Benjamin Netanyahu - Romney call him on this!

Mitt, if this is some kinda rope a dope thing you’re workin’, NOW is the time to clean the traitor maggot’s clock !

This debate is a travesty. Shieffer is a big part of it, but Romney is screwing up royally.

Hussein is a walking, talking LIE. 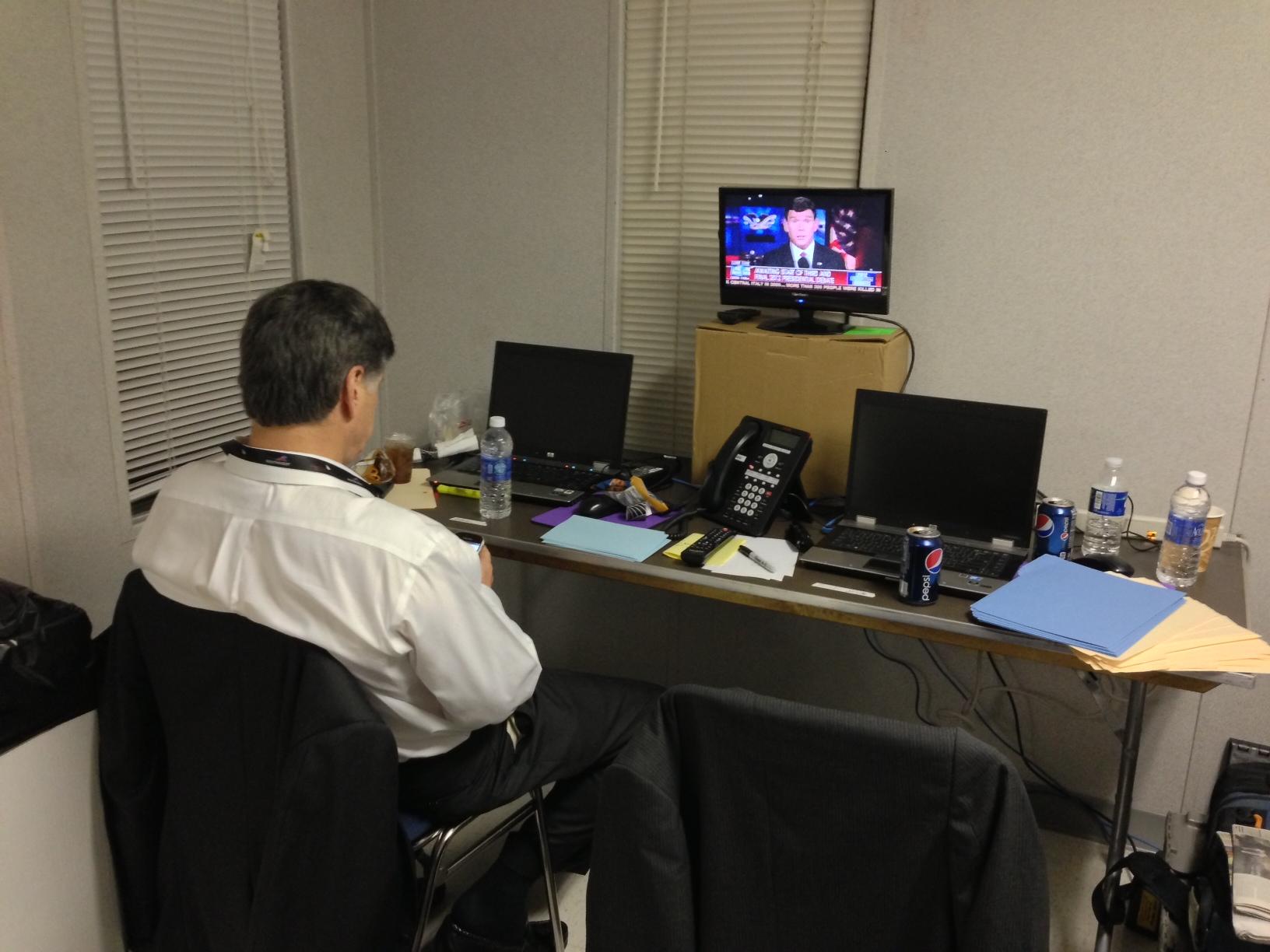 Too many worry warts here..Romney is doing fine, this is a snoozer, 80% of the country has no clue what theyre talking about in this debate..

Romney looking presidential is all that matters here.

#debates Obama fought against oil drilling. Obama's attacks on Romney are ridiculous. Romney very good in bringing it back to economy

watching the voter dials on CNN....actually in the negative when Romney spoke about repealing obozocare...a lot of negatives for Romney on these dials while ayatollah obama has had a fair share of positives..

It is not good.

Obama getting all the last words, and all the first “clear statements”

He just needs to call this man out. Foreign Policy should have been a slam dunk, instead it is The Giant letting Deshawn Jackson beat them on a 0 second left punt return.

Romney completely blew it on Libya! I’ll NEVER understand why!

He’s done superbly since then, now that they’re talking economy.

The Marxist is showing desperation by making it personal.

I’m not at that happy with this debate, but I’ve likely missed some very good points.