NORTH TEXAS (CBSDFW.COM) – It’s a case of a woman with burned buttocks, literally! A Dallas Cowboys fan is suing the organization and owner Jerry Jones over burns she says she received because of their negligence.

Jennelle Carrillo, of Cleburne, received severe burns to her backside after allegedly sitting on a bench outside Cowboys Stadium.

“She sat down on this black bench, outside an entrance and unfortunately she suffered third-degree burns as a result of it and had subsequent skin grafts,” explained Carrillo’s lawyer, Michael Wash.

The incident occurred in August of 2010, when Carrillo attended the Blue & Silver scrimmage football game. Temperatures on the day of the game were reportedly more than 100 degrees.

Wash said his client didn’t stay for the game. “She knew, while she was there at the stadium, that she had received some burns. But she didn’t realize how serious they were until she received medical attention.”

After seeking that medical attention Wash said Carrillo was “hospitalized for about a week [and] had some very serious injuries.”

Part of the lawsuit, filed in Tarrant County civil court, states specifically, “The bench was uncovered and openly exposed to the extremely hot August sun. The combination of the nature of the black, marble bench and hot sunlight caused the bench to become extremely hot and unreasonable dangerous.”

The suit goes on to state that the stadium didn’t warn Carrillo or others about hot bench dangers and that there were no signs posted warning that the bench was hot.

Wash said his client suffered mental anguish, physical pain and disfigurement as a result of her wounds.

Carrillo isn’t seeking a specific amount from those named in the lawsuit, but is suing to get a jury trial and payment of court fees, interest and a damage amount determined by said jury.

The Dallas Cowboys are staying mum on the issue, as their policy is not to comment about ongoing litigation.

In Texas it’s dangerous to sit in an old car with vinyl seats. My people called it naugahide. They stopped making it. I guess the naugas were hunted to extinction.

sometimes i wish i were a dumb ass so i could do something so stupid and sue somebody over it...

No, they just learned to hyde during huntin’ season. :-)

Who the heck puts a black bench in a region where it gets very hot? They should be sued over this one.

Well, in this case, I am with the lawyers. Good grief. A black marble bench in the Texas sun is as hot as a skillet.

Not many people have the experience nowadays, and they danged sure didn’t learn about black bodies in school. It was stupid of the designer to put it there. Even in a winter sun it would be near body temperature 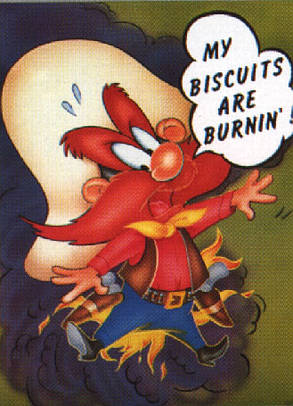 Anything for a buck.

Put some ice on your fat ass!

Most people with a brain as small as a pea would still have the common sense to immediately jump up off a hot seat.

However, we can blame this one on Obama’s green energy fiasco. The solar seat (the hot bench) was warmed by the sun to eliminate the need to use fossil fuel to warm the bench. However, when a stupid, lard assed woman sat on it, it overloaded the solar system and it fought back in it’s own way.

Must be that liberal schooling - not smart enough to know that the Sun makes things hot, or that pain means “get your fat a$$ of the bench, idiot!” The next time I cut myself shaving, I’m going to sue Gillette for everything they have because they manufactured a sharp object and told me to apply it to my face...

When I was young I had a friend whose mother was from Arizona. When the family would take trips to Arizona from Wisconsin to visit her family, it had to be during the summer vacation. My friend would recount all the precautions they had to take not only getting there (extra water bags) but also all the things they had to be careful not to touch in the Tucson, Arizona sun.

Sorry Ms DUMB ASS..
You do not deserve one “red” cent for your own stupidity.
Its 100 degrees you see a black stone bench sitting in the sun and you sit down on it long enough receive burns.
Your choice your problem..............

She was burned so bad that she needed grafts but didn’t notice?

Was she passed out?