DENVER -- The psychiatrist treating accused Aurora theater gunman James Holmes was so concerned about his behavior that she notified other members of the University of Colorado Behavioral Evaluation and Threat Assessment, or BETA, team that he could potentially be a danger to others, sources with knowledge of the investigation told CALL7 Investigators.

TOPICS: Crime/Corruption; Government; News/Current Events
KEYWORDS: cu; guncontrol; holmes; jamesholmes; murder; psychiatry
Oh, but its gets better. As one reads further it turns out that,

Dr. Lynne Fenton, who treated Holmes this spring, contacted several members of the BETA team in separate conversations. According to the university website, the BETA team consists of "key" staff members from various CU departments who have specific expertise in dealing with assessing potential threats on campus. And, sources say, officials at the University of Colorado never contacted Aurora police with Fenton’s concerns before the July 20 killings.

Then we find Holmes purchased the paramilitary rifle he used in the attack on June 7, and that some of these contacts may have occurred before June 7, meaning the university might well have had time to repot him to authorities and get him tagged so he couldn't have purchased the weapon. This, of course, doesn't even include what his family may well have know about him and the reports that weren't made but probably should have been.

Looks like the problem's nut control, not gun control.

Can anyone imagine a less effectual group than a “threat team” at a left wing university? Their idea of a threat is Chick Fil A.

It seems we have another leftist University failing to advise the appropriate government authorities that they have a person on their campus that could be dangerous.

CU sure looks like Penn State’s handling of the Sandusky coverup. 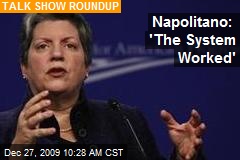 I don’t know how this entwines with a patiemts right to confidentiality, but certainly it shows that this person diodn’t do this on the spur of the moment.

Those killings were the result of cold-blooded planning and premeditation.

This man should get to meet his maker as soon a possible.

It would be an atrocity if he weren’t executed inside of a year.

Now some people feel that ,mentally ill people should not be executed. my feelings are exactly the opposite. If a person has killed and is crazy enough to kill again he should be gotten rid of as soon as possible. Why should we place prison guards and hospital orderlies at risk while imprisoning these killers?

My reading of this situation tells me that laws, regulations, and the fear of possible lawsuits probably got in the way of any action being taken here.

7 posted on 08/02/2012 7:04:40 AM PDT by stayathomemom (Beware of kittens modifying your posts.)
[ Post Reply | Private Reply | To 1 | View Replies]
To: libstripper
So, whom did the BETA team contact? What did Holder know and when did he know it? What did Obama know and when did he know it? We know now that Holder and Obama were willing to help murderous Mexican thugs in order to push for gun control. What would they be willing to do in order to change the subject from "you didn't build that" and "the economy is in the toilet"?

8 posted on 08/02/2012 7:13:56 AM PDT by Ragnar54 (Obama replaced Osama as America's worst enemy)
[ Post Reply | Private Reply | To 1 | View Replies]
To: stayathomemom
Holmes would appear to be an archetypal product of the liberal public education system.

I still wait to see if he was a Prozac ZOMBIE like the columbine shooters - incapable of doubt or remorse. That would probably not be publicized, just as columbine.

The left-wing, liberal, Democrat, Obamabots professors in CU protecting and shielding one of their own “dirt bags”!!! Almost willing to bet that Holmes is a dyed-in-the-wool Obamabot, up to his murderous eyeballs in the Obama founded “Occupy Wall Street”!!!

My heart and prayers go out to the devastated families that lost loved ones, and...those folks that had loved ones seriously wounded or injure by this low life, dirt bag!!! This nutcase had caused untold pain and sorrow on hudreds of innocent people, and.....the Colorado Governor, the Aurora City Mayer and the Colorado authorities are treating him like a rock star. Shame!!!

Let us, we the people, have the true facts about this violent, hateful killer of innocents!!!

re: My reading of this situation tells me that laws, regulations, and the fear of possible lawsuits probably got in the way of any action being taken here.

Absolutely! And even if they had reported him to the police, do you seriously believe that the police would have done anything more than file a report? Until something serious happens most law enforcement agencies do not get involved.

11 posted on 08/02/2012 8:37:02 AM PDT by Nevadan
[ Post Reply | Private Reply | To 7 | View Replies]
To: libstripper
I'm glad she at least did her job and recognized who this guy was.
Easy to criticize others in the process for failing. I would guess the reality of things makes it harder to take action than many of us realize.
Everyone involved will have this to live with