Adding at least 159 new federal commissions and boards(my emp.) for healthcare reform seems like a great way to increase efficiency and access to medical care while at the same time decreasing costs.

WRONG! Adding one new federal agency is one too many.

Below is a list of new boards and commissions created in the Obamacare bill.

TOPICS: Crime/Corruption; Front Page News; Government
KEYWORDS: 2012; bhofascism; obama; obamacare
The next shoe to drop is this little known unconstitutional law tyrannically imposed by Obama: (Obamacare’s Other Unconstitutional Provision) Please read this and pass both articles on to your lists, news papers etc. Wake Up People!
1 posted on 05/16/2012 11:18:36 AM PDT by yoe
[ Post Reply | Private Reply | View Replies]
To: yoe 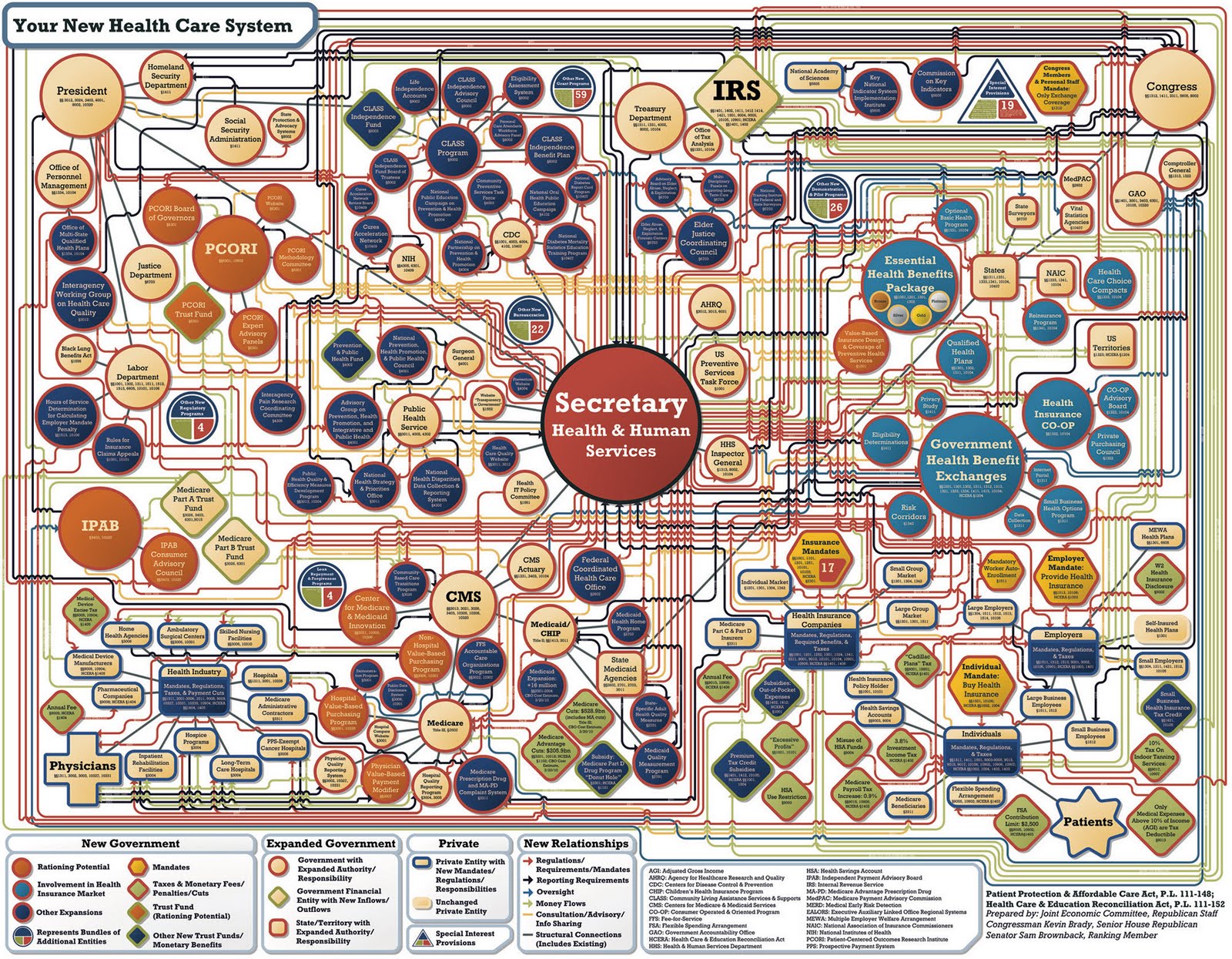 Each of these new agancies will have new rules, hundreds of new people.You will have no idea who to contact about a problem as they shuffle you around like a 3 card monte game.

The whole bill is insane.

Nancy Pelosi should be tossed out on her ear for this mess.

“If you have ten thousand regulations you destroy all respect for the law.” Winston Churchill

“The whole bill is insane.’

The insane are probably the only people who could understand this.

The UK National Health System employs 1.7 million people (5th largest employer in the world) to deliver health care to a population of 59 million people and that is with a single health care payer and mostly government owned hospitals and clinics. The number of bureaucrats needed to staff these 159 new agencies and commissions as well as the regulators in HHS and the state health care cooperatives based on this experience would be staggering.

The insane definitely wrote it.

8 posted on 05/16/2012 5:20:12 PM PDT by Venturer
[ Post Reply | Private Reply | To 5 | View Replies]
To: The Great RJ
The UK National Health System employs 1.7 million people (5th largest employer in the world) to deliver health care to a population of 59 million people and that is with a single health care payer and mostly government owned hospitals and clinics