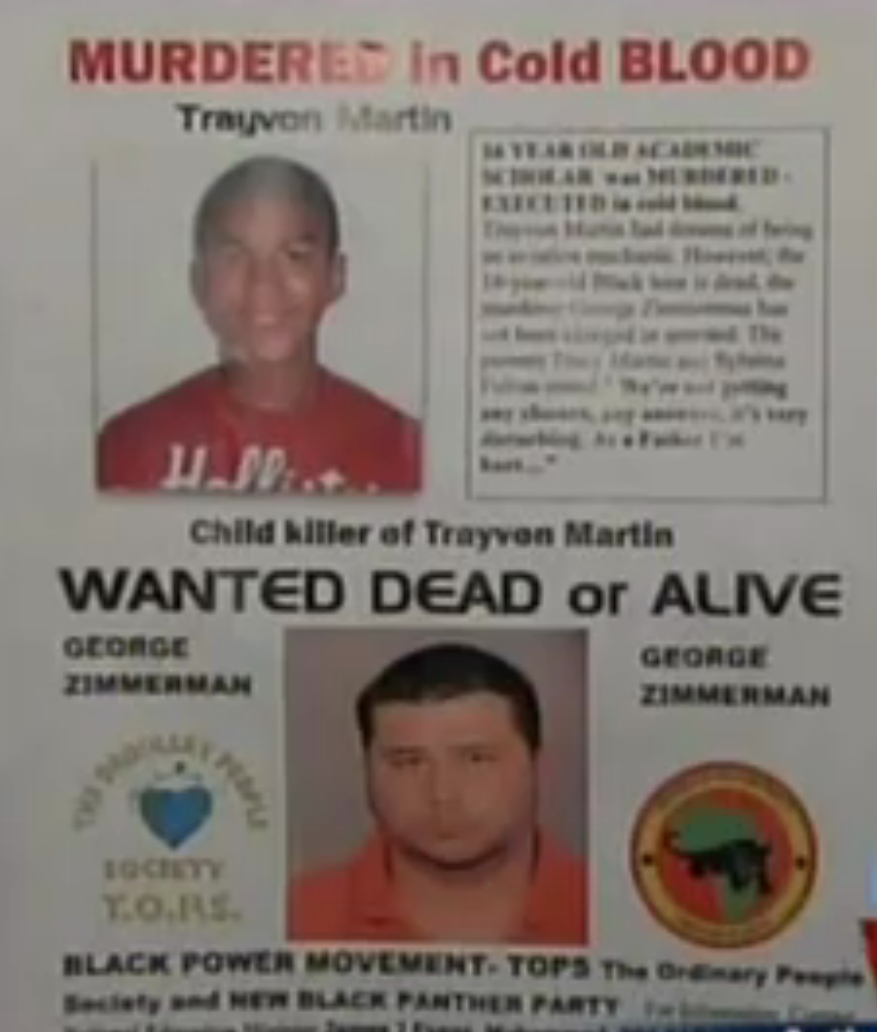 9 posted on 05/09/2012 1:55:27 PM PDT by RightOnTheBorder
[ Post Reply | Private Reply | To 1 | View Replies ]
To: libstripper
I counted 9 people in this "white supremacist group" which tells me they're a group of nut jobs who've probably known each other for years and have nothing better to do. Have they put a bounty on anyone's head? Are they standing outside of a polling place brandishing billy clubs and intimidating people from voting? No on both counts. This sounds like a put up job to me. An attempt to get the minority base frightened into going to the polls.

The `New Black Panthers’ have a Atlanta branch. Isn’t the Southern Poverty Law Center in Georgia?
http://www.splcenter.org/get-informed/hate-map#s=GA
Nothing on their `hate sites’ about the `NBP’ party.
The (old) Black Panthers have nothing to do with them. Maybe they aren’t listed because they’re a bunch of posers, a joke.
Note the Dees’ people do list the Nation of Islam but the SPLC is still a knee-jerk, left-wing outfit.
In any event, they have a `Dead or Alive’ reward for G. Zimmerman on their site with his face in cross-hairs.
Why aren’t the states and feddies going after the NBP?

They must have mis-interpreted the intentions of The Racist-In-Chief and his top law thug, "Dick" Holder, from their race-baiting "vague" pronouncements on the Trayvon matter.

...because his use of deadly force was alleged to be protected under Florida's 2005 Stand Your Ground law.

Those three blatant lies, weeks after they have been publically debunked, make every word of this article suspect.

27 posted on 05/09/2012 5:28:10 PM PDT by TigersEye (Life is about choices. Your choices. Make good ones.)
[ Post Reply | Private Reply | To 1 | View Replies ]
To: libstripper
In our Tampa newspaper yesterday it said they were guilty of (paraphrasing a little) "Paramilitary operations meant to disrupt civil order" which, the article went on to say, was a violation of Florida's "hate crime laws".

This is interesting because it means you are a criminal if you are doing something legal, but with the wrong intent. This might be like saying that buying fertilizer is a crime if the intent is to make a bomb (which, obviously, it's the making of the bomb itself that is more properly considered the illegal act).

I also find myself wondering if they were "planning a race war" or "planning for a race war", which are two entirely different things. The article seems to be deliberately vague on that.