Could the Ten Commandments be reduced to six, a federal judge asked Monday.

Would that neutralize the religious overtones of a commandments display that has the Giles County School Board in legal hot water?

That unorthodox suggestion was made by Judge Michael Urbanski during oral arguments over whether the display amounts to a governmental endorsement of religion, as alleged in a lawsuit filed by a student at Narrows High School.

After raising many pointed questions about whether the commandments pass legal muster, the judge referred the case to mediation - with a suggestion:

Remove the first four commandments, which are clearly religious in nature, and leave the remaining six, which make more secular commands, such as do not kill or steal.

Ever since the lawsuit was filed in September amid heated community reaction, school officials have said the display is not religious because it also includes historical documents such as the Bill of Rights and the Declaration of Independence.

"If indeed this issue is not about God, why wouldn't it make sense for Giles County to say, 'Let's go back and just post the bottom six?'" Urbanski asked during a motions hearing in U.S. District Court in Roanoke.

"But if it's really about God, then they wouldn't be willing to do that."

After delaying a ruling on the lawsuit, Urbanski directed attorneys on both sides to meet with Magistrate Judge Robert Ballou, who will lead mediation sessions in the coming weeks.

If those discussions do not produce a settlement, Urbanski must decide whether the school board had religious intentions when it voted 3-2 last June to put the commandments back up after angry public reaction to their earlier removal.

That decision will be guided by a myriad of precedent-setting cases that have prohibited the Ten Commandments in schools and other public buildings, such as courthouses, while permitting them under certain, narrow circumstances.

There is no federal case allowing the commandments in a school, said Rebecca Glenberg of the American Civil Liberties Union, which represents the student. While Urbanski agreed, he called the details of the Giles County dispute "very nuanced."

Because the commandments appear with other historical documents, and because they are mentioned in the curriculum of Giles County schools, there's reason to find the board had a secular mission when it approved the display, argued Mathew Staver of Liberty Counsel, a Christian-based law group that is defending the county.

While allowing for that possibility with the board's 3-2 vote last June to put up a multidocument display, Urbanski said it clearly was not the case earlier in the year, when the Ten Commandments issue erupted into controversy.

After the commandments were removed in response to a complaint from the Freedom From Religion Foundation, the school board reversed course in January 2011 after more than 200 angry residents packed a meeting to complain.

At the time, no one was clamoring for more historical documents in the schools. They were furious about the removal of the Ten Commandments, the ACLU argues, and the school board appeased the masses and violated the First Amendment with the same vote.

Urbanski noted how one board member thanked the crowd for turning out to support the commandments.

"That's not an endorsement of religion?" he said. "Come on.

"It's clear to me that when the school board voted, there was only one thing on their mind. And that was God."

But does that improper endorsement of religion taint the school board's later decision, made on the advice of Liberty Counsel, to take the commandments back down and replace them with the current historical display?

That will be a question for the judge if the mediation fails.

A key issue in the case will be whether there is a secular basis for the school board's vote -- "as opposed to responding to a religious fervor," Urbanski said.

At Monday's hearing, Urbanski was asked by both sides to grant their motions for summary judgment, which assume that the facts are not in dispute and the matter is ripe for a legal analysis. The ACLU wants Urbanski to order the commandments be taken down; Liberty Counsel wants him to dismiss the lawsuit.

Not long into oral arguments, Urbanski posed his suggestion about removing the first four commandments.

Staver, who has studied countless Ten Commandments cases and argued one before the U.S. Supreme Court, said after the hearing he was not aware of such an outcome in any such case.

In court, Staver first said there was no legal reason to edit the commandments. When pressed by the judge to say whether the county might consider it, he said the question had never come up before.

"Well, it's going to come up today," Urbanski said.

What remains unclear is whether the county would be willing to make such a move - likely to produce more political turmoil - during future discussions to come from mediation.

In suggesting the compromise, Urbanski cited the potential of Giles County facing huge legal bills. Although Liberty Counsel is representing the board for free, it would have to pay the ACLU's legal costs should the student prevail. Two rural counties in Kentucky were stuck with a $450,000 tab in a similar case.

The judge said that "in today's economic climate, with school boards as taxed as they are ... financial issues are real issues."

The board may not have many options, said Wat Hopkins, a Virginia Tech communication professor who studies First Amendment law.

"It was not a good day for Giles County," said Hopkins, who sat in on Monday's court session. "He kind of left them with one door to go through."

Without the first four, there’s no reason to keep the other six.

Yep! I’m sure G-d would be in favor of this compromise, after all he is known for compromising on HIS laws ...

Judicial decrees are becoming sillier by the day.

Why not just teach the last 15 letters of the alphabet?

Urbanski is an Obama appointee, so he was appointed by god, don’t you know? Obama does.

10 Commandments - The Greatest Hits Edition? Or a 'Split' Decision... 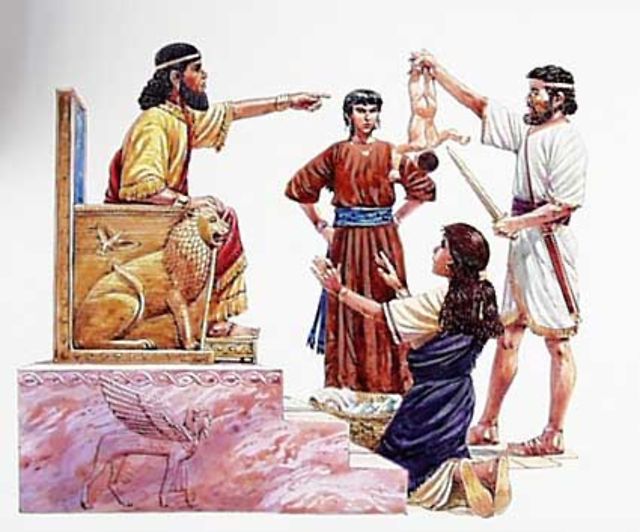 8 posted on 05/08/2012 7:02:16 PM PDT by JediJones (From the makers of Romney, Bloomberg/Schwarzenegger 2016. Because the GOP can never go too far left.)
[ Post Reply | Private Reply | To 1 | View Replies]
To: Kaslin
The 10 commandments are historical. To remove 4 of the comandments would be to take them out of historical context.

That's the secular argument for leaving them in and whole, in my humble opinion.

“Christian” churches all over the country pick and choose which commandments they want to preach. Sad.

It's got some really harsh stuff in it.

Without the Lawgiver, there are no laws.

We are a nation under God, therefore, saying “God” or “Lord” does not establish or endorse any particular religion, but it is all about Absolute Truth—One standard of Right and Wrong. It is God’s (of the Bible) standards and government has no power to censor religious speech-—particularly the Founding Principles embedded into our Judicial system. They need to uphold the belief in God—for that is where our Natural Rights come from as stated in our Founding Documents.

Atheist should not be allowed to become judges or sit on juries or be in the legislature or be President...they didn’t used to allow it when we were a Constitutional Republic. The ideology of Atheists/Communists/Satanists are incompatible with our Judicial system of Objective Truth. You are basically required to take an oath to God since He is the most important part of the Constitution, which demands a belief in God. Without God—there can be no Natural Rights from the Creator. 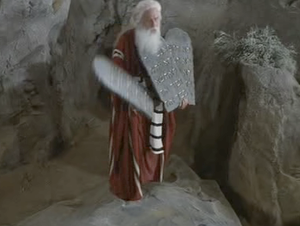 Geez, we've already cut them down from 15.

I would like the judge to explain which religion are the Commandments a part of? Seems to me, there are a few.

If they use the Catholic and Lutheran counting of the commandments (which is said to go back to St. Augustine) they keep 7 and skip the first 3.

How totally absurd is this???? cutting out some of the Commandments would take out the RELIGIOUS OVERTONES of the 10 Commandments?????? I think I’ve heard it all now!

19 posted on 05/08/2012 7:39:32 PM PDT by FrdmLvr (culture, language, borders)
[ Post Reply | Private Reply | To 1 | View Replies]
To: Kaslin
So we're going to censor the Commandments? Forget about a commandment prohibiting that, isn't there an Amendment that talks about this?

Of what value would displaying the "6 Federally Approved Commandments" be?