Frank discussion re our loss to Obama/Romney and the future direction of FR and tea party movement
Click here to pledge your support! ^ | May 4, 2012 | Jim Robinson

And thank YOU for giving Conservative Americans the BEST forum for traditional American thinking and values and the opportunity to express what so many other media and discussion forums refuse to provide.

That's why I put him in for Sec'y of Transportation -- a position that most Administrations give to a member of the other party just to show they are able to reach across the aisle!

Thanks,Jim...well-said. I’m looking at my vote for Romney as a vote against four more years of 0bama-something that this country cannot sustain.We are on the brink,and it’s time to just sigh deeply,hold our collective noses and pull that lever.He’s only one man,and, by voting conservative down the line for congressional candidates,we can help keep Romney in check for the duration,then Sarah can step up in 2016 and finish the repair job that we so desperately need.

1,504 posted on 05/09/2012 10:11:31 AM PDT by gimme1ibertee (If you want to kick a tiger in the ass, you better have a plan for dealing with his teeth.)
[ Post Reply | Private Reply | To 1 | View Replies]
To: Finny
Interesting account about the Japanese farms. The fact has always been overlooked that Adam Smith was a moral philosopher who asserted that capitalism cannot survive without a moral base. John Adams said the same thing about our Constitution.

People who fail to understand that predatory practices are bad for capitalism, and for a free society, are the socialist's best friend. They make all the snarky political cartoons come true.

If Romney's business practices were as predatory as advertised, Gingrich was right, Rush and all the rest were wrong.

1,505 posted on 05/09/2012 2:34:52 PM PDT by hinckley buzzard
[ Post Reply | Private Reply | To 1464 | View Replies]
To: Savage Beast
Whether or not Romney be the candidate is beside the point. It makes no difference who the Republican candidate is, the dark scenario you describe still holds.

But it would make a difference should the Republican candidate win.

I Guess you know this, but Kant says we can’t know anything about you.

Nietzsche doesn’t even think you exist.

Just had to point that out. 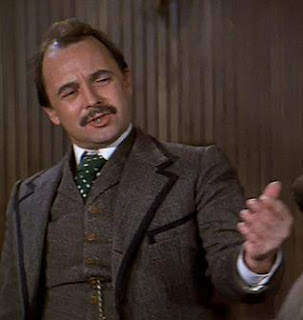 "Y'know Nietzsche said that 'out of chaos comes order'."

And for good measure, see what Ambrose Bierce has to say. Works on a number of levels, doesn’t it? I like it when someone figures it out...

On Ambrose Bierce...I had to look it up, I confess...but BRILLIANT!

Many Freepers will vote for Romney, as I will. We need Obama out and that is all that remains between a semblance of our once Great Nation and total Socialism.

Many of my friends here have already quit coming in and have joined other forums.

I have stayed to do my best to defeat Obama for a second term
of theft and socialism.

We can all agree to disagree, on Romney but getting the Vote out to defeat Obama and his Czars, MSM, and Communist friends is the first order of work we need to undertake.

God Bless You All!

The Death of Common Sense obituary along with the majority ignoring a few simple tools like Occum’s Razor (the simplest explanation is usually the correct one) and Show Me the Money (ie follow the money trial to uncover the reasons) are at the heart of most of our problems.

Like you, I hope fervently that at least Common Sense experiences a resurrection between now and Election Day.

1,514 posted on 05/12/2012 4:25:55 AM PDT by CanuckYank
[ Post Reply | Private Reply | To 1451 | View Replies]
To: CanuckYank
Yes, but (unless I have misinterpreted a quick scan of your recent in-forum posts) unlike me, you think common sense means for about 60 percent of Republicans to ignore their better judgment and vote for Romney SOLELY because they -- like you -- are paralyzed with the fear that Obama's delusions of grandeur and power aren't delusions.

You are absolutely CERTAIN that Obama could do all kinds of horrible things. I got news for you. Four years ago, a lot of folks like you were AS CERTAIN that we'd not have 2010 midterms, and AS CERTAIN that if Clinton won a second term it would be the end of America.

I know people are rationlizing their vote for bad, disgusting Romney as their "only choice" and that it is the only way they can vote "against" Obama. Both rationales are wholly false, and furthermore, those rationalizing their reluctant vote for Romney are entirely ignoring 50 percent of the equation of voting to show their support for installing a full-blown big nanny government statist to assume the most powerful position in the Republican party. FRiend, that is PLUMB NUTS, zero "common sense" is involved.

The death of common sense is actually signified by the fact that such folks are ONLY seeing the half signifying what they're voting against, and ignoring the other half, which is that as much as their vote is against Obama, it is FOR Romney, who has a demonstrated, documented RECORD of being an agent of advancing ALL of the big government statist immoral issues I and many of us have been voting Republican all these years to OPPOSE.

Talk about the death of common sense!

Yes.
That and the fact that he is a conservative's crazy uncle and would never be able to pass those admittedly desired ends corresponding to "conservative bonafides".

Plus the fact that he isn't a conservative, he's a libertarian (as well as your crazy uncle).

I am glad that what you say is true. I am familiar with the ‘hard shell’ types, having attended Evangel College in 1975 and 1976, but am not one.

There used to be such a thing as Christian Liberalism, in contrast to the monarchists and socialists who ever sought to increase state power. Christian Liberals pointed out the inefficiency and corruption of government programs, and as a counter, developed and provided private charity.

Christian liberals began the abolition movement, and saw it to fruition. Beecher was a famous abolitionist preacher, and his daughter, Harriet Ward Beecher Stowe wrote “Uncle Tom’s Cabin” which laid out the essential honesty of “Uncle Tom” and personified the evil of the slave power in Simon Legree.

The modern conservative movement is based on what is sometimes called classical liberalism, a counter to the progressive movement. As the Progressives once again pushed greater government power, and the paternal care of the ignorant slaves (this time not just blacks) the classical liberals continued to provide private hospitals, private dormitories for the indigent, and offered paths to prosperity through private colleges. State colleges and teacher training schools (normal schools) were developed, funded by federal land grants. Homestead acts provided opportunity for millions.

As reward for these many successful programs to help the helpless, the progressives called them ‘Social Darwinists’ to provide a strawman contrast to the Progressive Eugenics movement. The progressive Margaret Sanger sought to put her Eugenic Principle into practice by aborting as many children children of ‘inferior types’ as possible.

You don’t have to be a Christian to be opposed to lies, theft, slavery, torture, kidnapping and murder. Many Jews are also, and take seriously the Talmudic direction to look at slavery as if bound with the slave. Many atheists see that theft and slavery lead to a society worse in all respects than a society of free people, and thus need no religious sanction to oppose the progressives. Pagans, a smaller minority even than atheists, thrive on freedom, and would lose religious liberty under the mandatory atheism of the progressive movement.

I would appoint Eugene Volokh. The courts need the technical expertise that he, or someone like him would provide. If not him, I would chat quietly with him to see who he thought could be a candidate.

MMMMMMM, let’s see if I can clarify my personal position a bit:

(1) FACT: OB has single handedly trashed much of the Constitutional protections spelled out for us by the FFs (EOs up the wazoo, appointment of unvetted Czars, filing suits against states, ratcheting up racical tensions, funneling money to cronies through bogus “green projects”, expansion of HSD/TSA/DOJ/ATF atrocities etc, appointment of Supreme Court Justice with OBVIOUS conflicts of interest, etc, etc)

HE NEEDS TO BE GONE, PERIOD. While the next guy (ABSOLUTELY MUST BE NON-Democrat) may not be our dream leader, we HAVE TO assume he will not be as bad or worse than OB - if we can’t assume that, then we are indeed doomed, because this nation CANNOT survive more of OBs Presidential Management Style/Behavior.

(2) FACT: Essentially ALL of the current members of the DC Power Wielding Elites also need to be GONE, because they ALL, like a spouse in a poisoned marriage who forgives and ignores the abuses perpetrated against them, have acted as ENABLERS of OB in committing his unspeakable crimes against the citizens of this nation. (Recent polls indicate that a substantial percentage of the US Voters agree with me and would like to replace the ENTIRE CONGRESS!)

Without BOTH of these events taking place, the cancer that has permeated DC to its core will continue to rot and pervert most if not all newcomers to the cesspool.

Perhaps you don’t agree with me as to the dangerous state of decay that has slowly developed in DC and eaten away the morals and ethics that are ESSENTIAL to any sort of “... by, of and for the people ...” governing as envisioned by the FFs, and that is your right obviously. However, you mischaracterize my positions when you state that I am “... paralyzed with the fear that Obama’s delusions of grandeur and power aren’t delusions.”

I submit to you that there is AMPLE evidence to the contrary, and that OB has been VERY successful in his plans.
(1) He told us what he was going to do (”...join me as we FUNDAMENTALLY change America ...”)
(2) He has done much of that (OBcare, Bailouts and the other points listed above)
(3) He is now telling us what he did (re-election campaign bragging)

Ips facto (I think), his delusions are not delusions, they are plans and successes, IMHO, based on the obvious evidence.

And, while I too have many reservations about Romney, WHERE do you come up with that figure of 60% of Pubbies disapprove/won’t vote for him???? Please provide a link, I’d love to review that poll.

I fear that your view of reality is in very soft focus if you truly believe your statement about “delusions”, and I don’t think that sort of view of OBs record shows any common sense at all.