Republican presidential candidate Rick Santorum released four years of federal income tax returns on Wednesday night, showing a sharp rise in his personal wealth spurred by his growing work as Washington-based corporate consultant and media commentator. Santorum's returns show that his federal income taxes rose from 2007, when he paid $167,000, to $310,000 in 2009, then dropped to $263,000 in 2010. During that same period, his annual income surged from nearly $660,000 in 2007 to $1.1 million in 2009 before slipping to $923,000 in 2010. That amounts to an effective tax rate of about 28.5 per cent for the latter year, a significantly higher rate than Mitt Romney's effective tax rate of 13.9 per cent in 2010.

bet that’s a lot more than Obama paid as well

I’m a Rick Santorum backer so this article actually bolsters my candidate. However, as conservatives we should not be sucked into this debate about who pays more as a percent of federal taxes. Romney’s money comes mostly from investment, therefore he’s not subject to the income tax rate that Rick is paying. Who cares???? Do we want to squeeze off investment in this country? I don’t. We want to spur investment and you do that by keeping the capital gains taxrate low. Let’s not get sucked into the lefts argument.

The only time this whole thing about taxes is relevant is if a candidate cheated on his/her taxes. If they played by the rules and paid their taxes, then that should be the end of the discussion. 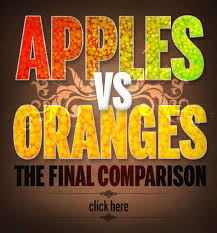 All this tells me is that Santo needs to get a new accountant.

I’m with you. These attacks from the left seem to be expanding into whole new areas and frankly need to stop lest we destroy ourselves.

Hey, I'll go you one further than that. How about we strike down the 16th amendment, do away with all income tax and just go with a consumption tax. At the very least, we should have a very flat tax that is two tiered at most with no (and I mean no) loopholes.

The point is, Romney played by the rules and paid his taxes. We as conservatives should not be falling into this trap set by the left of complaining how much (percentagewise) Romney paid in taxes. We are not the party of equality of outcomes, we are the party of equality of opportunity. When the left brings this up, we should ask them to start by getting rid of tax cheat Timmy Geitner. Someone who truly skirted the existing tax laws.

Santorum is a good man, a giver and helper of the poor and yet an enemy of the evil social justice leeches and communists of America.

Exactly this is definitely not something to be proud of

So? Does that prove he’s more honest and noble or that he has a lousy accountant? This is the silliest comparison yet.

It just means he is paying income tax and Romney is paying capital gains taxes (which the principle has already been taxed once). This is a non issue, just a result of taxing income at a higher rate than taxing wealth.

Show us the varying income sources and amounts then maybe a worthwhile comparison can be made.

I absolutely don’t care. Everyone ought to try to pay as little tax as legally possible.

I give the Zero, zero.