Coulter on feminism: ‘All pretty girls are right-wingers’
The Daily Caller ^ | February 10, 2012 | Caroline May

Navigation: use the links below to view more comments.
first previous 1-20, 21-40, 41-55 last
To: FerociousRabbit
Well, that certainly leaves Coulter out. On both counts.

That was the first thought that popped into my tiny brain.

She supports Mitt...and she just isn't that pretty.

The friend and supporter of my enemy is NO friend of mine.

Ann Coulter is 100 percent for Romney, she is NO friend of any conservative, she has absolutely jumped the shark. 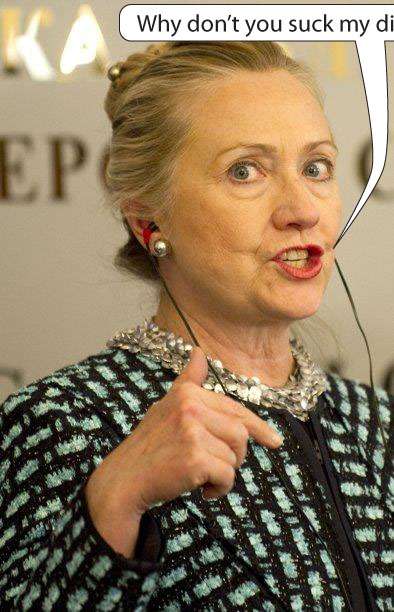 At least the spokeswomen for the two parties hold true to her statement.

Regardless of Ann Coulter’s jumping the shark.

Beauty come from within, and liberal women have venom in their souls.

Of course, right side women are beautiful, we don’t murder our babies and trivially it call a choice.

We believe in judging people by the content of their character, not by their gender, skin color, or what they chose to do with their genitals. We believe that there are things that should be private.

We believe in what the founders of our Nation fought for, free speech (not politically correct speech), freedom of religion, not from religion, and the right to use fire arms to protect our family.

We love our spouses, our children, our grandchildren, and the opportunities our country has given us.

We don’t feel oppressed, we feel blessed. We are happy with our lives. No wonder we are more beautiful!

And doing so with twisted logic. It might be constitutional for a state to do RomneyCare, but it sure is not conservative as Coulter tried to imply.

The big problem for things like that is that it leaves the government free to start putting financial sanctions on states that don't do RomneyCare, and giving bribes to states that do.

In no circumstance should we elect Romney, he'll just try to find a at least semi-constitutional way to be a 'compassionate conservative', i.e. a liberal.

What would she know about right-wingers? She’s a faux conservative, GOP-e mouthpiece.

Inner beauty ALWAYS counts for something.

Yep, but at least we now know who the sellouts are.

That’s great! She is one wierd-looking woman nowadays. She went from looking like an angry witch to looking like Magua in “Last of the Mohicans”...

If she let her hair down she’d look like Saruman.

Yes, I think any discussion of her as a presidential candidate is years past. She’s bizarre looking.