Obama, in his State of the Union address and during his initial five-state, multi-million dollar taxpayer funded re-election jaunt has stated repeatedly that his platform and policies are not about class warfare, which means, of course, that his ticket is all about class warfare—or “fairness,” as he likes to call it … or as the Scripture labels it, envy.

You don’t hear much about envy anymore, do you? We hear a lot about greed being bad, but in Obamaland envy is no longer a rank vice but a right and a virtue. However, historically speaking, envy has always been seen as a high-ranking sin. Envy, matter of fact, is second on the Seven Deadly Sins list as it lags behind pride a wee bit in being the nastiest and most common vice.

Ancient in its poison, envy forms a big chunk of the foul compost heap that stimulates the growth of human stupidity. Envy is an extremely toxic sin that doesn’t get the verbal hailstorm that other sins receive in our current entitlement culture with its totemic view of vice. Someone who has been saddled by the envy monkey will probably not make the evening news like a politician who has been caught in bed with a live man or a dead woman or who keeps his freezer stuffed with cash.

No, envy is not that sexy and doesn’t have the buzz that zings around a greedy Goldman Sachs exec. Because this sin doesn’t get MSNBC’s attention like the more juicy transgressions, we tend to see it as less naughty. But be not deceived, my brethren: This sin is disastrous once it sticks its talons into a person, party, religion, or nation.

Another distinguishing feature of the funk of envy is that it is no fun. All vices sport a momentary spice. All of them, that is, except for envy. Envy is the one sin the sinner will never like or admit. You’ll never see someone who is envious chilling out, laughing his butt off, or relaxing with his friends while this demon rules the roost. The more envy grows, the more it drives its impenitent coddler nuts.

So, what is envy? Well … let’s start with what it is not. It’s not admiring what someone else has and wanting some good stuff also. This desire will make you get off your butt in the morning and get busy. It is good to crave; a man’s appetite will make him work. Where envy differs from admiration/emulation is that envy is “sorrow at another’s good” (said Thomas Aquinas). Someone who is centered can watch another person, party, or nation prosper and not grow hateful because of it.

The whacked, petty, envious dolt, however, sees someone else excel and is slapped in the face with the reality that he just got dogged. So, instead of sucking it up and working harder and smarter, the unwise envious freak allows his pride to fuel his wounded little spirit. This sets the dejected perp down a path of disparagement of the prosperous that eventually morphs into the desire to destroy the person, party or nation that has just trumped this sad little person.

1. Envy is the vice of proximity. We are always prone to envy people close to us in temperament, gifts or position.

2. Envy is highly subjective. It is in the eye of the beholder. It is not the objective difference between people that feeds envy, but the subjective perception. As a Russian proverb says, “envy looks at a juniper bush and sees a pine forest.”

3. Envy doesn’t lessen with age. It gets worse as we run into more and more people of happiness and success, offering more fodder for envy.

4. Envy is often petty but always insatiable and all consuming. However small the occasion that gives rise to it, envy becomes central to the envier’s whole being. The envier “stews in his juice.” Envy begins with pride and then plunges the person into hatred.

5. Envy is always self-destructive. What the envier cannot enjoy, no one should enjoy, and thus the envier loses every enjoyment. The envier’s motto is “if not I, then no one.” As an eighth-century Jewish teacher put it, “the one who envies gains nothing for himself and deprives the one he envies of nothing. He only loses thereby.”

Y’know, there are many forces tearing at this land and many nations that would like to level our nation. That said, I believe this envious entitlement funk that’s speedily weaving its way into the fabric of our national life will destroy it faster than al-Qaeda could ever al-Hope to.

Fairness means equitable to everyone. Nowhere in all this discussion is mention made of the 47% who pay ZERO income taxes. When everyone pays, then we can start talking about “taxing the rich” and being unfair.

Instead of envy, it is covetenous, which is spelled out directly in the 10 commandments.

The more envy grows, the more it drives its impenitent coddler nuts.

And it is a poison -- only this poison kills very, very slowly -- and it kills everything it touches -- people, societies, organizations...

And it fits perfectly with the present occupant of the White House.

5 posted on 01/29/2012 5:08:04 AM PST by Jerrybob
[ Post Reply | Private Reply | To 3 | View Replies]
To: Kaslin
His favorite "fair" tactic seems to be to tell the other party to do this or that and then viciously smash them with outright lies and falsehoods saying that they resist. He is not the author of How To Win Friends And Influence People.

Nothing is too low for what Mr. Obama calls "fairness".

6 posted on 01/29/2012 5:12:17 AM PST by Rapscallion (Beware that we do not allow a Gestapo to form and call it Homeland Security.)
[ Post Reply | Private Reply | To 1 | View Replies]
To: NTHockey
Blame Ronald Reagan for the 47%. He believed in lowering the tax burden to everone, nowhere more than for workers with near subsistance incomes. Reagan said in 1984:

"The Census Bureau confirms that, because of the tax laws we inherited, the number of households at or below the poverty level paying Federal income tax more than doubled between 1980 and 1982. Well, they received some relief in 1983, when our across-the-board tax cut was fully in place. And they'll get more help when indexing goes into effect this January."

Republicans complaining about ANYBODY paying too little tax is not a winning move. It certainly wasn't Reagan's way. 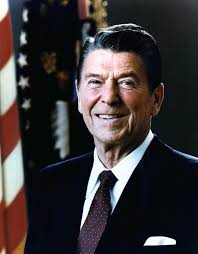 Yep - while "envy" is associated with "covet", "covet" fits: to desire wrongfully, inordinately, or without due regard for the rights of others: to covet another's property.

Something for nothing is not fair !

It's called welfare and it used to be in this country where an able-bodied man was embarrassed and scorned to be dependent upon government.

But now under Obamanomics, un-motivated able-bodied men happily take 96 week Obamah-paid vacations while they claim to be looking for work.

How times have changed.

Envy is not a virtue. Jealousy is not a family value. Socialism is institutionalization of jealousy, of envy, of covetness.

“Envy is not a virtue. Jealousy is not a family value. Socialism is institutionalization of jealousy, of envy, of covetousness.”

Fair my eye, they want to have theri cake and yours too. Joe Blow wants to buy cocaine and have a mansion too.

I talked to a Dr who had a really nice house about his house. He said he saved for that house for 10 years, he didn’t just rip off some dough and go plop down a down payment. Then he planned it with an architect for two years, then built it.

10 years he saved for that house.

Agents of Satan abound in the GOP-- but they have control of the Democrats. The Democrats embrace sin and subsidize it.

I agree with you, it is a tool of Satan and it garbage they speak is all lies of Satan

16 posted on 01/29/2012 6:26:26 AM PST by yldstrk ( My heroes have always been cowboys)
[ Post Reply | Private Reply | To 15 | View Replies]
To: Kaslin
There's a tremendous amount of wisdom in this article. Like happiness, envy is a choice. The most effective remedy ever discovered to counter the painful emotion envy is the painful emotion of shame. Unfortunately many of those consumed with envy have lost all sense of shame.