Argentina’s President Cristina Fernandez (pictured) in fact never had cancer, despite being diagnosed with the disease last month, her spokesman said Saturday, just days after she had her thyroid gland removed.

Argentine President Cristina Fernandez never had cancer despite being diagnosed with the disease last month and having her thyroid gland removed on Jan. 4, her spokesman said on Saturday.

The government announced just after Christmas that the recently re-elected leader had thyroid cancer. The operation to remove the gland went well, but when it was later analysed it turned out to have never contained cancerous cells, said spokesman Alfredo Scoccimaro.

"The original diagnosis has been modified," he told a news conference. "The presence of cancer cells was discarded."

Buenos Aires-based thyroid cancer expert Eduardo Faure, who is not on the president's medical team, said a small number of such cases turn out to be "false positives," meaning that no cancer is present.

"The cells may originally appear to be cancer but in 2 percent of cases, after the operation, when a more thorough examination can be performed, it turns out they are not," the doctor said in an interview.

"This result was always within the realm of possibility. It does not mean that the original diagnosis was mistaken."

Several hundred Fernandez supporters had camped out near the hospital where she was treated, carrying banners that said "Strength Cristina." A cheer went up from the crowd when Scoccimaro made the announcement.

The president, who won re-election with 54 percent of the vote in October, is popular among Argentines who agree with her generous welfare spending. Business leaders and farmers in the

you do understand that his fat look comes from the results of his cancer treatments? 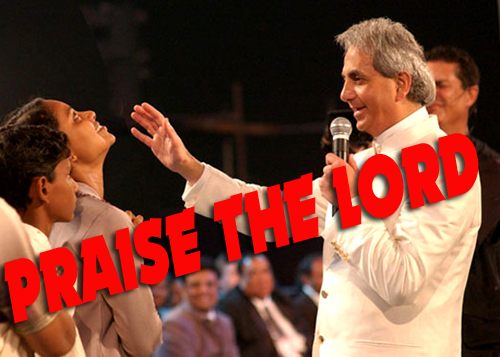 Where did you find a pic of her where she resembles Pelosi . . . ?

So just out of curiosity, did she publicly disclose this “cancer” while she was running for reelection?

Damn those quack Doctors. She shoulda gone to Cuba...

Says who? The commie dictator who claims U.S.A. spreads cancer in Latin America?

says people who know something about cancer treatments.. ever see photos of Lee Atwater a few months out from his death?.. his body looked like 100 pounds of bloat.. it wasn’t from eating

This just proves that Hugo Chavez is telling the truth. The evil Capitalist Americans gave Fernandez cancer just like they did to Chavez and to Lula da Silva, but Fernandez struck a back-room deal with the Americans and so they cured hers. Of course Chavez is a hero of the revolution, so he is relying on the glories of the Communist health care system of Cuba and their revolutionary medicine, and will never give in to American imperialism...