I’m still waiting for clear and convincing evidence, not just a collection of hit and run unspecified charges. If true, I will think much less of Cain, but until there is some evidence, I’m ignoring the claims. This is exactly the same response I gave to the early charges against Bill Clinton, but I hope for a very different outcome. BTW, I predicted that the far left (Obama, mainstream media, Romney) would come up with sexual impropriety claims about Cain, whether or not it was true. This charge was inevitable in today’s political climate, even if the guy is a monk.

If this torpedoes Cain, regardless of the claim’s truth, I can still tolerate Newt, Perry, Bachmann, or some others in the race. I’d also love to see a brokered convention if we could avoid the insiders going for Romney. There is at least one superstar not in the race who I would love to see nominated.

Money and no morals will do it.

As for this woman, Cain said he thought she was a friend.

think for a sec. 13 years, numerous book deals, radio time, and a senatorial campaign and NOW she comes forward? remember, even john mccain cheated with an intern (or so it was reported).

Funny Cain supporters can’t take it when the shoe is on their foot.

If you want to continue to support this creep go for it. If JR wants ONLY Cain supporters on the site, tell us. And we will go away.

What if everyone else wants you to go away? Does that count?

Why did you ping me w this?

NO, I want the WORD from the Man himself.

This woman better have something a lot better than that if she hopes to make these accusations stick. As with the others, either produce proof or go away.

Cain said at the beginning of the campaign that he had no skeletons in his closet. If this is true, it's a brachiosaurus skeleton and he will be exposed as an outrageous liar. I won't pin that tag on Cain until someone produces PROOF. And the burden of proof lies with the accuser.

Why did you ping me w your analysis? What made you think I want or need your take on it?

If there was some favorable Cain info on FR, would you ping me to that?

"Drag a $100 bill through a trailer camp and there's no telling what you will find." 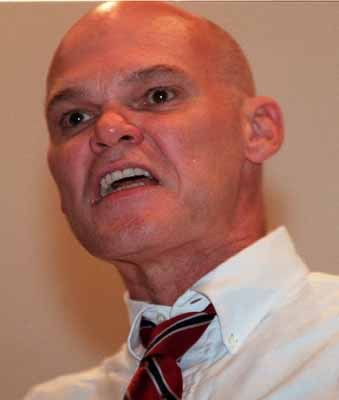 You left out a word:

did you notice that she never says “sex”, “affair”, or anything like that? is it all in the wording?

We had Gennifer Flowers, a long term affair with Clinton, yet Paula Jones and others manhandled.

She as most women that fall into this situation, think he married man REAAALLLLY lUVS them. after 13 year and the “breakup” is recent, then all the other accusations.
She got po’d.

Look, we don’t know if this is true or not so jumping on either side of the issue does no good, just makes for hard feelings on the board.

Her lawyer said a news source found this out and news people started coming to her for verification. So, she went to a lawyer. Now, whether this is true or not, I don’t know - maybe she leaked it on purpose and maybe it’s not even true - one could think that based on her background now coming out.

Cool down, stop calling people names, and see what develops. I don’t want this to happen to Cain. I don’t want any of our candidates getting clobbered by the press.

This was new information, it wasn’t new commentary. Didn’t I ping you yesterday to the new info on Cain’s states rights immigration plans?

All that said, it’s fairly obvious I’m trying to change your mind. You’re a good communicator.

This is what they did to Nikki Haley in her run for SC governor. It was all I could do to trust in my first impression that she was an answer to conservative prayers. Thank God the voters didn’t give in to the BS that was slung at her constantly, and they are still trying to undermine her integrity. She is so far above those who hate her, and the same is true for Herman Cain.
A person who lives a lie cannot know what truth is, and Herman Cain knows the truth of human nature.
Cain is the one that Obama does not want to face.