Re: The GOP elite pushing Romney - they don't call them stupid party for nothing!!
Ref: Romney in his own words - a compilation of a dozen or more Romney clips ^ | Nov 14, 2011 | Jim Robinson

The GOP establishment elite lining up behind Mitt Romney are either tone deaf or brain dead. They've totally misread the mood of the American people. We the people are fed up with smooth-talking, two-faced, flip-flopping, business as usual big government political whoring and are not going to take it anymore!!

McCain suspended his campaign in 2008 to rush back to Washington to save the world from the great economic collapse that would usher in the Great Depression II. Instead, he delivered America to the Marxist B. Hussein Obama who's ushering in the wholesale wanton destruction of America as a free country.

TARP. The bailouts. The taking of the car companies and giving them to the unions. The Porkulus stimulus package. ObamaCare. Obama's ridiculous war against coal, oil and gas, manufacturing and industry, and against capitalism and freedom itself. The idiotic federal push for a "green economy." The trampling of the constitution. The corruption. The crony capitalism. Big government. Big spending. Big borrowing. Big taxing. DC ramming it down the throats of the American people, despite our protests.

How soon Rove, Krauthammer and the elite GOP ruling class forget. But we are not stupid and we have not forgotten. These are the reasons we the people have risen up against the political class. We the TEA party have protested and rallied in every state and city during the last three years and our rebellion produced sweeping results in the 2010 congressional elections and in local and state governments all across the land.

We have an open rebellion brewing while the GOP fiddles. We're not talking about rearranging the deck chairs or fussing with the details. We're talking about a complete sweep of business as usual scum bucket politicians and their intrusive, oppressive, unelected, unaccountable, unconstitutional federal bureaucracy. We're going to continue building our tea party majority in the House and we're going to take the Senate. And if the GOP leadership gets out of the way, we're going to take the White House. Follow the lead of the GOP and we lose to Obama.

For starters, our goals are to repeal ObamaCare. Repeal Obama! Throw out or flatten the income tax. Privatize social security and medicare. Repeal Dodd-Frank. Shutter the EPA. Repeal the regulations that are killing our economy. Shutter the Commerce dept. Shutter the Education dept. Shutter the Energy dept. Shutter freddie and fannie. Shutter health, education and welfare. Get a handle on the Fed. Secure our borders! Reinstate the constitutional restrictions and limitations on government. Enforce the Tenth Amendment. Return health, education, housing, banking, welfare and all other functions not expressly delegated to the federal government by the constitution to the states and the people. Get the federal government out of our local affairs, out of our business, out of our schools, out of our churches, off our backs and out of our faces!! Set our people free to produce, prosper and live freely as God and our founders intended!!

Romney, as chief-architect and advocate of RomneyCare which directly led to ObamaCare, is not the one to lead this rebellion. Romney swears by TARP, the bailouts, the stimulus packages. Romney lives for BIG government. Look at his record. He still brags today about his anti-liberty, anti-free economy, big government mandated, RomneyCare for Pete's sake. Romney is not the kind of guy who will sweep out the intrusive federal government and shutter entire departments and agencies. He'll do nothing to upset the federal gravy trains of the progressive income tax, medicare, freddie, fannie, banking, the Fed, the EPA, the endless tax laws and regulations and the myriad of corrupt, overbearing, unconstitutional federal ABC departments and agencies that are killing our economy and oppressing our freedoms.

"I was an independent during Reagan Bush. I'm not returning to Reagan-Bush!" --Mitt Romney (angrily)

"In this present crisis, government is not the solution to our problem; government IS the problem." --Ronald Reagan

Conversely, Romney openly declares that only government can solve our problems.

No business as usual progressive RINOs!! No Romney!! No way!!

NO Romney, No Way!

> they don’t call them stupid party for nothing!!

Actually, they are not stupid at all.

The Republican elite are one-worlder, totalitarian-statists, just like the DemonRAT elite.

The only difference is that the DemonRATS are communists and the Republicans are fascists.

For the hoi-poloi, like you and me, this is a distinction without a difference. The end result is basically the same for us.

As far as I know Jim Romney isn’t winning in Iowa. Most of the rank and file are conservative and not voting for him.

Isn’t it kind of inherent that the “GOP elite” would be “elitists”?

And being elitists, they would believe that only those “in the club” should be allowed in positions of power.

So, it’s not so much that they are “stupid” as they are just acting true to form. “A tiger’s a tiger” as Rush would say.

They brother in law with the Democrats and get our guy[s] off the ballot and then launch into the battlcry,"It is our guy or the Democrat."

If the Republican is a Conservative, I vote for him/her. If not, I don't vote for him/ her. No more of this crap of, he's/ she's better than the Democrat.

They are not only pushing Romney, they are now pushing Gingrich to run interference for Romney, and many folks on FR are helping them do just that.

Well said Jim, the people are not stupid,and are done with being trampled on by the Washingtonians from both parties.

Myth Romney is nothing more than Chairman Obama with big hair and legit birth certificate. I’d rather have another stroke than vote for him. Tokyo Rove and the rest of his ilk can go pound sand.

NO COMPROMISE! NO RETREAT! NO SURRENDER!

The elites believe in what the media spouts and for the gravy train of government spending. If Romney gets nominated, the press will suddenly discover that he is a Mormon and what a dangerous cult it is with polygamy, etc. Obama will be reelected in a landslide.

13 posted on 11/14/2011 11:05:32 AM PST by AmusedBystander (The philosophy of the school room in one generation will be the philosophy of government in the next)
[ Post Reply | Private Reply | To 1 | View Replies]
To: Jim Robinson
Set our people free to produce, prosper and live freely as God and our founders intended!!

14 posted on 11/14/2011 11:06:13 AM PST by humblegunner (The kinder, gentler version...)
[ Post Reply | Private Reply | To 1 | View Replies]
To: Jim Robinson; SorbetCon
Not only does the GOP elite push Myth, they send weasels to Free Republic to slam his conservative opponents:

We don’t call the GOP the Stupid Party because they are smart! Like Duh!

Please link me to something supports that proposition, or if you like make the case your self, thanks.

My own two eyes - have you not been watching how the media is suddenly all ga-ga over Gingrich? 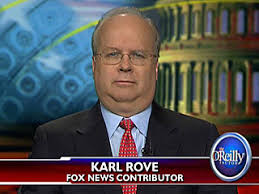