Japan's world-class transportation infrastructure couldn't withstand this month's 9.0-magnitutde quake, but their construction teams are still amazing. This stretch of highway was repaired in just six days by a Herculean road crew. This is the triumph of Japanese engineering. The March 11th quake and tsunami crushed roads, destroyed bridges, twisted trains tracks, and otherwise did to Japan what your little brother did to your ideal Sim City creation when you weren't looking.

A stretch of the Great Kanto Highway in Naka, Japan looked like the huge crater above on March 11th. The shaking left a 150-meter crack along the main section of the road. Given the massive and widespread damage the workers, many of whom returned to work the next day, likely didn't have long to appreciate their work before moving on to the next piece of cratered earth.

Crews from highway repair company NEXCO arrived to start repairing the damaged highway on March 17th. By the end of the day on March 23rd the road was opened to traffic.

Just remember this the next time you hit Lake Shore Drive and notice the same pothole that's been there for eight months.

NEXCO? Is this it’s own company, or is it state run?

My guess is it is it’s OWN company and that’s why things get done promptly.

Does Japan have unions?

Next time I see a union crew standing around a hole in the highway eating breakfast sandwiches and scratching their asses, I’ll remember this.

But seriously... this is awesome.

Obama would have to order the shovel-ready signs first. No work allowed until they were all in place, giving him due credit for fixing it.

Turn the camera around and take a shot back down the road the other way.

I would say he is shooting at near the end of the tree line on the right side of the road..the ceder trees. Compare that with the photo of the damage and where they were taking the photo there.

Mission Statement We aim to contribute to the sound growth of the national economy, betterment of people’s everyday lives and improvement of traffic flow through the efficient management, planning,development and maintenance of expressways.

I agree. The first pic shows the damage. The second starts down the road where the damaged ended. You can’t see if the damage was repaired or not.

Looks like the pictures were taken from roughly the same place.

Take a look at 911 ground zero today, that says it all. 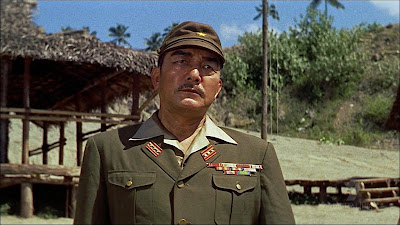 Look at the bare, leaf-less tree on the left.

Look at the background trees, power lines and signs and you’ll see they are shot from the same spot. The bank on the right is new construction.

Look at the towers on the left. They are spot on when comparing the before and after images. On the right side, I’m guessing that they had to take out some of the trees and brush to pave the slope you see on the “after” picture, thus making comparison there less clear.

My hat is off to the workers.

It is amazing how fast infrastructure can be rebuilt if you do two things, don’t use union labor and incentivize the company to finish on time/early. They rebuilt the 10 freeway in LA in just 66 days after the northridge earthquake using those same two principals. Just shows you how truly wasteful most public works construction is.

America used to work like that up until a generation or two ago.

At one time we could have done the same thing.

My Father was in the combat engineers in WWII. Reading their history, it was astounding how fast the accomplished jobs which would take far longer today.

Even more interesting is after the war they hired German civilians to do some of the labor and according to my Father, they worked even harder than our troops did.

Wrong. Look at the electrical towers and the road sign on the left side in the background. The before and after pics are taken from the same place.

Big deal. The state of California fixed not one but TWO damaged bridges on the MacArthur Maze off the Oakland Bay Bridge in just 26 days.

“Despite original predictions that repairs would take months, the MacArthur Maze Interchange in California was successfully reopened in just 26 days. The bridge’s two spans were irreversibly damaged when a tanker truck loaded with 8600 gallons of gasoline overturned on I880.

“The subsequent explosion and fire caused the two bridge deck spans of I580 above to collapse, cutting off the East Bay area of Emeryville from the San Francisco Bay Bridge. The collapse greatly inconvenienced commuters and resulted in significant loss of bridge tolls.

“Although initial news reports cited a lack of replacement steel and predicted many months of repairs, crews completed reconstruction of the two Interstate 580 spans in 26 days, and traffic resumed in time for the Memorial Day weekend.”

I would like to see one of you bums even try to hump the heavy pieces of steel Union ironworkers lug around, position, and tie-off 8 hours a day every day. Every one of you would have a catastrophic back muscle tear within 3 minutes from start of shift. I damn well know I can’t do what they do.

6 days to fill a long trench with dirt, pack it down, place aggregate subbase, aggregate base and pave a foot of asphalt over it. Big deal.

I mean, congratulations to the Japanese for an exceptional job, but this is nothing we can’t or haven’t done in the USA. A pox on you who think we can’t. I don’t want to know you.