Did you also notice the NYTimes piece on the gov of Hawaii attempts to make birthers look bad? In the article, the NYTimes made the distinction that Obama did not release his birth certificate but instead only released a certificate of live birth. They were not quoting someone, they were simply writing what they (for some reason) now admit is fact.

I have a vivid imagination, but I would have my brain surgically removed if my imagination ever went there! Just seeing your comment, makes me want to have a my brain sanitized.

” She must have a Ms. Universe trainer working on her arms.”

No wonder Moochelle looks like Leon Spinks
in a wife beater t shirt. 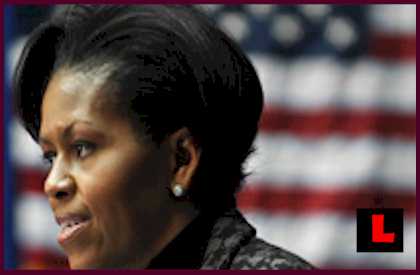 Obama’s White Holiday message is real. It is taken right from the White House website — not really. I made it up. But, can’t you imagine him saying this stuff?

Oh, what is seen can’t be unseen! Where is your humanity? LOL

but what about the back???

Lest you think that is a photoshop
http://news.sky.com/skynews/Home/video/US-First-Lady-Welcomes-Islington-Students-Michelle-Obama/Video/201002315552577?lpos=video_Article_Body_Copy_Region_0&lid=VIDEO_15552577_US_First_Lady_Welcomes_Islington_Students_Michelle_Obama

what the heck is that one the top of the sweater to the right on the back side?

They don’t THINK. They KNOW.

Yes, all those hairdos are wigs - this little slicked back ‘knotted’ ‘style’ is the only view anyone gets of her real hair, not that it matters much I suppose........

The heat/humidity of Hawaii would make wig-wearing quite uncomfortable. In some other views, the dress doesn’t look quite that bad.