You’re all too correct. I don’t even recoginize this country anymore..

Kirk is a squish RINO who we have there merely to have blocked Giannoulias and eventually assume the majority and committees. Other than that, rely on him only to B.S. you about how great he is.
Murkowski will be with us for 6 more years, unless Miller’s hobbled lawsuit prevails. What a disappointment. Or, we could get lucky when she decides to visit constituents by bush plane Ted Stevens style....
Voinovich is retiring, so this is a big Chuck Hegel-style F-you vote. No, F-you George. You will not be missed.
Burr, flipping after cloture vote, I have no idea how to explain. I would guess he has a family like Cheney or Gingrich.
Ensign flipped too like Burr, maybe has a nose for what gays might do to his re-election in a state willing to re-elect Reid. Not waiting around to find out (see below).
Brown is a special case perhaps. Trying to keep the Kennedy seat in Taxachussetts must be tough. It will be tougher after this because his tea party backing is now probably slashed in half.
Snowe, we predicted this.
Collins, ditto.

Who is up for re-election on the Republican side?

I think the top 3 below need primary challenges owing in part to this monstrosity that will insinuate gay marriage legally around the country through the courts via the back door of the military (pardon the obvious pun, but it works).

[Aside: How? Differential pay treatment for married folks in the military. It will be a civil rights issue if the state they are from allows their marriage, but the military doesn’t recognize it in re: pay. Lawsuits ensue, and you can see how this plays out. A court order from a Berkeley judge will instruct the Pentagon to respeck marriage in all 50 states and territories. Don’t get me started on AIDS, or naturalization or partners, or adoption, or artificial insemination.]

John Ensign of Nevada (this lying marital cheater / bribing extortionist needs to find other work)
Olympia Snowe of Maine (this one like her other Maine sister is like a scab that will not heal: chronic, infected, and you keep picking at it hoping for new skin underneath that never grows. Cure: rip off the scab with needlenose pliers and debride with a wire brush and alcohol)
Scott Brown of Massachusetts (some say this is a special case, I say he will learn quickly that people like me would rather give money to Deval Patrick out of pure spite than sweat whether he feels like deigning to give us a cloture vote....he will be made far less consequential in about 2 weeks anyway, what McConnell calls “breathing room” in the new Senate.)

Richard Lugar of Indiana (he is wrong on START and is a fossil, would somebody please challenge this pr1ck?)

Roger Wicker of Mississippi
Bob Corker of Tennessee
Kay Bailey Hutchison of Texas
Orrin Hatch of Utah
John Barrasso of Wyoming
Jon Kyl of Arizona (Making noises like he may not stick with us; based on age, I hope he taps a winner to replace.)

I don’t have a ton ill to say about the last 6, but let me point out that people have been saying Hatch is Bennett, and he just isn’t.

Ever see “Seven Days In May” with Frederic March and Burt Lancaster? I used to think it could never happen here, but now I’m not so sure.

I am going to claim to be a gay black man with vitiligo and progressive alopecia who only acts heterosexual because I am mentally confused. What can I get for that? Oh, I will need some very dark contact lenses to cover my Caucasian eyes.

Thomas Sowell is an intelligent man, not an “intellectual”.

That comes under, “Be careful what you ask for, you might get it.”

You can get in with the crowd below!

I’m done now with the GOP, thought long and hard over the weekend with my wife and now my wife and I have had it with the cowardly GOP, talk show hosts like Hannity, TV shows hosts etc.

We will not watch them, listen to them, give them money and do a boycott of their shows.

FOX can piss off too BTW.

If the likes of Hannity etc had been talking and showing videos of their parades, folssom fair etc then asked their followers to have made calls then this could have been different
But now to say they back our troops but can’t even help our troops due to their fear of being called a name is disgusting .

GOP, you never stood against them , you always wanted to appease the homosexual agenda.
If you had got your acts sorted you would have noticed most of the country does not want their agenda, nor their marriage, nor their repeal of don’t ask etc.

You were all spineless and let them take the conversation and debate to how they wanted it.

true as for the civil rights victory well seeing as we are not giving equal and civil rights based on what turns folks on sexually and how they get off will we also now give civil and equal rights to those with 9 wives, have sex with animals etc?
Hey after all it would be discrimination if we did not and we can’t have that now can we.

You are right about print media too.

All of them can go to hell now and they certainly will not get any money off my family. 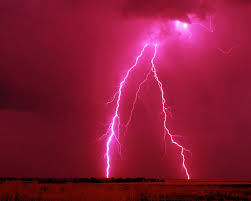 “But I will point out that the libs have gotten this far without firing a shot.”

The libs have gotten THIS far... BECAUSE WE HAVE NOT fired a shot!

There is the crux of the argument. We are well past the time when we should have fired a three hundred million shots. Now it is very likely too late to do much of anything but stall the inevitable. Our political system is incorrigibly corrupted by statists and their appointed regulatory bureaucrats. We have not a prayer of recovering this nation from them without bloodshed. You deceive yourself to believe otherwise.

What has been done to this country is so far beyond its design that nothing less than full scale civil war will affect any change in course. While you and I may take one step forward, placing some acceptable conservative in public office, all the while the enemy shoves us three steps back and into the dirt. We hardly GAIN GROUND, and if we do, by some happy chance, we take but a small piece, and then WE ALWAYS FAIL TO HOLD the territory. If that were not true, then we would not be discussing this.

No matter who faithful Americans put into power, and no matter what branch of government we control... Our control will always be a superficial illusion. That is why the communists laugh at us, and play “capitalism” with us... They know they have us, they know it is only a matter of time until the brainwashed up and coming generation hands the keys over to the Marxists, lock, stock and barrel. They know Americans have no spine to fight... and I mean FIGHT, as in fight to the death, literally. We in America have no stomach for anything that requires sacrifice or pain—We are so far removed from those who took on Hitler and Tojo, that it is a mockery to even hold ourselves in their shadow.

We will never elect those people who could and would “pull the plug” on 95 percent of this revolutionist government. That act will never happen, but unless it does happen, this Republic is history. We are just going through the motions because it makes us feel better, while our ship of state sinks beneath the waves, forever lost. That is how this will all end. There is no way to stop it, short of civil war. I know that option bothers you, but nonetheless it is the hard truth.

No election will ever fix these problems, not one, not ten, not 100... The government AND the culture are totally corrupt... incorrigibly so. If you do not see that, then you are not really paying attention.

All we do here on FR... and on ever4y other “conservative” site, is preach to the choir. A debating society. The joke is on us.

Again, ad nausea, WE are NOT a “Democratic Republic.” We are a CONSTITUTIONAL Republic. That is how our government is structured. A representative constitutional republic, based on federalism, and governed by the RULE OF LAW... or, more exactly, “A” rule of Law. That “rule” is the Constitution. Not withstanding its perversion and diminution by individuals such as your self, it still remains factual to assert That ‘The Constitution for the united States of America’ is the single and first controlling document of our representative Republic.

The Constitution is THE supreme LAW of this nation, not some Progressive majority in Congress, not some sitting elitist majority on the Court, and most assuredly not any usurping bastard and his cabal of czars in the Executive.

The Constitution forms THE foundation upon which this Republic and the People rest their fates... Not upon “Democracy, nor upon “Democratic government,” nor upon French, Greek or Roman definitions by which you attempt to color the argument. “By the consent of the governed.” But what have we who are so governed given our consent to? Democracy? NO! It is our consent to the Rule of Law under the SUPREME LAW that is The Constitution... That august document is that to which we give our consent. Not to a majority, and certainly not to a Democracy—or any shade of the thing.

That you quote me definitions from a dictionary is ludicrous on its face! What will you cite me next? Wikipedia?

You wish to muddy the waters, as do other dupes of the socialists, who take great pains to claim us a “democracy,” or some derivative thereof, at every opportunity.

As I stated previous: READ what the FOUNDERS had to say about Democracies. They despised them. Show me, if you can, where the word Democracy, or Democratic, appears in ANY of our FOUNDING documents. I challenge you to do so. You will return empty handed.

In 1789, what did Benjamin Franklin remark to his female inquisitor, as he was leaving the Convention Hall,when she queried: “Well Doctor Franklin, what have you wrought us?” To which he replied: “A Republic, madam, IF you can keep it!” Note he did NOT use the term “Democratic Republic” — for if any man were to be so bold, it would have been Franklin. He would not mince his words. Unlike the charlatans of today, those men, better men, said what they meant, and meant what they said.

Now, go play word games with some other, I tire of your nonsense.

It’s come to my attention that this comment was used as an example of endorsement of violence against gays on FR. This comment was a joke, and was merely a play on words - a ‘sign of the times’ commentary. It was not in any way intended to be a suggestion, endorsement, or approval, in any way of violence, and certainly not againt the men and women of our armed forces who daily protect our lives and freedom. I recognize now it was in bad taste, understand the unintended implications, and apologize.