Authorities said there are injuries. The train cars derailed near Niedringhaus Ave and Benton.

News 4 will be following this story as it develops.

No details yet other than there are injuries and I belive 5 or 6 cars derailed.

Absolutely! Don’t tell Obama, he’ll want them to shoot mud and concrete at it.

I’m using Eisenhower against my moonbat brother at the cookout tomorrow. :^)

the people in East St. louis decided to pick up scrap metal, railroad spikes and the like, Opps a train derails, people are injured, just another bump in the road in a depressed area that has succumbed to the despot of Obozo.

That is unpossible. AMTRAK is government and government never fails. lol.

Poor Obama. Now Malia is gonna be asking him at bedtime if he’s fixed the trains yet.

Safety
Why are high-speed trains the safest form of transportation?

Let me see one derailment, the whole train system shuts down.. One car accident on the road.. Traffic slows down, but never stops (if there is no pileup)

You mean built 10 times over the original estimate with the money that California does not have.. Sorry no dice.. This is car and plane loving nation.. Trains had its place in American history and it is time to let go..

You can go at your own time and speed, stop where you want to, and I’ve never been searched getting into my own truck.

Trains would be the worst of both worlds, with all of the air travel BS, including inspections, and all the problems regarding how you get a rental when you get to your destination... Not to mention the costs, both out of pocket and in taxes.

A true waste of time, effort, and resources.

But feel free to go by rail! The Virgin Pendolino tilting train, heading from London to Glasgow, derailed at 150 kilometres per hour on Friday evening (local time) in a remote area of Cumbria, scattering carriages down the side of a steep embankment. Investigators and the train company boss say an elderly woman was killed, with a total of 22 others hurt.

If only we would the govrnment would have control Amtrak then no accidents would happen...

To: Clintons Are White Trash 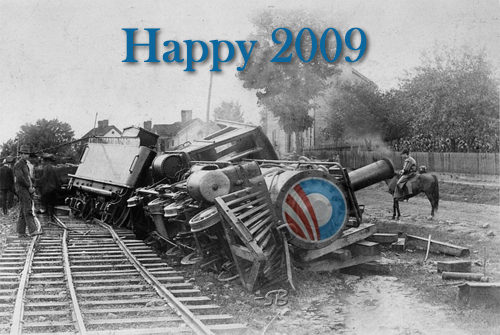 That just proves they need more funding to protect them from themselves. Sarc off.