(CNSNews.com) - Solicitor General Elena Kagan, nominated Monday to the U.S. Supreme Court by President Barack Obama, told that court in September that Congress could constitutionally prohibit corporations from engaging in political speech such as publishing pamphlets that advocate the election or defeat of a candidate for federal office.

Kagan’s argument that the government could prohibit political speech by corporations was rejected by a 5-4 majority of the Supreme Court in the case of Citizens United v. Federal Election Commission. Justice Anthony Kennedy wrote the majority opinion in that case, and in a scathing concurrence Chief Justice John Roberts took direct aim at Kagan’s argument that the government could ban political pamphlets.

“The Government urges us in this case to uphold a direct prohibition on political speech. It asks us to embrace a theory of the First Amendment that would allow censorship not only of television and radio broadcasts, but of pamphlets, posters, the Internet, and virtually any other medium that corporations and unions might find useful in expressing their views on matters of public concern,” wrote Roberts. “Its theory, if accepted, would empower the Government to prohibit newspapers from running editorials or opinion pieces supporting or opposing candidates for office, so long as the newspapers were owned by corporations—as the major ones are. First Amendment rights could be confined to individuals, subverting the vibrant public discourse that is at the foundation of our democracy.”

Justice Kennedy described the law Kagan had defended as an illegitimate attempt to use “censorship to control thought.”

This nominee needs to be sent down in flames.

I predict that at least 5 GOP Senators will vote for her.

Now, does ANYONE have any doubts why this radical anti-constitutionalist was selected ??

No wonder Obama nominated another of his fat, hideous pig women.

She is the one who thinks the government can even censor Kindle downloads??

I don’t like her, of course, but she may have only “been following orders” as Solicitor General. She did her job, and SCOTUS did its.

This Lesbian Nominee by the Alleged Usurper of the Office of President of the United States is one very Scarey and Dangerous Dude who appears to be against All the Freedoms America holds dear to her Heart!

First They Came for the Jews

Community and individuality are not opposites. People cannot survive on their own. When the odds are stacked against you, you must rally with the oppressed and hated.

When a growing oppressive regime is taking hold, you must act, otherwise you will soon face your enemy alone and hopeless.

Strength of community is a strength as much as individualism, as long you are willing to face weaknesses in your own community. Ignoring slacking values will mean that you will be rallied against by those you oppress.

Niemöller affirms we must rally against unhealthy organized regimes. We must also stay vigilant with those that appear to be good natured, as all organisation attracts corruption. Niemöller also warns us that if it is you who are corrupt, then you will face a stronger combined force of foe!
Vexen Crabtree

That 1984 commercial about hillary definitely applies to bo now.

I sure hope no RINOS vote for this communist. They are crazy to think they can get away with this crap. Why do no Repuplicans come out and call a communist a communist. Jeez???

Not gonna happen - even it all Reps suddenly grew a backbone, she would still make it thru the Senate

I think there will be more, knowing how the Pubbies of the Senate operate in their ‘good ole boy club’.

Question. Can judges be impeached??

She an Obama feel differently about labor union endorsements I’m sure.

No word on whether she agrees with Obama that you should put away that distracting i-pod and pick up the NYTimes instead. 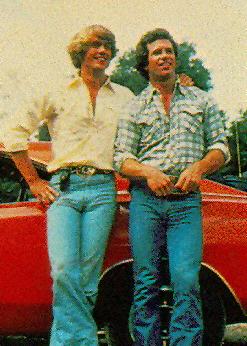 Bo and Luke too?

Or did you maybe mean something else that was obscured by laziness or illiteracy?

I think this is the one that might topple this nominee, but I wonder if even the conservative media will run with it