President Obama recently signed gargantuan health care legislation into law that will have major ramifications for every man, woman, and child in the United States. This newly enacted law originates from the Senate health care bill (the “Patients Protection and Affordability Act”) and a sidecar reconciliation bill that originated in the House. Between these two bills are countless provisions that grow federal spending, increase burdensome taxes, and put federal rules and regulations between Americans and control over their health care.

Outlined here are the 10 major ways in which the Left’s so-called health care reform will hurt Americans.

The Congressional Budget Office (CBO), the official scorekeeper for Congress, sets the projected cost of the health care package from 2010 to 2019 at $940 billion, reducing the deficit by $138 billion.[1] Unfortunately, the true cost of the new law will be far greater.

The CBO is proficient at its work, but it is required to score legislative proposals based on assumptions about the future behavior of Congress—not according to its more likely behavior. The authors of this legislation took advantage of this in crafting the language of the bill, employing several budgetary gimmicks to make it appear cheaper.

These include omitting cuts to Medicare provider payment rates, known as the “doc fix,” double-counting savings from Medicare and the CLASS Act, indexing benefits to general inflation rather than medical inflation, and delaying the expensive provisions of the bill. When these costs are accounted for, the new law is more likely to cost closer to $2.5 trillion.[2] Such levels of spending will not only negate any projected deficit reduction but increase the federal deficit further than would prior law.

2. Bending the Cost Curve in the Wrong Direction

The provisions of the legislation aimed at reducing health care spending are reactionary, addressing the symptoms rather than the root causes of growth in spending.[3] Instead of reducing spending in health care, the bill will increase overall health spending in the U.S. by $222 billion between now and 2019.[4]

In addition, CBO reports that premiums in the non-group market will increase by 10–13 percent as a result of the bill.[5]

The new law requires employers who do not offer insurance deemed adequate by the federal government to pay a fine of $2,000 for every employee, exempting the first 30 employees. Employers forced to pay this penalty will have to reduce wages, cut jobs, or rely more heavily on part-time workers. Any of these options will be bad for the economy.[6]

The health care package also taxes investment income as a means to provide additional revenue to pay for the bill. The tax will discourage investment in the U.S. economy, thereby decreasing capital and reducing the potential for economic growth.

Heritage Foundation analysts Karen Campbell, Ph.D., and Guinevere Nell found that this tax, at President Obama’s proposed rate of 2.9 percent, would reduce household disposable income by $17.3 billion a year.[7] The rate included in new law is 3.8 percent, so the actual effects are likely to be even more dramatic.

The new law empowers the Department of Health and Human Services (HHS) to define a required benefits package that every health plan in America must include. Moreover, the law now allows the federal government to dictate the prices that insurers set through new age rating regulations and medical-loss ratio requirements.

The bill also opens the door for a de facto public option by creating government-sponsored national health plans to compete against private health plans in the health insurance exchanges the states are required to establish. The national health plans would be administered by the Office of Personnel Management (OPM), which currently runs the Federal Civil Service and also administers the Federal Employees Health Benefits Program, which serves federal workers and retirees.[8] OPM would make the rules for these government-sponsored plans.

Because of this difference in regulatory authority, it would be very easy for the OPM-administered health plans to secure an unfair advantage against other plans in the state insurance exchanges. The reason: They will not be subjected to the exact same rules and regulations that are set by HHS for private health insurers. This could result in a gaming of the system in favor of the government-sponsored health plans. It is also possible that the government-sponsored health plans could be protected from insolvency through taxpayer bailouts.[9] Government sponsored enterprises are usually “too big to fail.”

Under the new law, Medicaid will be extended to all Americans who fall below 133 percent of the federal poverty level. This is one of the primary means through which coverage is increased among the uninsured. According to CBO, of the 32 million newly insured in 2019, half will receive their coverage from Medicaid.[10]

As it stands, Medicaid is a low-quality, poorly functioning program that fails to meet the needs of the Americans it serves. In most states, Medicaid beneficiaries have great difficulty finding a doctor who will treat them at the program’s low reimbursement rates and are more likely than the uninsured to rely on emergency rooms for care. Heritage Foundation Health Policy Fellow Brian Blase reports that, following an expansion of Tennessee’s Medicaid program, health outcomes in Tennessee actually deteriorated and Tennessee’s mortality rate declined at a much slower rate than surrounding states that did not expand their Medicaid programs.[11]

The reconciliation bill ensures that the federal government will cover the expansion of Medicaid benefits in all 50 states until 2017. Federal matching rates will decrease from 100 percent in 2017 to 93 percent in 2019, resting permanently there. Moreover, the 100 percent federal match rate does not include administrative costs, which Heritage analyst Ed Haislmaier finds will accrue a cost to the states of $9.6 billion between 2014 and 2019.[12]

The health care reconciliation bill further adds to several states’ new costs by changing Medicaid funding formulas. The new law would increase payments for primary care providers to match Medicare payment rates. In the initial years of the expansion, the federal government will provide 100 percent of the funding. However, after two years, federal funding for increases in provider payment rates will end, leaving states to either find a way to pick up the cost or go back to lower reimbursement rates. This provision would thus only temporarily solve the problems Medicaid beneficiaries have finding primary care, instead digging an even bigger financial hole for the states, whose budgets are already in the red due to decreasing revenues.[13]

Medicare is due to become insolvent in 2016, and long-term unfunded liabilities exceed $38 trillion.[14] To address this, Medicare provider payment rates are scheduled to decrease annually according to the Sustainable Growth Rate. However, Congress votes to suspend these cuts every year, as it is a well-known fact that severe cuts in provider payments would result in many physicians refusing to see Medicare patients altogether.

Congress did not include a permanent way to repeal and pay for the cuts to physician reimbursement rates in their health care bills. Instead, they added a similar and even more unlikely “fix” to create savings in Medicare: more than half a trillion dollars in cuts to the program. These include billions in cuts to the popular Medicare Advantage program, which creates savings for seniors and gives them more options and control over their care. These savings—assuming they ever occur—will be used not to extend the solvency of the Medicare program but to fund the new entitlement programs that are now law.

The employer mandate requires employers to offer a federally defined level of insurance or pay a fine. Moreover, even if an employer does offer insurance but their low-income employees qualify and elect to enter the health exchange instead, the employer will pay a $3,000 penalty for each employee who makes this choice. This is in addition to the cost of offering insurance.

The new law will create generous subsidies for Americans to purchase insurance in the newly created health exchanges. However, these subsidies will be available only to those who fall between 133 and 400 percent of the federal poverty level and are not offered federally defined sufficient assistance by their employer to purchase health insurance. All other Americans—including those in the very same income bracket—will not get subsidies but will instead rely only on the current tax exclusion for employer-sponsored insurance for federal assistance to purchase coverage. For workers with comparable incomes, the difference between this and the generous subsidy to buy insurance in the exchange will be thousands of dollars.[16]

The federal government will thus create a gross inequity between Americans making similar incomes. It is unlikely that this will be tolerated for long by the American public, which will instead demand that the subsidies be made more equitable. However, doing so will add enormously to the cost of the government overhaul of the health care system.

The health care overhaul also diminishes the federalist system upon which the U.S. was founded, which grants certain powers to the states in order to limit those of the federal government. The new law undermines state authority through the individual mandate to purchase insurance, a mandate to expand Medicaid (a state–federal joint program), and several new federal regulations of the insurance industry.

The End of the Beginning

These disasters are only the beginning of the vast effects the President’s health care overhaul will have on the U.S. As bits and pieces of the law are implemented, its effects on states, businesses, and Americans of every ilk will become manifest. Congress and the American people should not view passage of the liberals’ health care package as the end of the debate on reform. Rather, the long and tedious journey toward restoring personal control over health care dollars and decisions is just beginning.

You know you’re on Obamacare when the only place you can get a breast exam is Hooters.

Once upon a time Evil Companies ruled the land and forced the villagers to pay bags of gold coins each month but still denied the sick health-care when they needed it. One little boy even lost his mother because the King named W wanted to keep all the people's money for himself and the Evil Companies.

Then an Enchanted Black Knight with a circular coat of arms on his chest road into town and organized the villagers to resist the exploits of the Evil Companies and Greedy King W. He promised them hope and change!

Soon Greedy King W was driven away into the desert and the Black Knight and his men broke open the treasury in the castle on the hill and tossed all of the gold coins over the wall to the cheering people (keeping some for expenses, of course).

From that day onward no one in the kingdom was filthy rich anymore and none of the villagers died from sickness just because they were poor. The Knight had generously given the people high quality health care and a fair share of wealth.

Soon afterward, the people rallied in the village square to shout praises of the Black Knight as their savior and hero and gave him the throne to rule as their Great Leader, singing. 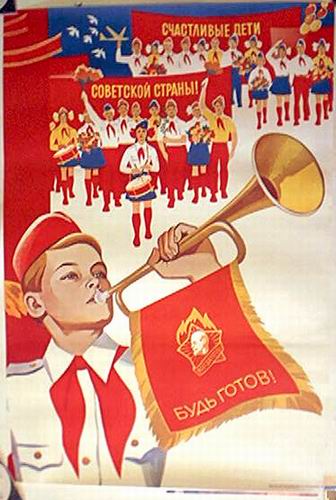