Recovery and Economic Optimism: What a Difference a Year Makes 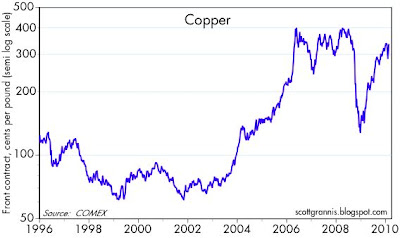 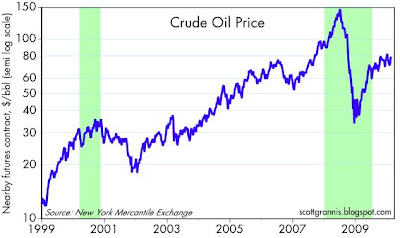 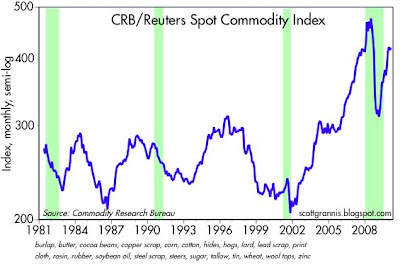 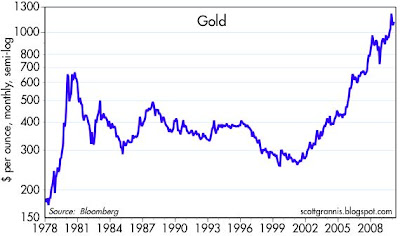 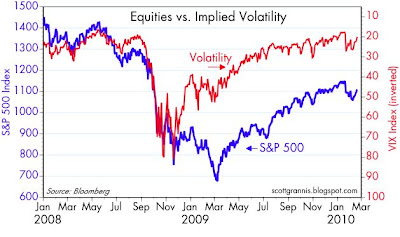 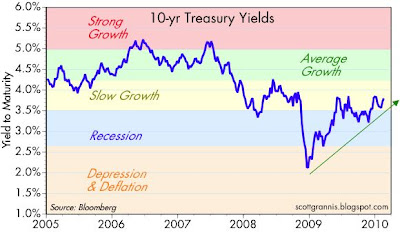 More and more it becomes clear that the big collapse in 2008 was an aberration that resulted primarily from a severe shock to confidence and a huge and sudden increase in the world's demand for safety and liquidity, all triggered by fears of a collapse of the global financial system. Central banks were slow to respond to the unprecedented increase in the world's demand for money, and this resulted in a widespread selloff of all risk assets and massive deleveraging. Central banks eventually figured things out, and the return of liquidity has allowed prices of risk assets to recoup most of their losses. The collapse in monetary velocity which precipitated the recession has begun to reverse, and most economies around the world are again growing. The recovery is still in its early stages, however, and so there appears to be lots more room to the upside.

There have actually been two dramas playing out over the past year or so. One was the mechanical one that resulted from the shock to confidence and the huge increase in the demand for liquidity and safety. The other was the shock to long-term expectations that resulted from Obama's radical pursuit of a hard-left agenda that left investors struggling to comprehend the ramifications of a massive increase in government control over the economy and one new spending program after another. The expected burden of taxes began to soar; the anticipated efficiency and potential growth rate of the economy began to plunge; and the future solvency of the US government began to dissolve. The worst part of both dramas combined in a Perfect Storm to produce the equity market collapse of early March 2009.

Since then the economy has managed to heal many of its wounds, and the political scene has changed dramatically. We are now eight months into a recovery, and Obama's two signature initiatives, cap and trade and healthcare reform, are in a shambles. The Democratic Party appears to be completely out of touch with the mood of the electorate, which was never prepared for a hard turn to the left. The balance of power in Washington has shifted dramatically, and investor and consumer confidence is returning. (Whatever is bad for Washington is often good for individual liberty and free markets.)

One year ago we were asking ourselves how the economy could ever survive. Markets were braced for a future worse than the Depression, and years of global deflation were a virtual certainty. Stocks and corporate bonds were priced for Armageddon.

Today we are asking ourselves whether the economy will grow by 2% per year or by 4% per year. Whether the Republicans will regain control of Congress or not (with the best and most likely outcome being gridlock). Whether the Fed will begin raising rates before mid-year or by year-end. Whether small caps will outperform large caps or not. Whether inflation will be 2% or 5% per year going forward. Whether the Bush tax cuts will be extended or not. One year ago, such questions would have been almost unthinkable—that's how far we've come in just one year.

I don't see a reason to think that the megatrends of the past year will reverse anytime soon. Things were unimaginably bad one year ago, but now there are plenty of reasons to be optimistic.

OHMIGOD. What a relief this is. Now I can get the lumps out of my mattress.

Time to pop the corks off those Kool-Aid bottles.

The post from Califonia means the person has his or her head buried deep in the sand. 15+ million unemployed, benefits going to more than ever, States are out of money and some may, if possible, reduce personell and programs, tax receipts are down, businesses continue to lay-off people and this is progress? But, it is useless to argue with fools, they win every time because of more experience.

Thanks for the ping I don’t know I still thing soro’s and possibly paulsen (Who hearts Obama) had something to do with this collapse.

Hank Paulson feared there would be a run on the dollar during the early phase of the financial crisis when global concerns were focused on the US. When the crisis escalated and went global with the failure of Lehman Brothers in September 2008, the dollar rallied – but Mr Paulson had to grapple with a firestorm of financial failures.

He feared Goldman Sachs and Morgan Stanley would go down along with Washington Mutual and Wachovia.

“The timing could not have been worse since we were months or weeks from the election so you had the collision of markets and politics.”

Although a Republican, Mr Paulson found it harder to deal with John McCain than Barack Obama – raising the interesting (and unanswered) question of which candidate Mr Paulson voted for.

Remember Paulson claimed Russia told China to get rid of fannie and freddie and they both did sell off.

and baloney things are far worse more and more unemployment and claims running out not to mention inflation.

Another 1 million running out in march

Another 1,020 going from boing