U.S. Rep. Michele Bachmann urged her supporters to fight health care reform by calling Congress "every day, when you wake up in the morning and comb your hair and take your vitamins."

Democrats are purposely pushing health care legislation at holiday time, Bachmann charged during a nationwide conference call Thursday. "It's intentional that they're doing this at Christmas time and Hannukah."

"We're going to kill socialism," Bachmann vowed during the call, which was hosted by the Republican National Committee. "They can't have our country. We're not going to let them win."

Bachmann warned that "senior citizens have the most to lose. ... Senior citizens are going to be told 'no' an awful lot more. There will be rationing of health care. ... We have to work hard and pray hard. It's a far easier task to hit these senators hard now [than to repeal health care reform later]."

Bachmann credited her rally on the U.S. Capitol steps last month with giving Republicans in the Senate confidence to resist health care reform. "I went on Sean Hannity's show and asked people to come," she recalled. "This was wildly successful. We had over 20,000 Americans [who came on their own]. I didn't organize a bus or a car. ... It was an electric moment."

After the rally, the "heroes" who attended went to their representatives' offices, she said, and "looked at members of Congress with the whites of their eyes. ... They were quaking in their boots. It sent a huge signal to the Republicans in the Senate."

"It's not inevitable that this is going through. I'm not just puffing smoke here," she said.

Also not inevitable: Republicans regaining the House in 2010. "I am Public Enemy Number One for [Speaker] Nancy Pelosi to defeat next year," Bachmann announced. "We have to win 40 seats back. ... I have to raise $4 million to come back here. It's a huge hill to climb, but it's very possible.

"Then two years later we have to win back the presidency," she said. That will require "a bold conservative who would campaign on repealing this health care bill. ... The road will be very, very difficult to turn it around. I am Pollyanna enough to think that anything's possible."

Turning the tide will require more than Republicans alone. "The lifeblood of this country is conservatism and that lifeblood is awake," said Bachmann. "[It's a coalition of] libertarians, Ron Paul people, Constitution Party. We may agree on 70 percent [of issues]" - and that's enough, she said.

"The number one thing is to fight right now the government takeover of our economy."

To illustrate the scope of that takeover, she cited "an economist from Arizona State University" who calculated that by January 2009, government had already taken ownership or control of 30 percent of our economy. "Now if President Obama gets his way with health care, that's an additional 18 percent of the economy" - for a total of 48 percent. Cap and trade would add another 8 percent, for 56 percent total. Rep. Barney Frank's bill that the Financial Services Committee votes on tomorrow would raise that another 15 percent for a grand total of 69 percent, she calculated.

"It isn't within our lifetime that we've gone to socialism," Bachmann said. "It's within 18 months!"

"I'm not going to let our 5 biological children and our 23 foster children [live] as slaves going forward," Bachmann said, quickly adding that she didn't mean to belittle actual slavery. She warned: "We will be economic slaves to this federal government. ... President Obama has put us in a dangerous place economically. We will be dead flat broke in eight years."

"These people are not connected to reality," she said, claiming few in the Obama administration have private-sector experience. She quoted Obama as saying, "We've got to spend our way out of the recession," and questioned how someone making $20,000 a year could spend $30,000 a year. "We have a great story to sell - to tell people."

"President Obama is burying us in debt, literally," she said. "You can't drink yourself sober. If you're trying to lose weight, you can't eat yourself thin. ... Normal people have figured this out."

This is what Zero and his henchmen in the US Congress want to destroy. Death Panels is what this Administration and the Kapos in Congress want to institute while excluding themselves from their final solution.

Percentage of men and women who survived a cancer five years after diagnosis:
U.S. 65%
England 46%
Canada 42%

Percentage referred to a medical specialist who see one within one month:
U.S. 77%
England 40%
Canada 43%

I don’t know about you, but I don’t want “Universal Healthcare” comparable to England or Canada ..

Moreover, it was Sen. Harry Reid who said, “Elderly Americans must learn to accept the inconveniences of old age.” 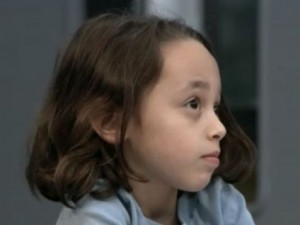 You didn't say I could have REAL health care!

How much longer before she’s term limited out of the House? Hope she runs for Stewart Smalley’s Senate seat.

What’s wrong with her?

She’s a mom that ran for congress and won.

Quite frankly, I think we could use about 434 or so more just like her.

I want her to run for the Senate.

7 posted on 12/13/2009 9:41:38 AM PST by FrdmLvr ("The people will believe what the media tells them they believe." Orwell)
[ Post Reply | Private Reply | To 5 | View Replies]
To: kristinn
"President Obama is burying us in debt, literally," she said. "You can't drink yourself sober. If you're trying to lose weight, you can't eat yourself thin. ... Normal people have figured this out."

These are the common sense words we need to repeat and repeat - even the sheeple can understand it.

Specter said the same thing. I say to them, you first you SOB’s. How dare they keep their cushy health care plan and try to pawn this junk plan off on us.

The RATs (Pelosi, Zero, Reid, et al.) mean to stay alive while denying care via their mandated Death Panels which will result in their killing off as many Americans, legally, as they can get by with. Never again is ringing hollow. They have plotted the RAT “Final Solution” for the serfs of America while they, the Elitist Dictators, get the best of everything they can steal. Quality healtcare is reserved for them. They mean to ensure that the American people are forced to be subjected to the RAT MengeleCare minus the boxcars and concentration camps.

Palin/Bachmann 2012..two women with more balls then the men in the GOP

Awesome women to pattern after: