The Bush administration has awarded a $61,200 bonus to Border Patrol Chief David V. Aguilar, whose agency has been criticized in the past year by Congress for delays in a $20 million fence project and for an accelerated hiring program that auditors said threatens to reduce qualified field supervisors.

The chief also has been criticized by his own rank and file for not supporting two agents sent to prison for shooting a drug smuggler in the buttocks as he fled back to Mexico, and greeted with a unanimous "no confidence" vote by the union representing non-supervisory agents.

The presidential merit award, equal to 35 percent of Chief Aguilar's $172,000 annual pay, is 1.7 times larger than the base starting salary of $36,658 for a Border Patrol agent. The bonus has angered many field agents, some of whom told the chief in a terse, unsigned letter that the agency has been damaged and field agents jeopardized by his "politically expedient decisions."

The letter, a copy which was obtained by The Washington Times, challenged Chief Aguilar's job performance since his May 2004 appointment, saying there had "never been a time when our chief has been so out of touch with the field, or a time when our chief has become a politician and lost sight of his most important responsibility: to be an advocate for the agency and its mission."

"You clearly see yourself as an agent of change for political bosses rather than a person who has been entrusted to ensure that the Border Patrol remains a top-notch law enforcement agency, ready and able to carry out its critical function," the letter said.

Mr. Aguilar declined to be interviewed, deferring to his spokesman, who issued a statement defending the chief's work without addressing the merits of the bonus. 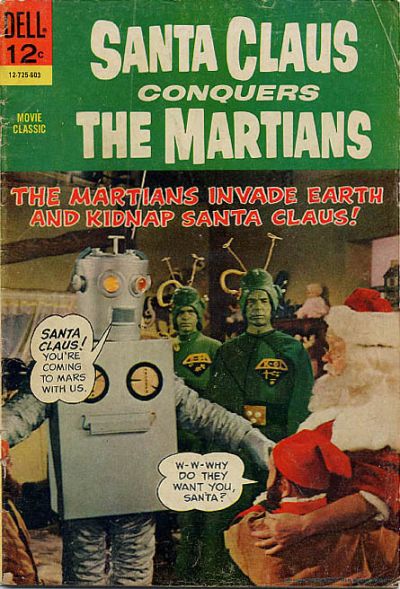 “Is it a bribe to keep him quiet?”

That would at least make some sense. These federal ‘bonus’s’ are just BS. And they always seem to go first to the incompetent.

So do most of the jobs apparently.

And meanwhile the real heroes Ramos and Compean stew in prison.

Yes, they need his silence to railroad innocent BP agents.

Why in the hell do federal agents get BONUSES when they have pension programs and better health care and incentives than the freaking private sector??

Doubly insulting with Ramos and Compaen still in prison.

The news article I have attached below appears in today’s edition of the Washington Times and was written by veteran journalist Jerry Seper who has been accurately covering the immigration “beat” for many years.

What many people may not realize is that all too often, leaders of agencies are actually non-elected politicians. Someone once said that if you put more than two people together, you wind up with a political system.

In order to ascend the chain of command in any organization, often the person who winds up at the top of the pyramid is the person who has demonstrated the willingness to “go along to get along.”

Apparently the chief of the Border Patrol is such an individual.

Virtually from his very first day in office, President George W. Bush made it clear that he opposed any effort to secure our nation’s borders. He dangled promises of guest worker amnesty programs that encouraged the greatest influx of illegal aliens in the history of our nation.

In pushing for the massive hiring program in the waning months of his administration that spanned 8 years, he caused standards to be lowered, and, as the article points out, made it all but inevitable that the massive hiring program caused new recruits to not be properly vetted, apparently causing some applicants with criminal histories to be hired.

Law enforcement is a profession that exposes its officials to the potential for corruption. Corruption takes may forms and in its most insidious, can cost the corrupt agent’s colleagues their very lives. Corruption can and does, compromise national security.

The outrage is that for years the administration refused to hire an adequate number of special agents for ICE and an adequate number of Border Patrol agents. As I have noted in previous commentaries, on March 10, 2005 I was invited to testify before the House Subcommittee on Immigration, Border Security and Claims at a hearing entitled:

You can read the transcript of that hearing in its entirety at:

Had the President heeded the advice of the Congress, there would have been no mad dash to hire and train 6,000 agents whose screening and training program had been compromised out of the necessity of meeting the quotas belatedly imposed by the inept Bush administration.

Meanwhile, Chief Aguilar obviously bought into the madness and is now being richly rewarded by the administration for his loyalty to an administration that will leave behind a legacy of ineptitude, incompetence and arguably worse, where the security of our nation’ borders and the creation of an immigration system that his integrity is concerned.

Even as Mr. Aguilar contemplates how to spend his huge $61,200.00 bonus, Border Patrol Agents Ramos and Compean and their families must wonder how they will get through the next decade as those two valiant agents languish in solitary confinement in federal prison for carrying out their sworn duties!

There is something else I would like you to consider.

The news report that I have attached below notes that the rapid way in which new Border Patrol agents were recruited and hired resulted in criminals not being screened out of the vetting process. Obviously criminals would love to become Border Patrol agents! To be in the position to assist smugglers in moving drugs, illegal aliens including criminals, gang members and terrorists across our nation’s borders could yield them huge “fees.” It is clear that such criminals would have a strong incentive to beat the system and acquire the badge of a sworn federal agent.

Similarly, criminals and terrorists would see in any Comprehensive Immigration Reform (CIR) program, an opportunity to succeed in acquiring lawful status to which they are not entitled. This is the critical vulnerability in a system that is made to operate more rapidly than it was ever designed to operate.

The theory behind the speed laws that are applied to motorists is that if you attempt to drive a vehicle at excessive speed, accidents may well result, often with deadly consequences.

Our nation’s leaders need to finally come to grips with a basic rule that there is an adverse proportion between speed and accuracy!

Had the Bush administration, especially in the wake of the terrorist attacks of 9/11 accepted the commonsense concept that required that the vulnerabilities in the immigration system be immediately and effectively addressed, the issues noted in the news report below concerning the vetting and training of new Border Patrol agents would not be an issue now!

Furthermore, the debate over the construction of a fence to secure the border between the United States and Mexico was utterly absurd. The idea of a “virtual fence” made no sense when you realize that the Border Patrol lacked the resources to respond to the alerts that such a system generates. As I noted during several appearances, “A virtual fence will stop virtually no one!”

A fence should be seen as an important component of an immigration enforcement program that takes many issues into account that need to be closely coordinated to achieve the success that unfortunately, many politicians from both political parties do not want to create.

These are the politicians who are more concerned with getting the campaign contributions of the various groups of advocates that are happy to see an endless stream of illegal aliens flooding across our borders to provide a limitless source of cheap and exploitable labor and also to provide political leverage.

Other politicians are motivated by a desire to have an endless supply of new voters that the massive influx of illegal aliens provides, especially if they can be quickly legalized and then naturalized so that they can legally vote.

Needless to say, the politicians that do not want our nation’s borders to be secured would not want to take the advice and recommendations of field agents into account when constructing the fence because the likelihood is that the input from those agents would make the fence more effective in securing our border, a goal that these politicians do not want to see realized!

These politicians are all about creating illusions while making certain that the border remains as porous as a sieve! David Copperfield, the famed illusionist should run for public office- he is a true illusionist!

We the People must not sit by passively and allow this madness to be foisted upon us and our nation. We the People must take our First Amendment rights seriously and make it our business to have our voices heard by those who purport to represent us!

Good citizenship does not end at the voting booth but it simply begins there. In order for our representative democracy to represent us, we need to communicate with our elected representatives to let them know in clear and unequivocal terms what we want.

I implore you to get involved! Please make this your New Year’s Resolution!

This is neither a Conservative issue, nor is it a Liberal issue- simply stated, this is most certainly an AMERICAN issue!

Democracy is not a spectator sport!

Does Cutler have a web site?

“Does Cutler have a web site?”

No, he doesn’t. I’ve suggested it to him, but he seems content with having his articles in various publications or emails.

The majority of agents at CBP drink the Kool-Aid and think Aguilar is a swell guy.

“The majority of agents at CBP drink the Kool-Aid and think Aguilar is a swell guy.”

Not the agents I hear from and certainly not the retired agents group.