THE seemingly inevitable ascent of Barack Obama to become US president has hit a hurdle, as he is forced to confront accusations, supported by a hard-hitting television ad campaign, that he had a long-time association with two of America's leading terrorists from the 1960s, Bill Ayers and Bernardine Dohrn, one-time leaders of the Weathermen (also known as the Weather Underground).

He describes how they discussed "neo-colonialism, Frantz Fanon (the Black Power hero and apostle of cleansing violence), Eurocentrism, and patriarchy"; and how he read Joseph Conrad's Heart of Darkness "to help me understand just what it is that makes white people so afraid ... Their demons."

Am I the ONLY person in the world who finds almost everything about this guy Obama to be REALLY creepy?!!!

Hey, at least the Australian press is honest.

Of course you’re not the only one.
Several think obama’s lefty politics is a good thing, tho. I’ve talked to some of these libs about it and they look at me like I’m crazy to suggest that these points about their hero are negative. And when you *do* show them how negative it is, they don’t want to hear it.
I found an interesting site with lots of original documents (pdf) from the 60s pertaining to SDS, WU, The New Party, etc.
http://www.sds-1960s.org/index.htm
Some of their plans for the future back then contain placing an “obama” in the WH.

Extensive archival material, including, photographs, film footage and FBI documents are interwoven with modern-day interviews to trace the group’s path, from its pitched battles with police on Chicago’s streets, to its bombing of the U.S. Capitol, to its successful endeavor breaking acid-guru Timothy Leary out of prison.

Great essay! We are about to elect a communist mole to be POTUS, a man who could not get a security clearance if he was applying in the military or federal law enforcement!

Even the aussies know what a piece of dung this guy is, but the MSM here won’t report it or the numbers would be quite different for Nobama 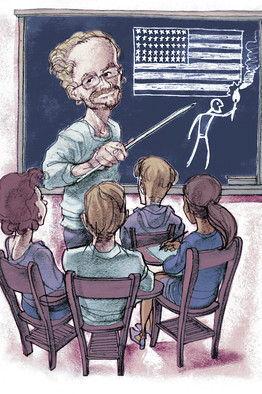 Ayers Is No Education 'Reformer'