The stunning choice sets up a truly historic presidential race - on Nov. 4, Americans will either elect the nation's first black president or its first female vice president.

Mrs. Palin, 44, still in her first term as governor, brings strong conservative credentials - she opposes abortion rights and gay marriage, supports increased domestic drilling for oil, is a lifelong member of the National Rifle Association and has a son in the U.S. Army who deploys to Iraq next month.

"I've spent the last few months looking for a running mate who can best help me shake up Washington and make it start working again for the people that are counting on us," Mr. McCain told 15,000 supporters waving red, white and blue glow sticks in a college basketball arena.

Sucks to be them.

Just the lowly opinion of a red state wannabe.

The blacks squandered an opportunity by fawning over an empty suited Marxist, raised up on Black Liberation Theology, which is nothing more than Marxism.

Wanna know why McCain picked her?

Because she is a female Teddy Roosevelt: reformer, brought down corrupt officials in her own party, rapidly rising, young, outdoorsman. This plays right into McCain’s narrative perfectly!

5 posted on 08/30/2008 2:41:43 AM PDT by ConservativeDude
[ Post Reply | Private Reply | To 1 | View Replies]
To: JohnHuang2
You know, I keep hearing from the lib/socialist/Rats how they will vote for the Messiah so they can make history (or out of their guilt) and because he's black?

I bet you hear nary a peep from the NAG's or any other feminist groups about how women should vote for McCain/Palin for much the same reason.

Anyway, it was a stroke of genius by McCain as the focus of the media will now be on Palin and I imagine the Barry camp must be fit to be tied, thinking they were going to springboard with their dog and pony show and take it on the road. 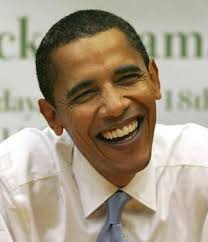 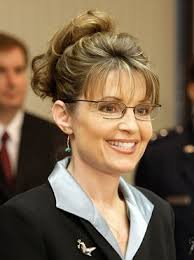 Sucks to be on your ticket, Obama.

Anecdote: Two more Democrat relatives (women, of course) have decided to vote for McCain/Palin instead of Obama. When I think of McCain’s bold move, it reminds me of what I tell my kids, “No guts...no glory”.

Don’t count on it.

The show will go on. If this election has to be all about character and experience then so be it.