Thanks for the time and effort to lay out the press release and compare it to the actual delivered speech. Good work.
I just skimmed it, and noted that it'll be better if I read it later, on an empty stomach.

The National Security Force, no doubt, will resemble the Mugabe militia in design and practice.

In case your interested: The reason I set about this exercise is simple: When I read Farah’s column about what Obama said, I went to the text of the speech, and was surprised to find that the comments about civilian national security force appeared NOWHERE in the speech. Nothing like it, nothing of the sort.

Now, Farah could not have been wrong that Obama said it. I checked, he gave no other speech that day, so I went to the video which Obama kindly provides via YouTube, and there is was/is.

Let's put it this way. The manufacturers of Brown Shirts and Jack Boots will make a fortune.

When I first heard this, I thought it would explode in the news - particularly with Rush, Hannity, Beck, etc.... 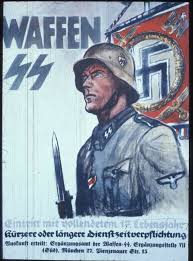 And this has got to be unconstitutional. Pure Marxism.

But, like the tongue-slip of Maxine Waters about them planning to "Socialize - ah, ummm, ah, Nationalize" the oil companies - it just faded into the sunset.

Granted, many who weren't around in WW11 and who got no real history in school, wouldn't realize the stark threat in his national police force - but there are enough of us who do = and we should be shouting from the roof tops...

Sounds like a paramilitary wing of the Democratic party.

Thank you for taking the time to compare the written and spoken speech.

Somewhere I smell a rat, but it could be a red commie too.
They seem to have the same basic goal.

So if I enlist, will I be grandfathered into the Black Muslim - Nation of Islam , even though I’m white?

Must I really learn to speak French?

Will I be assigned to a Honky brigade?

Will Michelle be my superior?

Must I learn one of those complicated secret handshakes?

This is one dangerous man....

to step into the strong currents of history, and to shape your country's future. ---First hint at Communism
Through service, I found a community that embraced me; ---First taste of communist indoctrination. "They love me, they really do!" / Jim Cary

JFK's call to service---Almost missed this one. Would sound better like this:

Just posting a question to “serve” FR. See, I’m in the Obamaniacal spirit.

I have never entirely understood the Democrats’ fondness for the draft. If they honestly think it will turn a group of youths forcibly displaced from their customary diet of video games into bright-eyed liberal footsoldiers they don’t know young people very well. Mostly it will irritate them.

17 posted on 07/16/2008 9:42:47 PM PDT by VeniVidiVici (Barack Hussein Obama=Jimmy Carter Part Douche)
[ Post Reply | Private Reply | To 1 | View Replies]
To: seanrobins
[26] So, we are going to We'll send . . . We're gonna send more college graduates to teach and mentor our young people. “We'll call on Americans to join an Energy Corps to conduct renewable energy and environmental cleanup projects in their neighborhoods all across the country. We will We'll enlist our veterans to help other vets find jobs and support for other vets, and to be there for our military families. And we're gonna we'll also grow our Foreign Service, open consulates that have been shuttered, and double the size of the Peace Corps by 2011 to renew our diplomacy. We cannot continue to rely only on our military in order to achieve the national security objectives that we've set. We've gotta have a civilian national security force that's just as powerful, just as strong, just as well-funded.”

This may come back to haunt us.

“People get the government they deserve.” Joseph deMaistre.

And when people become THIS freaking STUPID and inattentive to their freedoms, THIS is the candidate they deserve.

Hurry before some diversity loving (RIGHT!) Obamaniac at YouTube pulls it.