MR. RUSSERT: You say you've been deeply involved in the eight years of the Clinton administration. One of the powers given to a president is the power of pardon. At the end of the president's second term, he granted 140 pardons, including one to Marc Rich, someone who had been convicted of tax evasion, fraud and making illegal oil deals with Iran. Were you involved in that pardon?

SEN. CLINTON: No. I didn't know anything about that.

MR. RUSSERT: No one talked to you whatsoever?

SEN. CLINTON: Well, no one talked to me about it, Tim.

MR. RUSSERT: Your two brothers proposed people for pardons and you were paid money. One brother, you asked to give the money back.

MR. RUSSERT: Were you aware your brothers were involved?

TOPICS: News/Current Events
KEYWORDS: hillary; hillaryclinton; mtp; nbc; timrussert Navigation: use the links below to view more comments.
first 1-20, 21-39 next last
Okay, let me get this straight: Hillary was aware of the "one brother, you asked to give the money back" part, by her reply of "that's right, that's right," but she wasn't aware of the part that they were involved?

Doesn't one have to come before the other?

Number of times that Clinton figures who testified in court or before Congress said that they didn’t remember, didn’t know, or something similar.

Not in Hillary’s village.

Russert is such a pussycat with Hillary. I’ve seen him push Condi to the wall on whether or not she will run for President, six, seven follow up questions.

Here he just accepts her bland denials as fact.

That’s the only way she’d ever go on his show... if he’s easy on her. It’s pathetic.

lmao at your tagline 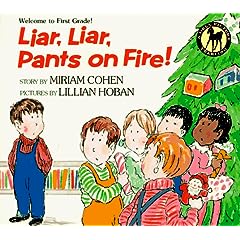 If her lips are moving...she’s lying. Its as simple as that unless she’s talking about how she would like to turn the USA into a Communist stinkhole. Then Believe Her!

Honestly, I feel pressure at my temples and my heart beating in my forehead when I just see her photo or hear either of the Clinton's voices.

We have to keep them out of the WH. This country cannot stand another 8 years.

12 posted on 01/13/2008 4:37:58 PM PST by vietvet67
[ Post Reply | Private Reply | To 1 | View Replies]
To: jdm
I believe that we need a president ready on day one. I'm putting forth my qualifications, my experience, my 35 years of proven, tested leadership, sometimes, as you well know, you know, walking through the fires, being prepared to take on whatever the Republicans send our way.

So it's the Republicans we need to fear and defeat, not al-Qaida. Our fellow citizens who have different points of view who are the "enemy."

Good grief, how I despise this woman.

Hunter Thompson may be dead...
but Thompson/Hunter is alive and well..

I think that MTP should be renamed “Soft Ball.”

I beleive that Hillary gave Russert a list of topics that could not be Addressed.

I don’t think hillary clinton is near ready for being President.........

She doesn’t know anything, she doesn’t see anything, can’t hear, and her memory is very bad. That will not do well when dealing with other Heads of States!!! my oh my!!

as they say on FreeRepublic..... and it fits regarding hillary clinton....

Dim Tim was obviously terrified. What an insult to the intelligence this interview was.

Same old Clintion reply! I don’t know. That is not on the list of questions I gave you? Why are you trying to make me cry. :-)

Is there a source for these interesting statistics?