GOTTA SEE THIS-WarEndur.Freedom 05/22/07-Ein el-Hilweh,Nahr al-Bared,Verdun,Beirut
NASA, DOD, Yahoo, AP, Reuters, AFP, EPA and the usual suspects, and many brave photographers | 5/22/07 | The Armies of Good against the Axis of Evil 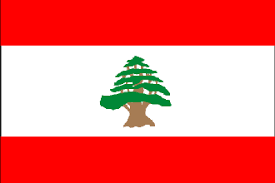 At the Nahr al-Bared 'Palestinian'-al Qaeda terrorist camp
Lebanese soldiers continue to free the city on day three
and assault the al Qaeda in their 'safe house'.

The Lebanese roll on against al Qaeda and terrorism, freeing the town.

At the Nahr al-Bared 'Palestinian' terrorist camp border, al Qaeda is getting crushed.
Who will help the evil terrorists? Here comes the first helpful terrorist convoy
from .... the United Nations RWA.

At the Verdun Beirut shopping center, an explosion
the evening of May 21, 2007, in one of Beirut's Muslim neighborhoods

At the Ein el-Hilweh terrorist camp, near Sidon.
Palestinian terrorists showed their inventiveness and humanity
by artillery, machine gun fire, and burned car tires.
The local terrorist shiek, tongue-in-cheek, claims that the 'police'
will support the Lebanese army. Looks like terror-Disney land.

Israeli Prime Miister Ehud Olmert looks at a Kassam rocket in Kibbutz Nir Am,
which hit near Sderot in southern Israel, 21 May 2007.

Jellyfish-Lawyer Israeli Prime Miister Ehud Olmert did nothing of importance,
so yesterday, another dozen Kassam rockets struck again (8000 recently)
with one rocket hitting a car and killing a 35-year-old Israeli woman. Not for commercial use. Solely to be used for the educational purposes of research and open discussion.
-----------------------
Please spend a few hours today helping for success in the War for Enduring Freedom,
and protecting the border of the American heartland.
Support the Troops.
and post your thought, missive, picture, thread, analysis, greetings to those serving overseas.
Venting, updates, corrections, observations, and thing else of interest
are appreciated by all FReepers.

Thanks for all the comments FReepers yesterday.

That's a lot of brass on the ground! BUMP for the best collection of news photos on the web.

THANK YOU Diogenesis for the ping.
I appreciate the thread.

I moved your two threads from Breaking and placed them in Front Page thinking that they better belong there. I’m waiting to see what Jim Robinson thinks. I’ll move them back if he says . . . do you have more of these, or just the two?

God bless this plucky little army for taking the fight to the sons of palestine that bravely shield themselves in hospitals and orphanages.

I'm afraid I missed this photo when it was on the front page of the New York Times, above the fold.

Great Job. Thanks for your hard work and the ping.

Fantastic photographs, Diogenesis. Are they published in any ME newspapers?

Fantastic coverage and photos — this is one of the reasons why my husband Quint and I spend so much time on Free Republic.

Thank you for putting this news out there. Probably won’t catch it in the dailies.

Thanks for the ping, awesome as always!

I admit I wondered why this had been moved from breaking.

This is “What’s happening in the World” right now.

That is one of FR’s strong suits, IMO.

FWIW,
I vote to put it back in breaking.