It should be up to those in danger to evaluate the threat
The Austin American-Statesman ^ | August 19, 2006 | EDITORIAL BOARD

Sometime in the coming weeks, the Texas House Criminal Jurisprudence Committee will recommend changing state law to give Texans wider latitude to use deadly force in their own defense.

If the Legislature agrees, as is likely, Texas will help fuel a veritable wildfire of "stand your ground" legislation spreading through the country. Since a similar law went into effect in Florida in October, 14 other states have passed their own versions. Another 10, including Texas, are considering them.

Committee Chairman Terry Keel, R-Austin, says Texas needs such a law to make clear the legal right of property owners to decide when to use a weapon to protect themselves. The law would offer property owners who fight back significant legal protection from civil lawsuits filed by would-be burglars, robbers, rapists and killers who have been counterattacked.

We believe the law ought to be passed so that Texans are absolutely clear about when they may or may not use deadly force.

Although clearly popular with state legislatures, the public and the National Rifle Association, which has lobbied hard for these laws, there are critics among gun-control advocates, trial lawyers and prosecutors who say they will shoulder an unfair burden of proof in prosecuting attackers who claim self-defense.

Prosecutors in Florida say this hurdle has resulted in fewer charges filed against people claiming self-defense. They point to a decision in July by authorities in Port Richey, Fla., to drop murder charges against a 23-year-old prostitute who shot a longtime client with the client's gun after he had threatened to kill her. Before the law was changed, the woman would have had to prove that she could not have somehow gotten away safely without using force.

The facts of the case, however, actually prove the law's value. The investigation showed ample legal justification for the woman to fire the gun. The public and the woman, who might reasonably be considered a victim, too, would not have been better served trying her for murder.

Texas grand juries have traditionally been sympathetic to those who take up arms to protect life and property. Keel, who is leaving the Legislature in January after five terms, ought to know. The former Travis County assistant district attorney tried in 1990 to prosecute an Austin man who shot a convicted burglar in the back and killed him as he ran from the man's Barton Hills home. The grand jury chose not to indict the property owner.

Keel said then that he thought the use of deadly force was not justified because it ought to be reserved for the protection of life, not property. The Legislature had changed the Penal Code in 1975 to require someone to retreat from a threat, if possible. Today, Keel says he wants a state law that gives property owners an explicit right to decide what is a personal threat and when to use force to combat it.

It is significant that in states that have "stand your ground" laws, authorities express confidence that there will be no outbreak of vigilante justice. Rather, such laws clarify and codify the right of a citizen to presume that someone breaking into a home or property intends to do harm and to determine what protective measures must be taken. The law ought to close the loophole that allows an attacker who failed to make his or her case in criminal court to harass a self-defender in civil court.

The reason grand juries in Texas so often side with those who defend themselves under attack has little to do with some latent yearning for our Wild West past. More likely, jurors sit in judgment wondering how they might react under the same pressure. As Supreme Court Justice Oliver Wendell Holmes once said, "Detached reflection cannot be demanded in the presence of an uplifted knife."

I thought this paper was supposed to be a liberal rag. Am I wrong? 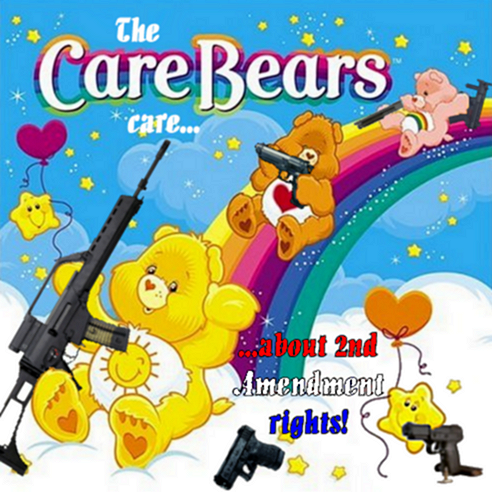 The Austin paper is, by and large, a very liberal rag--but once in a while they will print something that makes sense.

Good to see you following GA, as usual. We had shall-issue concealed carry long before you, and our Castle Law went into effect earlier this summer.

We had shall-issue concealed carry long before you, and our Castle Law went into effect earlier this summer.

Years ago the saying was:

"What California does today the rest of The United States will be doing in ten years".

Today when it comes to matters of common sense:

"What Florida, Georgia and Texas do today the rest of The Red States will be doing in ten years".

The blue states will still be stuck on stupid in ten years.

9 posted on 08/21/2006 1:59:43 PM PDT by Badray (While defending the land called America, we must also be sure to preserve the Idea called America.)
[ Post Reply | Private Reply | To 4 | View Replies]
To: neverdem
A little something to display in your windows at home