Navigation: use the links below to view more comments.
first previous 1-20, 21-40, 41-60, 61-67 next last
To: Argus
If Carroll is writing like this, the word has obviously gone forth from communist hq to dump Sheehan, ever so gently but firmly.

Sounds on target. He knows Cindy was well indoctrinated to the hard left before she ever showed up in Crawford. Cindy is going to suffer the same fate as ANSWER, once the veil is lifted the jig is up.

I thought that was an urban legend from a change in guest anti-war mother on some talking head show. Sheehan bailed and the substitute turned out to be a phony.

They lose all contact with reality from that day forward.

That is what Cindy is reminding us.

Translation: "We've used her up. Time to throw her away. But the stupid idiot won't stay in the dustbin of history!"

Good illustration of how a useful idiot can become a useless idiot, because she refuses to understand that she isn't useful any more and it's time for her to go.

Message to the Left, and to Cindy if she ever wakes up: People aren't put into this world to be used and used up. Not you, not your son, not your husband.

On the contrary, she's helping the cause tremendously. Bwahahahahaha.

Is he? (I've got his old Chrysler LeBaron!) 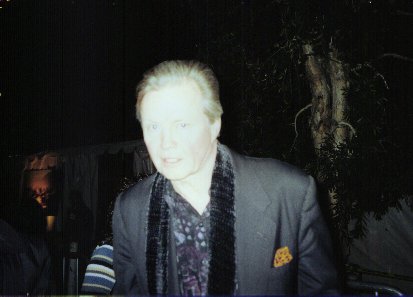 Uh oh. Poor Jon Carroll. What was he thinking? After she sues the Capitol Hill police for her pain and suffering, he will be her next gravy train. Mother Sheehan doesn't handle criticism well. Wonder if he'll be on her next t-shirt.

"Idiot doesn't realize she called her own son a terrorist with that comment."

I really don't think she cares. Her hatred for Bush, this administration and this country is larger than her love for Casey it would seem.

We've got to get it back to one mother, alone, sitting in her rocking chair...

She's losing whatever sympathy she had from the American people over the death of her son.

But as long as the MSM can continue to beat the drum of "unlawful war" and "un-necessary deaths", they will do so.

it was a useful symbol for the decadent isolation of the Bush White House.

"Decadent isolation"? Is that like diddling the young intern in the lavatory?

On the other hand, didn't he play the first gay cowboy (in Midnight Cowboy)?

(damn, how do you do those smiley winky things)

I knew Mother Moonbat was finished when JON STEWART of all people made fun of her last night.

As I was saying all summer, Cindy is the Katie Holmes of the anti-American left. They pretend to love her and she provides camouflage for their dirty little secrets.

They'll dump her like used lunch when she outlasts her usefulness.

Oh, yeah?! Do you have the PENCIL with teethmarks that we can have a dentist examine? Hmmm? ;-)