Stew Albert, a co-founder of the theatrically unruly Youth International Party -- whose members were more commonly known as Yippies -- and one of the last remaining radical leftists of a colorful cohort that once included Jerry Rubin, Abbie Hoffman, Bobby Seale, Huey Newton, Eldridge Cleaver, John Lennon, Timothy Leary and Tom Hayden, died Monday in Portland of liver cancer. He was 66.

Mr. Albert was clubbed by police during the iconic 1968 anti-war Democratic National Convention riot, and was named as an unindicted co-conspirator at the Chicago 7 trial; seven others were indicted for conspiring to start a riot at the convention. The prosecution read articles he'd written for an underground newspaper.

The Yippies were a political and cultural group which in 1968 advanced a pig as candidate for president and in 1970 invaded Disneyland for a day. In 1970, Mr. Albert ran for sheriff of Alameda County, Calif., but lost. (He carried the city of Berkeley, though.)

A lifelong radical and activist, unlike many aging '60s radicals and hippies who grew into careerists who worried about their own kids and drugs, Mr. Albert continued to carry an idealistic torch for the 1960s, marching, protesting, speaking and writing on behalf of radical social change.

Mr. Albert moved to Portland in 1984 with his wife, Judy Gumbo, whom he married in 1977, and young daughter. He worked as a freelance writer and editor from his Northeast Portland home, helped raise his daughter and enjoyed his reputation as a hell-raiser. He was active in Northwest Coalition for Human Dignity, an anti-racism group, and was president of Oregon Jewish Agenda, which in the mid-'80s started promoting Arab (Palestinian)-Jewish dialogue.

His memoir, "Who the Hell is Stew Albert?" -- so named because of a question Howard Stern posed on his radio show -- was published by Red Hen Press in 2005.

Mr. Albert was born Dec. 4, 1939, in Brooklyn, N.Y., an only child. He graduated from Pace University and in 1964 began organizing against the Vietnam War.

"I imagine Americans secretly miss the passion of my generation," he wrote of that experience.

In 1996, Mayor Richard M. Daley, son of former Mayor Richard J. Daley, invited him to Chicago with his pal Tom Hayden (a former roommate), for a day of reconciliation. Mr. Albert shook hands with the younger Mayor Daley.

Mr. Albert was co-author with his wife of "The Sixties Papers" anthology

He ran the Yippie Reading Room online and continued to blog until the day before his death, at http://members.aol.com/stewa/stew.html

He is survived by his wife, Judy Gumbo Albert, and daughter, Jessica Pearl Albert.

A funeral will be at 1 p.m. Wednesday at Havurah Shalom.

Too much Boones Farm's 'Strawberry Fields'.

An idealist is one who, on noticing that a rose smells better than a cabbage, concludes that it will also make better soup.

Goodbye to a dumb man who never ever grew up. I pity him and those he influenced.

One of the best events at Woodstock which was unfortunatly edited out of the movie was Abbie Hoffman grabbing the mic during the Who's set and yelled Free Rubin Sinclair! Pete Townsend nailed him over the head with his SG. Ka-Bong!

Change the "is" to "was" and it's still a good question

7 posted on 01/31/2006 12:31:47 PM PST by tx_eggman (Unforgiveness is like eating rat poison and expecting the other person to get sick.)
[ Post Reply | Private Reply | To 1 | View Replies]
To: massgopguy
Abbie Hoffman grabbing the mic during the Who's set

Hey man, you don't mess with The WHO's set man, they'll kick your ass, man.

You choose: Donate either to a group dedicated to keeping children from ever being born or one dedicated to helping the ones that were not "choice" victims.

Something the Democrats did in 1982.

Something the Democrats did in 1982."

Something they're planning to repeat in 2008.

This here is a cesspool. His Yippie reading room.

No, but I sure miss police whomping your stupid hippie asses with batons.

"Goodbye to a dumb man who never ever grew up. I pity him and those he influenced."

The best eulogy EVER. 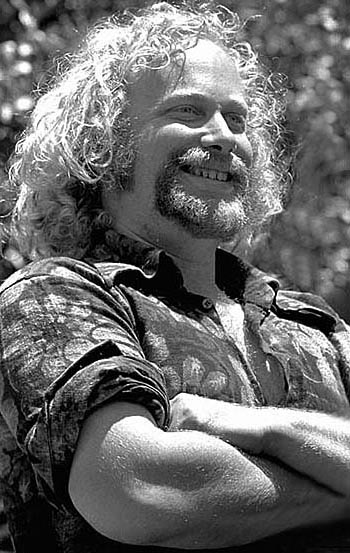 A true inheritor of the Bolsheviks and I'm sure he's in the smae place now as his heroes. He will not be missed.

Embarassingly bad writing over there.

You'd have never known he died from the headline.

I wish there were some way to bury his ideology with him.