Fifty-one years ago today, in a speech before the Council on Foreign Relations, an influentual New York-based think tank, US Secretary of State John Foster Dulles outlined what became known as the policy of massive retaliation. He explained to his listeners that the US would no longer allow itself to be drawn into conventional regional conflicts such as the Korean War--or, for that matter, Vietnam--but would reserve the right to respond to Communist aggression with "massive rataliatory poser" applied at places and with means of its own choosing--or, in other words, nuclear weapons might be used directly against the Soviet Union or Communist China. The Eisenhower administration would adhere to this policy throughout its tenure. Below is the speech, as published in the Department of State Bulletin.

The Strategy of Massive Retaliation

Speech of Secretary of State John Foster Dulles before the Council on Foreign Relations
January 12, 1954

It is now nearly a year since the Eisenhower administration took office. During that year I have often spoken of various parts of our foreign policies. Tonight I should like to present an overall view of those policies which relate to our security.

First of all, let us recognize that many of the preceding foreign policies were good. Aid to Greece and Turkey had checked the Communist drive to the Mediterranean. The European Recovery Program [Marshall Plan] had helped the peoples of Western Europe to pull out of the postwar morass. The Western powers were steadfast in Berlin and overcame the blockade with their airlift. As a loyal member of the United Nations, we had reacted with force to repel the Communist attack in Korea. When that effort exposed our military weakness, we rebuilt rapidly our military establishment. We also sought a quick build up of armed strength in Western Europe.

These were the acts of a nation which saw the danger of Soviet communism; which realized that its own safety was tied up with that of others; which was capable of responding boldly and promptly to emergencies. These are precious values to be acclaimed. Also, we can pay tribute to congressional bipartisanship which puts the nation above politics.

But we need to recall that what we did was in the main emergency action, imposed on us by our enemies…. We live in a world where emergencies are always possible, and our survival may depend upon our capacity to meet emergencies. Let us pray that we shall always have that capacity. But, having said that, it is necessary also to say that emergency measures - however good for the emergency - do not necessarily make

good permanent policies. Emergency measures are costly; they are superficial; and they imply that the enemy has the initiative. They cannot be depended on to serve our long-time interests.

This "long time" factor is of critical importance. The Soviet Communists are planning for what they call "an entire historical era," and we should do the same. They seek, through many types of maneuvers, gradually to divide and weaken the free nations by overextending them in efforts which, as Lenin put it, are "beyond their strength, so that they come to practical bankruptcy." Then, said Lenin, "our victory is assured." Then, said Stalin, will be "the moment for the decisive blow." In the face of this strategy, measures cannot be judged adequate merely because they ward off an immediate danger. It is essential to do this, but it is also essential to do so without exhausting ourselves.

When the Eisenhower administration applied this test, we felt that some transformations were needed. It is not sound military strategy permanently to commit U.S. land forces to Asia to a degree that leaves us no strategic reserves. It is not sound economics, or good foreign policy to support permanently other countries, for in the long run, that creates as much ill will as good will. Also, it is not sound to become permanently committed to military expenditures so vast that they lead to "practical bankruptcy."

Change was imperative to assure the stamina needed for permanent security. But it was equally imperative that change should be accompanied by understanding of our true purposes. Sudden and spectacular change had to be avoided. Otherwise, there might have been a panic among our friends and miscalculated aggression by our enemies. We can, I believe, make a good report in these respects. We need allies and collective security. Our purpose is to make these relations more effective, less costly. This can be done by placing more reliance on deterrent power and less dependence on local defensive power.

This is accepted practice so far as local communities are concerned. We keep locks on our doors, but we do not have an armed guard in every home. We rely principally on a community security system so well equipped to punish any who break in and steal that, in fact, would-be aggressors are generally deterred. That is the modern way of getting maximum protection at a bearable cost. What the Eisenhower administration seeks is a similar international security system. We want, for ourselves and the other free nations, a maximum deterrent at a bearable cost.

Local defense will always be important. But there is no local defense which alone will contain the mighty landpower of the Communist world. Local defenses must be reinforced by the further deterrent of massive retaliatory power. A potential aggressor must know that he cannot always prescribe battle conditions that suit him. Otherwise, for example, a potential aggressor, who is glutted with manpower, might be tempted to attack in confidence that resistance would be confined to manpower. He might be tempted to attack in places where his superiority was decisive.

The way to deter aggression is for the free community to be willing and able to respond vigorously at places and with means of its own choosing. So long as our basic policy concepts were unclear, our military leaders could not be selective in building our military power. If an enemy could pick his time and place and method of warfare - and if our policy was to remain the traditional one of meeting aggression by direct and local opposition - then we needed to be ready to fight in the Arctic and in the Tropics; in Asia, the Near East, and in Europe; by sea, by land, and by air; with old weapons and with new weapons….

But before military planning could be changed, the President and his advisers, as represented by the National Security Council, had to take some basic policy decisions. This has been done. The basic decision was to depend primarily upon a great capacity to retaliate, instantly, by means and at places of our choosing. Now the Department of Defense and the Joint Chiefs of Staff can shape our military establishment to fit what is our policy, instead of having to try to be ready to meet

the enem'y’s many choices. That permits of a selection of military means instead of a multiplication of means. As a result, it is now possible to get, and share, more basic security at less cost….

I know it's a typo, but it does accurately describe the Clinton policy. 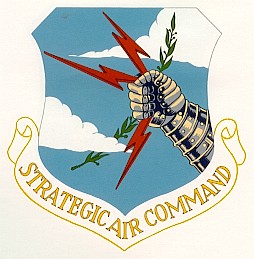 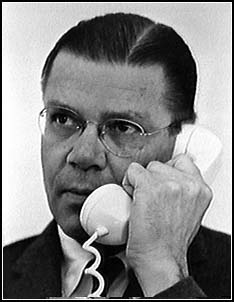 4 posted on 01/12/2006 11:40:31 AM PST by fallujah-nuker (America needs more SAC and less empty sacs.)
[ Post Reply | Private Reply | To 1 | View Replies]
To: Fiji Hill
"Local defenses must be reinforced by the further deterrent of massive retaliatory power. A potential aggressor must know that he cannot always prescribe battle conditions that suit him. Otherwise, for example, a potential aggressor, who is glutted with manpower, might be tempted to attack in confidence that resistance would be confined to manpower. He might be tempted to attack in places where his superiority was decisive."

Obviously LBJ didn't buy this. So in Vietnam we ended up with the aggressor prescribing "battle conditions that suit him" and "glutted with manpower" the NVA were able to attack in confidence that resistance would be confined to manpower, i.e. no U.S. ground attacks into North Vietam (to force NVA troops to remain in defensive positions in the North) for fear of provoking China and the Soviets.