Navigation: use the links below to view more comments.
first 1-20, 21-24 next last
Jane Via, Ph.D., Marquette University

Catholics and Abortion: Authority vs. Dissent  Via was Silenced by her Bishop

3 posted on 07/28/2005 4:11:45 PM PDT by maestro
[ Post Reply | Private Reply | To 1 | View Replies]
To: Coleus
Most Catholic grade schools and high schools are great, but those who run today's Catholic colleges seem to care little about the Church's values. Most "Catholic" colleges are no more Catholic than public universities. For example, at DePaul, which recently suspended an instructor for condemning Islamic radicals, only about 30% of the student body is Catholic.
4 posted on 07/28/2005 4:15:09 PM PDT by BW2221
[ Post Reply | Private Reply | To 1 | View Replies]
To: Coleus; american colleen; Lady In Blue; Salvation; narses; SMEDLEYBUTLER; redhead; ...
These women are so utterly and totally lost in their self importance and feminist agendas. By their actions, they have ex-communicated themselves from the Catholic Church. Perhaps the question posited by the Newmann Society should have been: "Why do you allow an ex-communicated catholic to teach at your university?"

It will open September 2006 in San Diego nad promises to be a "real" Cathoilc University.

6 posted on 07/28/2005 4:47:15 PM PDT by It's me
[ Post Reply | Private Reply | To 4 | View Replies]
To: Coleus
Sr. Martha Ann Kirk, CCVI, Professor of Religious Studies and coordinator of the undergraduate religious studies program at the University of the Incarnate Word in San Antonio, Texas, is a liturgical dancer and peace activist who has said she desires to be a priest, according to a Baltimore Sun article in Nov. 2000.

This piece of work is very influential in the Archdiocese in which I reside. I have previously posted pictures of her on FR where she was the Priestess/Presider at San Fernando Cathedral doing some neo Pagan liturgy. She is a past President of the Women's Ordination Conference.

Our former Archbishop was a great supporter of Sr. Kirk, and praised her work on inculturation (eg, Aztec Altar Dancers in loincloths) in a forward for one of her books.

As an aside, one needn't worry about the likes of Harry Potter when we have living, breathing religious like this corrupting the children, and young people here.

Several years ago, one of the sisters (her last name was Walsh, IIRC) at UIW brought an art exhibit to campus which portrayed unnatural acts between archangels, and human females-doing these acts on an altar, no less.

Despite the protestations of Catholics, the (now former) Archbishop said he could do nothing. It was only when huge numbers of Protestants here demanded action that he ordered the art exhibit removed.

I do wish our new Archbishop would assert his authority to rid us of these apostates and heretics. If he is praying for their conversion, I don't think it's working.

I worked in the same Dept. with Jane when she was
a County Atty.

Don't let the door hit ya where the good Lord split ya!

The article basically has it. I remember when the
former bishop wasn't keen on some of her views.
When she was an active atty she was involved with
religious issues, apart from her work.

For those who are not familiar with that document, a couple of extracts:

27. Every Catholic University, without ceasing to be a University, has a relationship to the Church that is essential to its institutional identity. As such, it participates most directly in the life of the local Church in which it is situated; at the same time, because it is an academic institution and therefore a part of the international community of scholarship and inquiry, each institution participates in and contributes to the life and the mission of the universal Church, assuming consequently a special bond with the Holy See by reason of the service to unity which it is called to render to the whole Church. One consequence of its essential relationship to the Church is that the institutional fidelity of the University to the Christian message includes a recognition of and adherence to the teaching authority of the Church in matters of faith and morals. Catholic members of the university community are also called to a personal fidelity to the Church with all that this implies. Non-Catholic members are required to respect the Catholic character of the University, while the University in turn respects their religious liberty. (snip)

§ 1. The responsibility for maintaining and strengthening the Catholic identity of the University rests primarily with the University itself. While this responsibility is entrusted principally to university authorities (including, when the positions exist, the Chancellor and/or a Board of Trustees or equivalent body), it is shared in varying degrees by all members of the university community, and therefore calls for the recruitment of adequate university personnel, especially teachers and administrators, who are both willing and able to promote that identity. The identity of a Catholic University is essentially linked to the quality of its teachers and to respect for Catholic doctrine. It is the responsibility of the competent Authority to watch over these two fundamental needs in accordance with what is indicated in Canon Law(49).

§ 2. All teachers and all administrators, at the time of their appointment, are to be informed about the Catholic identity of the Institution and its implications, and about their responsibility to promote, or at least to respect, that identity.

§ 3. In ways appropriate to the different academic disciplines, all Catholic teachers are to be faithful to, and all other teachers are to respect, Catholic doctrine and morals in their research and teaching. In particular, Catholic theologians, aware that they fulfil a mandate received from the Church, are to be faithful to the Magisterium of the Church as the authentic interpreter of Sacred Scripture and Sacred Tradition(50).

§ 4. Those university teachers and administrators who belong to other Churches, ecclesial communities, or religions, as well as those who profess no religious belief, and also all students, are to recognize and respect the distinctive Catholic identity of the University. In order not to endanger the Catholic identity of the University or Institute of Higher Studies, the number of non-Catholic teachers should not be allowed to constitute a majority within the Institution, which is and must remain Catholic.

Article 5. The Catholic University within the Church

So are these just words or do these words have meaning? Only the local Ordinary will be able to tell us for sure...

12 posted on 07/28/2005 6:23:14 PM PDT by markomalley (Vivat Iesus!)
[ Post Reply | Private Reply | To 1 | View Replies]
To: markomalley
thanks, forgot to post that encyclical
and don't let the bishops off the hook, remember Veritatis splendor
116.
A particular responsibility is incumbent upon Bishops with regard to Catholic institutions. Whether these are agencies for the pastoral care of the family or for social work, or institutions dedicated to teaching or health care, Bishops can canonically erect and recognize these structures and delegate certain responsibilities to them. Nevertheless, Bishops are never relieved of their own personal obligations. It falls to them, in communion with the Holy See, both to grant the title "Catholic" to Church-related schools,179 universities,180 health-care facilities and counselling services, and, in cases of a serious failure to live up to that title, to take it away.

What is with these women? They've done just about everything they can do to "prove" themselves, but they're not getting the attention they crave? (Daddy didn't appreciate them; said 'girls belong in the kitchen and having babies.' They're trying to "show" Daddy that they ARE important, too.) (sound of tiny shoe stamping three times)

It's just plain SILLY. God has a place for them, but they don't want to be SERVANTS, they want to be PRIESTS! They don't even understand Scripture. 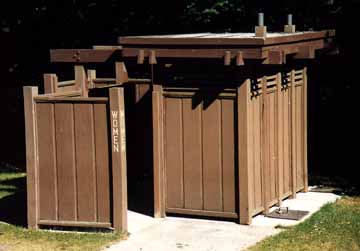 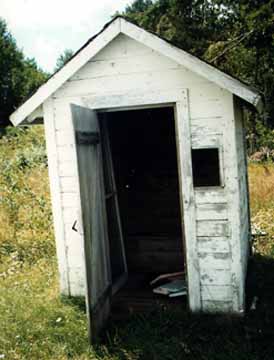 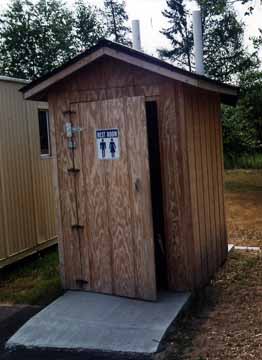 You wanna be a Priest? Go clean some commodes until God gets your attention. (And yes, I meant to write it the way it reads.)
14 posted on 07/28/2005 7:14:09 PM PDT by HighlyOpinionated (It translates as "72 raisins of startling white clarity" NOT 72 fair skinned maidens.)
[ Post Reply | Private Reply | To 2 | View Replies]
Comment #15 Removed by Moderator

sorry for the double post. weird how that happens.

Wait until after the October Synod and see if there's a significant change.

Don't these Priests and Bishops and Archbishops understand that they will be held accountable for EVERY person's soul which failed to obtain heaven due to their negligence? Are they THAT ignorant or THAT self-absorbed with their positions and fear of losing prestige?

1 Timothy 2:15b know how thou oughtest to behave thyself in the house of God, which is the church of the living God, the pillar and ground of the truth.

Note of Vs 15 "The pillar and ground of the truth"... Therefore the church of the living God can never uphold error, nor bring in corruptions, superstition, or idolatry.

16 And evidently great is the mystery of godliness, which was manifested in the flesh, was justified in the spirit, appeared unto angels, hath been preached unto the Gentiles, is believed in the world, is taken up in glory.

forget? I never heard of it.