BRITAIN is leading moves to shelve the European constitution until EU leaders agree a way forward after the emphatic “no” vote in France and the Netherlands.

Jack Straw, the Foreign Secretary, is expected to tell MPs on Monday that legislation paving the way for a British referendum will be suspended until there is “clarity” from EU leaders.

Officials in Brussels fear that suspending the ratification process is tantamount to killing it, and European leaders have demanded that the process continue despite the defeats.

But other countries facing tough referendum battles signalled that they may follow Britain’s lead, deepening the rifts within the Union. 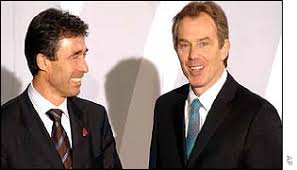 At Downing Street next week Tony Blair will meet Anders Fogh Rasmussen, the Danish Prime Minister, who is said to be “sympathetic” to calls for a postponement.

Denmark is due to hold a referendum in September, but a poll last night showed that the “yes” camp’s eight-point lead has suddenly turned into a nine-point deficit.

Bertie Ahern, the Taoiseach, said that the Irish Government would continue to prepare for a referendum, but would be guided by the outcome of the emergency EU summit on June 16.

Giulio Tremonti, the Italian Deputy Prime Minister, said that he believed that the constitution was dead.

Even José Manuel Barroso, the European Commission President, is said to be privately sympathetic to the British position.

“You have to be realistic and recognise realities. A pause is very realistic. Barroso understands Blair’s position,” a Commission source told The Times.

But most member states continue to insist that the treaty be kept alive, and were drawing up their battle lines for June 16.

Gerhard Schröder, the German Chancellor, held an emergency meeting with Jean-Claude Juncker, the Prime Minister of Luxembourg and current EU president, yesterday, and will have another with President Chirac of France tomorrow.

“I will not give up working for this constitution, for a united Europe,” Herr Schröder said in Luxembourg. Mr Juncker said: “I remain . . . of the view the ratification process must be able to continue.”

While the rest of Europe agonised over the fate of the constitution, Latvia became the tenth member state to adopt it yesterday when its parliament ratified the treaty by an overwhelming majority.

Officially the British Government is saying little. It takes over the EU presidency next month, and does not want to be seen as the country that killed the treaty — although it would be delighted to escape a vote it would almost certainly lose.

Mr Blair, who is on holiday in Italy, has yet to comment on the Dutch vote. But Douglas Alexander, the Europe Minister, made the British position clear when he told BBC Radio that the treaty was in “serious difficulty” but “it’s not for one country to declare it dead”. He noted that some countries had said that they intended to continue with ratification, but refused to say that Britain would do the same.

Mr Blair’s allies were out in force yesterday, making clear that they believed the treaty had no future. 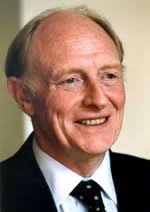 Lord Kinnock, the former EU commissioner, said that it would be a “pantomime” to carry on the ratification process as if nothing had happened. “It’s dead and the idea you can have a pantomime lasting over a year is absurd.”

Stephen Byers, the former Transport Secretary and a confidant of Mr Blair’s, said that he was astonished that some European leaders were acting as if nothing had happened. “What part of ‘no’ don’t they understand?” he said.

There is some nervousness in the Foreign and Commonwealth Office that Mr Straw’s statement on Monday suspending ratification will be seen as provocative, pre-empting the June 16th summit.

British officials yesterday played down the chances of the summit achieving a breakthrough, given the polarised nature of opinions across Europe.

They are determined that the problems with the treaty will not dominate the EU Presidency, which Mr Blair has made clear he wants to focus on economic reform.

Yesterday, Britain lined up with eight other EU member states to save the UK’s opt-out from Europe’s 48-hour working week.

Alan Johnson, the Trade and Industry Secretary, and fellow employment ministers from the eight countries used a so-called “blocking minority” vote to reject European Commission plans that could have ended the opt-out.

Is that hot air I hear leaking out of the Euro balloon, or hot air being blown into it?

How ironic it is that all the countries of New Europe have approved the EU Constitution, but one of the principal authors of the document, France (a former President of France wrote it), rejected it. Watching Chirac and Schroeder squirm and complain is priceless, arrogant jerks.

IIRC, only two of the countries that have already approved the document did so by a public vote..the others all had their legislatures pass bills...is this so?

"Turn those machines back on!"

Keep in mind, too, the Japanese economy is about to zoom-zoom-zoom!

Only one country (Spain) has approved by referendum. All the rest have been parliamentary approvals.

To be adopted, the E.U. Constitution must be approved by all 25 countries in the bloc, which began 53 years ago as a six-member economic grouping. Latvia was the tenth country to approve the document.

Many people who voted against the charter in France and the Netherlands cited fear that their nations would be submerged in a European super-state at the price of their heritage and traditions. Margret Thatcher stated prior to being sold out by her own party, and I am paraphrasing - 'Relinquishing the Pound is tantamount to giving up our national sovereignty to them' (Germany). She was right on target, but back stabbing pro-E.U. Tories had other ideas, which hopefully will never see the light of day.

Though, to be fair, I think all the nations except Germany that ratified in parliament without a referendum would've easily approved the constitution if a referendum were held.

Germany would've been close and might've defeated it. Sweden is the only other nation that's not holding a referendum where I think it would get defeated if they did hold one. It might get close in Austria or Finland too, if they held one.

My guess is that Ireland, Denmark, and certainly Britain will all vote no.

If you really want to. It has over 400 articles...one of the most interesting is that the "EWWW" can take away your personal property if it is in the public interest...compensation is optional...like taking your house, guns, cars etc... Just how high will their unemployment rates go before they realize you can't tax yourselves into freedom. Too many deadbeats, too much time off, too much socialism over there... G

If Schroeder wants to put his money where his mouth is, he will call for a VOTE in Germany to show the rest of Europe how a good leader gets the correct "YES" vote from the people instead of having the legislature do it for them. But it would likely fail in Germany too. Schroeder is a slimeball and the sooner he is out of office the better for Germany.

WOWEE!! In a few weeks political junkies are gonna be knee deep,huh? June 13th-17th could be quite a time , we'll see if Frist has any "juice".

13 posted on 06/03/2005 4:49:30 AM PDT by Dad yer funny
[ Post Reply | Private Reply | To 4 | View Replies]
To: Ff--150
I have been wondering the very same about the Pound and even the Yen. My only other question is how long can a housing crash be forestalled, plus which nation will be the first to show very visible signs of a housing collapse. I thought it would be the UK market which would burst first. That still might be the case and then the highest priced U.S. urban markets.

The Aussie housing balloon is inflated to. Down Under has had a real boom over the last couple of years. In the short term with the Euro heading south, the USD, The Pound, the Yen, the Aussie plus some secondary currencies should be the way to go on the bullish side.

Any ideas with the housing in terms of interest rates and yet even higher energy costs?

This is Bush's fault, you know {smile}.

15 posted on 06/03/2005 4:51:27 AM PDT by chronic_loser
[ Post Reply | Private Reply | To 1 | View Replies]
To: M. Espinola
"Many people who voted against the charter in France and the Netherlands cited fear that their nations would be submerged in a European super-state at the price of their heritage and traditions."


Isn't that the objective of the one worlders?

Let me softly toss out something to you both for a reaction. Hate, or love, Chirac, everyone admits he is a smooth, shrewd pol, and a survivor. He had the chocie of either a national plebiscite for the EU document, or having the legislature ratify it..which would have been automatic. I'v read much of the commentary on the French process, and I haven't yet seen any comments upon perhaps Chirac really wanted it to fail?..

I really hope the voters in Germany also turn in a resounding 'no' vote, since it might just send the correct & over due signal to the voters, it's time for a real change in a number of E.U. capitols. Back to common sense and end the European banking elites pushing for an E.U. superstate, which down the road the wrong crowd could gain total control over. We have already been through two world wars, know what I mean.

Gerhard Schröder in that pic looks like he's few cans short of a six-pack.

No, I don't think so, because everyone knew the constitution would fail anyhow - in Britain. The objective was more like to marginalize Britain and put France in the driver seat of a renegotiated pact. That is all ruined now (snicker).