While the mayor is still crafting his statement, aides say it will tout what Utah's capital has done to promote three tenets:


"Our message will center on things the city has done to foster peace, youth and the environment, and encourage Torino to do the same," city events manager Tyler Curtis said.


Anderson should have much to talk about, especially in regards to the environment and youth. His administration has launched numerous environmental initiatives and has been an advocate for Earth-friendly design and policy. He's also pushed his YouthCities program, despite sometimes milquetoast support from the City Council.


Anderson's international trek is akin to those that locals from Lillehammer, Norway and Nagano, Japan, made after their cities hosted Olympic Winter Games. Officials of those former Olympic cities delivered similar charges to the mayor of the city that was next in line as host of the Winter Games.


In Salt Lake City's case, Nagano Mayor Mayer Tsukada rode a bicycle to the the City-County Building, handing his city's environmental message to Anderson back in 2000.


Now the shoe is on the other foot, as Salt Lake City's mayor prepares to deliver his own challenges to Torino Mayor Sergio Chiamparino.


The tradition was started by organizers of the 1994 Lillehammer games, who took special care to make certain their games were environmentally sound.


According to this new tradition, the message must be delivered using environmentally friendly methods. Norwegians, for instance, used dog sleds for the lion's share of their trek to Nagano.


A Japanese contingent, in turn, used bicycles, electric cars and sailboats to bring their message from Nagano to Salt Lake City for the 2002 Winter Games.


A team of bicyclists will pedal from Salt Lake City on April 4 following a ceremony at the City-County Building downtown. They will include city employees, who will be on hand to make sure the message is always transported by environmentally friendly means, Curtis said.


They will bike cross-country to New York, where the city's message, tucked away in a special container, will be placed on a sailboat participating in the Rolex Transatlantic Challenge.


That boat, one of 20 regatta competitors to set sail May 21, will take the message to Belgium, where another Salt Lake City contingent of bicyclists and hikers will begin a trek through small European cities, eventually ending in the northern Italian city of Torino, also known as Turin.


"(The mayor) will actually be participating in the last part of the European leg," Curtis said. "At least for the last few days he will join up and he will hand the message to the mayor of Torino."


Interested locals can track the trekkers' progress as they make their way across America, the Atlantic and Europe via a special Web site the city plans to establish. The site will allow Web surfers to communicate via e-mail with the group taking the message to Italy.

TOPICS: Government; News/Current Events; US: Utah
KEYWORDS:
I was trying to figure out why Rocky was biking to Europe. He is a liberal's liberal, trying to shape the citizens of SLC into something they're not. Hopefully the Republican party will get it's act together and get someone to run that has a decent chance of winning.
1 posted on 03/11/2005 10:20:16 PM PST by Utah Girl
[ Post Reply | Private Reply | View Replies]
To: Utah Girl

I had no idea that SLC was infested with do-good liberal vermin. 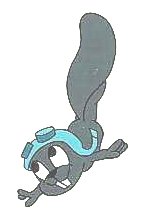 Why ride when you can fly?