Should children be allowed to work in sawmills
Creators ^ | MARCH 2, 2005 | John Stossel

Should children be allowed to work in sawmills?

What if they're Amish?

Under federal law, anyone under 18 is forbidden to work in a sawmill. Well, almost anyone. Last year, Congress declared it permissible for a 14-year-old to work in a sawmill if a statute or court ruling exempts him from having to attend school past the eighth grade. That's code for "if he's Amish," and in case you don't get the message, the statute specifies that such a person must be supervised by "an adult member of the same religious sect or division."

So if an Amish parent wants to raise his children to an Amish lifestyle and send them to work in a sawmill when they finish eighth grade, he can do it. But if a child is not Amish, he is forbidden to work in almost any job until he is 14, in most jobs until he is 16, and in a considerable number of jobs until he is 18. Why? Because to "protect children," Congress and the Department of Labor have decided they know just which village it takes to raise a child: Washington, D.C. But the truth is that Washington's labor laws now hurt children more than they protect them.

They almost took away Tommy McCoy's dream. At the age of 14, while other boys and girls his age cheered from the stands, Tommy was on the field with the Savannah, Ga., Cardinals. He was the batboy.

When the feds descended on Savannah to order Tommy fired, there was enough publicity that Robert Reich, then U.S. secretary of labor, reviewed the case himself and made an exception for Tommy. According to a Harvard Business School publication, Reich's advisers warned him that he would undermine the child labor laws. "If you allow this," went the argument, "tomorrow we will see 14-year-old peanut vendors and 13-year-old parking-lot attendants; there is no shutting that door."

Would that be terrible? Granted, most kids don't dream of being parking-lot attendants, but for some children, such low-glamour jobs may be the only available routes to a dream -- the only way to pay for a computer or a guitar. For some, these jobs are where they'll develop the basic skills they'll need later for more serious jobs.

I've accompanied Labor Department cops as they barged into "sweatshops violating child labor laws." I expected to see horrors, but I never did. What the cops call "sweatshop," I call "employer." No teen ABC interviewed after the raids said he was being abused. All of them wanted the work. As the employers sullenly completed government paperwork, the teens would slip out the back door and find another illegal job. The bureaucrats didn't help kids; they only took choices away.

One young grocery bagger who lost his job because someone asked about child labor laws told us, "I was really sad because, they're not ... making us work. I mean, we wanted to do this."

The batboy was lucky because Secretary Reich, who had but newly taken command at the Labor Department, decided to use his power to make an exception to avoid looking like a fool by cracking down on batboys.

The Labor Department also gives a special exemption to child actors and farm workers and -- for some reason -- to wreath makers. Is that how American law should work? Special breaks for some, often those who lobby best? Should the right to work depend on some Washington big shot saying, "We can make an exception -- when we choose"? Why is an anonymous grocery bagger less entitled to his freedom and to his dreams than the Olsen twins?

The bureaucrats say without these laws, children will be abused. But there are millions of employers in America, and they compete for workers. That marketplace competition protects workers better than job-killing Labor Department rules. If McDonald's treats a kid badly, he can usually get a job somewhere else. In a free society, people normally take jobs because they think they're better off with them than without them. If you are forced to take a particular job, that's called slavery, and the Constitution and criminal law are on hand to address the matter.

Who is best able to figure out whether a job would benefit a particular child? The child himself, who must live with the decision? His parents, who presumably know and love him? The child and parents together? Or the government, which, unless he can get a special exception, will protect the child from following his dream?

Give Me a Break.

Kids should be allowed to work in sawmills. It build character and teaches them to pay attention.

hilarious. That is too funny.

Well if we rid ourselves of child labor laws then maybe wal-mart will build a few factories here.

I'll be damned before I ever haul hay again.
They have machines for it now, but BACK IN THE DAY... ;-)


A sawmill is a dangerous place no matter how old you are. I worked in a sawmill for a few years and had some close calls and I paid attention. I caught a 6 inch diameter log across the chest once.


I was working near a big industrial sized wood chipper when a log got to the chipper blades, caught and slammed against the shroud and busted off. I looked up just in time to see it spinning across the room at me and I jerked my head out of the way. It caught me across my chest and broke 4 ribs and cracked my sternum. I wore the flak jacket they provided after that.

They will drive the car with care because they do not want to hot rod it or wreck it because it is their responsibility.

It is a shame that younger children are not allowed to work as it will help them become adults.

Most children I know lay around watching TV or playing games on a computer.

The title of the article caught my attention. My brothers and I grew up in a logging/sawmill family. We owned the only sawmill that provided lumber for 100 miles and logged all our own timber. No one ever lost a finger, hand, foot, arm or had any other accident. My father "taught" safety to us. What a concept.... parents actually being allowed to be parents. The age of introduction to the mill was 9. We started shoveling shavings and sawdust out from under the machinery. By the time we were 12, we were full time loggers and mill workers. Every one of us has gone on to win performance awards in highly-skilled positions of life.

Integrity does rock doesn't it?

When I was twelve my family bought a pathetic, broken down country store in the middle of nowhere. I pumped gasoline and sliced lunch meat on an electric slicer and cut cheese with a big sharp knife. Yeah, it helped build character but there is no way I would have let my daughter near that electric slicer when she was twelve. Makes me shudder when I think of it now. Kids are kids and they don't have the body strength or maturity that is sometimes needed.

The broader question is, are our national child labor laws benevolent or destructive?

I don't think we want to see little kids working in sweat shops 18 hours a day. But the idea that kids can't work at all is crazy. Why is it better to hang around getting into trouble than doing a few hours honest work every day?

Most of my kids have worked when they got old enough, and it has always been a positive experience for them. Play time is important too, but after kids pass a certain age they need to have something to do and some sense of what it means to earn your own money.

Ouch...I've had ribs broken before, but only one at a time - and it was hard to get a good breath with just that.

14 posted on 03/05/2005 2:12:05 PM PST by ErnBatavia (ErnBatavia, Boxer, Pelosi, Thomas...the ultimate nightmare Menage a Quatro)
[ Post Reply | Private Reply | To 7 | View Replies]
To: Cicero; forester; Carry_Okie; farmfriend; eldoradude
Who in the heck has any sawmills for kids to work in anymore??? CA has had nearly 95% of it's mills closed over the last decade!!!

Now that we have Schwarzenegger's stupid Sierra-Nevada CONservancy, we'll soon have the remaing private timberland shut down an the remaining 5% of mills, with it!!!

Then the kids can't even play in the sawdust piles on weekends!!!

I was lucky it caught me broadside and not on the pointy end. I assume it's kinda like having Sammy Sousa or A-rod taking a home running swing at you. It wiped me off my feet.

16 posted on 03/05/2005 2:19:44 PM PST by cripplecreek (I'm apathetic but really don't care.)
[ Post Reply | Private Reply | To 14 | View Replies]
To: HuntsvilleTxVeteran
"They will drive the car with care because they do not want to hot rod it or wreck it because it is their responsibility."

That is absolutely true.

I would not buy insurance for my sons when they became old enough to get a driver's license.

So prior to the age of 16, they were working at restaurants, hobby shops, and golf courses to make the $1000 a year they would need for insurance.

When they had a collison or speeding ticket, they had to pay the increase premium.

One son could not keep up with his rising payments so he had to quit driving.

His car is sitting in my driveway right this very moment.

I have always thought that in eighth grade one should have the option of ending and go on to work. There are a lot of children who neeed to get on with their lives and will work and perhaps eventually go to night school/

18 posted on 03/05/2005 2:38:37 PM PST by mlmr (The "Naked and the Fred"....is back!)
[ Post Reply | Private Reply | To 1 | View Replies]
To: hardworking
>When I was twelve my family bought a pathetic, broken down country store in the middle of nowhere. I pumped gasoline and sliced lunch meat on an electric slicer and cut cheese with a big sharp knife 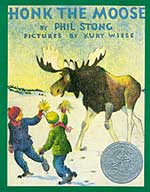 My little sister
used to honk the local moose.
Until it bit her!

I think the "broader question" is are national child labor laws constitutional?

For the sake of argument, I will acknowledge, reluctantly, that Congress has jurisdiction and power for such a federal law emanating from the "commerce clause" (when did a "foreign nation," or "one of the several states" or "Indian tribes" become a private business?), but such power has to respect the Bill of Rights.

The enumeration in the Constitution of certain rights, shall not be construed to deny or disparage others (rights) retained by the people.

Is not the decision as to whether children work or not a right "retained by the people," or their parent(s)?