Leon Klinghoffer, our father, was one innocent civilian among thousands who were murdered under the rule of Yasir Arafat and the P.L.O. As a family who has unfortunately been touched by Mr. Arafat's terrorism, we find that our only solace in his death is that he cannot kill anyone ever again.

It is mind-boggling that some would view him as a diplomat, martyr, hero and even a peacemaker. This is definitely not how we know him to be. To us, Mr. Arafat will always be a murderer and a terrorist; and one less terrorist on this earth is a good thing.

Maybe if it hadn't been tossed in Bush's face like it was, he might have said " God HELP his soul".

Thank-you - It is sad to know that Arafat was the foreign leader who visited the Clinton Whitehouse most often. May he enjoy his time in hell.

22 posted on 11/13/2004 4:43:50 PM PST by Serious Capitalist
[ Post Reply | Private Reply | To 1 | View Replies]
To: LA Conservative
Actually, there have been a few dictators that the leftists didn't like:
Battista (Cuba, overthrown by Castro in 1959)
The Somozas (Nicaragua, overthrown by the Soviet-backed Sandinistas in 1979)
The Shah of Iran (overthrown by Islamic Jihadist terrorists in 1979)

So, to the leftists credit, they do look at a dictator's politics before they endorse him.

The Klinghoffer daughters are right, and they show courage and patience to write as they did.

When I see the mad Palestinian crowds around the coffin of their dead terrorist leader, I think that there is little chance of such a people becoming in any normal way civilized. It is best that Israel builds that wall strong and high, and that someone else build another one on the eastern side of the "Palestinian territory."

A warning to all: Please do not mention ever in my presence the "poor Palestinians." If they are poor, it is because they followed a leader who robbed them not only of billions of dollars, but of their humanity. Until they show signs of recovering, we never, never should allow any of their kind into this country.

24 posted on 11/13/2004 4:43:58 PM PST by docbnj
[ Post Reply | Private Reply | To 1 | View Replies]
To: Judith Anne
When I recall that Mr. Klinghoffer was a man confined to a wheelchair, vacationing on a cruise with his wife, and thrown overboard to drown and die WITH NO PROVOCATION

He was born a Jew, that was the only Provocation needed...

The tantalizing aftermath of Arafat's exit is...was he actually gay and died of AIDS?

I've heard arguments pro and con on both issues, but can't tell where the truth lies.

All that being said, I've waited for some brave conservative graphic artist
to produce an Arafat "final portrait" with the table-cloth headcovering
with a pink-ting and a caption of "So Long, Suckers!" with him sitting on a
mountain of the money he pilfered.
27 posted on 11/13/2004 4:46:24 PM PST by VOA
[ Post Reply | Private Reply | To 3 | View Replies]
To: wagglebee
I'm glad that these women had the courage to remind the New York Slimes that Arafat was a murdering terrorist thug

In the days before his temperature dropped, I was posting (only halfway in jest) that the NYT would headline the event:

28 posted on 11/13/2004 4:47:00 PM PST by ErnBatavia (ErnBatavia, Coulter, Malkin, Ingraham....the ultimate Menage a Quatro)
[ Post Reply | Private Reply | To 1 | View Replies]
To: Serious Capitalist
It is sad to know that Arafat was the foreign leader who visited the Clinton Whitehouse most often.

My guess is that Arafat brought briefcases full of cash on every visit, but he would somehow "forget" to take them with him when he left.

And remember that the leftist UN was so enamored with this terrorist that he was permitted to address the General Assembly while wearing a loaded pistol!

Brava! It's about time somebody pointed out what Arafat actually was.

I don't think the Shah of Iran was a dictator

Fat freaking chance. Any Palestinian who considers Arafat a hero and martyr has forfeited any right to ANY consideration. Palestinians will forever be anathema to me. They are disgusting. 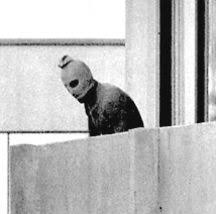 34 posted on 11/13/2004 4:57:24 PM PST by wagglebee (Memo to sKerry: the only think Bush F'ed up was your career)
[ Post Reply | Private Reply | To 30 | View Replies]
To: Jimmyclyde
When I recall that Mr. Klinghoffer was a man confined to a wheelchair, vacationing on a cruise with his wife, and thrown overboard to drown and die WITH NO PROVOCATION

He was born a Jew, that was the only Provocation needed...

He didn't drown. Yasser's heros shot him in the head - in view of his wife of 50 years - before they threw him overboard.

Are you serious? Run a search on SAVAK. The Shah was a great friend and supporter of the United States, but he was one of the most oppressive dictators ever.
http://en.wikipedia.org/wiki/SAVAK

No-one will shed a tear for ANYONE associated New York Times.

Yes, and not they are talking about his death time being surpressed by the french. But I say: "Who cares when he died...as long as he died." That may sound cold but...ask the Klinghoffer daughters and all the other survivors of this evil TERRORIST. Arafat WAS a TERRORIST and one of the worst kind. I will pray for his soul cause he's gonna need it. i pray for his soul because I like to think I am a bigger and better person thatn this dead terrorist.

They may as well have. Their fawning haigiography to Arafart (disguised as an obituary) was one of the most sickening things I have ever read, especially when I remember the scorn and contempt and open sneering hatred they heaped on Ronald Reagan when they wrote his obit. I expect the Slimes will be turning Mo Dowd loose to shred the Klinghoffers any day now for having the temerity to speak out against the "Great Chairman Arafat."

Leon Klinghoffer, that is.