Here is what I was able to dig up... if anyone can find a record of past members of the Committee, please post!

We got him on the run, keep pounding !

CRISTOPHE stylist Isabelle Goetz, who handles Kerry's hair issues, made the trek to the West Coast, the NY DAILY NEWS will report on Tuesday.

Last spring, DRUDGE detailed how Kerry flew Goetz to Pittsburgh for a trim...

You're right, he's no Goober!

This could get good. I sent it to Drudge.

The signs would be easy to change, by painting in a small "e":

About the only time Kerry actually serves in Washington is on the Senate tennis courts, except when he's sitting on the bench.

NOTE: Ask his campaign staff if that makes him a federal judge??

LOL. Well you are right there. Guess I was thinking of the outcome and not the pulling teeth process that got us there. It may be another gnat's eyelash in 2004, but I don't think Kerry's gonna be the victor. You are right--GOTV. 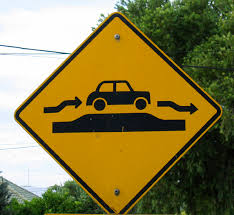 In addition to being a notorious flip-flopper, John F*ckin' thinks he's another Senator in another life. The 2004 Walter Mitty. God help us if he gets in the White House, for he will simply get us all killed. Q.E.D

Back when I was in Vietnam, the names "John" and "Bob" were interchangeable.

I'm sure somebody has posted to you but...see post 71

276 posted on 08/17/2004 10:52:51 AM PDT by Southack (Media Bias means that Castro won't be punished for Cuban war crimes against Black Angolans in Africa)
[ Post Reply | Private Reply | To 204 | View Replies]
To: Nick Danger
But let me ask a serious question here. If this guy does not know John from Bob, Vietnam from Cambodia, Nixon from Johnson, or Christmas from New Year's, how can we be sure he knows sh*t from Shinola?

That is a classic!