Hiding behind a teleprompter won’t help him now.

Biden is in double-trouble: His lead falling, the race’s remaining variables are also daunting. CNN’s latest poll demonstrates the first, while a quick look at the shrinking calendar reveals the second. Increasingly, November appears to hinge on Biden’s public performance, which was the last thing Democrats wanted.

The election’s two biggest variables, the economy and coronavirus, have been established and neither has been good for Trump. However, Trump appears to have withstood the worst both have to offer; now both are improving, even if less rapidly than desired. So, any change in either will likely be positive, and therefore positive for Trump. ....

.... any bump Biden was going to get from Harris has occurred. Biden announced Harris as his VP selection on 8/11, and the CNN poll was conducted from 8/12-15; if respondents factored it in, they did not factor it highly.

Party conventions usually offer each candidate a boost, but they usually offset each other, and there certainly was nothing in last week’s Democratic convention to produce a sizable boost for Biden. ...

When campaigns reach their most intense, candidate scrutiny does as well. Having endured a presidential race already, unmatched media scrutiny, and congressional investigation and even impeachment, there is unlikely much left unknown about the President. Not so Biden. Yes, he was on two tickets, but a Vice President’s scrutiny does not match a President’s. Further, Biden has remained out of the public spotlight in order to avoid it. If there is going to be newsworthy revelation about a candidate, it is far more likely to be Biden’s.

Finally, there are the debates and candidates’ general campaign trail performance.

Also never underestimate The Left's motivation and their ability to manufacture another dozen "crises" till Nov.

As for Biden camp bringing out heavy hitters like Obama(s), it also runs some risk. ===> Contrary to Biden's convention closing argument wrt his character and competence.

And neither Obama (if too partisan, and of course they will be) will persuade any "true" independents to the Biden/Harris ticket.

There is no lead and he is falling further behind

“A shrinking lead”!? My ass! He never had nor will he have a lead

I expect Trump to roast Biden all week. He’s hiding. He can’t deliver a live speech. He’s afraid to debate. He won’t travel. He won’t have a news conference.

Goad him over and over. And if Biden refuses to deliver? Well, that says a lot.

I’m really not sure at this point how impaired Biden really is. If he shows up for a debate, he may not actually embarrass himself. But I want to see it for myself.

Biden should be required to do weekly “Proof of Life” events.

When leftist push polls showed Trump gaining pre DNC convention I thought they were just setting up to crow about the convention of all conventions. The pollsters, I thought, would show a 20 point bounce for Biden. I’m not sure what scam they’re pulling here but it’s not the usual push polling convention dynamic.

As Ohio goes, so does the nation.

The lag can be wiped out in one fell swoop if all the frauds that threaten the integrity of the November 3rd election can be put into place swiftly enough. If a clear winner cannot be declared within two days of the election, the situation will be muddied enough for the results to be ruled “inconclusive”, and that is good enough to fuel up a decent insurrection. Of course, if Trump loses (a very real possibility), the insurrection will go forth anyway, just to make a point. If Trump wins, the insurrection will proceed as originally planned.

Any way it turns out, there is going to be a very rough few weeks or months while the insurrection proceeds. The first Civil War took four years. With the vastly improved technology developed since then, it should last no more than four years this time.

“A shrinking lead”!? My ass! He never had nor will he have a lead

The media does nothing but lie, yet can’t understand why we don’t believe one single word they say.

I can see him making it so long as Biden has read his points multiple times over in his house.

“The pollsters, I thought, would show a 20 point bounce for Biden. I’m not sure what scam they’re pulling here but it’s not the usual push polling convention dynamic.”

The pollsters still oversampled and are contriving some kind of bounce (non-existent) but the numbers from the ratings of the convention could not support a 20 point bounce.

He looked pretty stupid watching the fireworks at the Dem convention....standing with his wife....both with masks on and no one else around. Just assinine.

I’m expecting a MAGA bounce for the President this week. His forceful speeches will be a stark contrast to Biden’s weak performance last week. People will see a vigorous, sometimes humorous, sometimes compassionate, consistently strong leader. The contrast will be dramatic. The President looks 60. Biden looks 85.

Even our lies, delusions and surreal pronouncements are not enough to save you.

Do not take your foot off the gas . take nothing for granted. TRUMP 2020

17 posted on 08/24/2020 6:36:55 AM PDT by ping jockey (Barnabus Fauci , sucking the lifeblood from AMERICA.)
[ Post Reply | Private Reply | To 1 | View Replies]
To: Sir Napsalot
I'm really surprised by how "flat" and lifeless that DNC convention was. It was hard for even the fawning MSM to gin up much excitement about it. The highlight appears to have been Joe Biden delivering a boring carefully scripted 30-minute speech from his basement with no errors. Was it live or was it Memorex? We'll never know and neither will we care as he had nothing interesting to say anyhow.

As for Kamala, it's almost like she dropped off the face of the earth. She seems to be adding no pizzazz to the ticket whatsoever.

Trump now has the opportunity to put on a show this week at the RNC. I hear he will be doing a live speaking event every night this week on national TV. Good! This will highlight just how lifeless the Biden campaign is.

Biden in his basement. This is not a winning strategy for the Dems.

BREAKING NEWS: Sleepy Joe has left his basement and is now at his beach house. 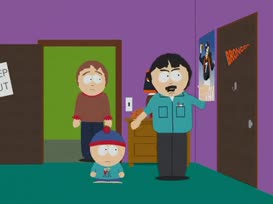