Excellent of MKultra survivor and whistleblower Cathy O’Brien. Discussing what she stated before congress that was deep6’d because of “national security”. But she’s labelled a “conspiracy theororist”. Riiiight.
https://www.bitchute.com/video/lqP7XhkH79MJ/
Widely known in politics, the elections have been rigged, since the 80s.
Names...Dick Thornburgh (grrr), Lamar Alexander, Bill Bennett, Romney’s father, Bush 41...

CBK reports OBiden will shut down churches. He must be watching Canada communists to imitate.

Thinking that tactic will be delayed until Fall wave reintroduces bio-weapon Fauchi 19, for Round 2.

Exception is Trump returns with a vengeance.

Cherie Romney regrets having her son get the vaccine.

...and I just want to say it cheers me immensely to watch a master in action. 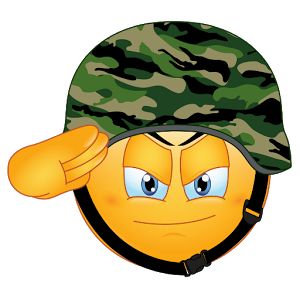 More than 500 demonstrators urged Orange County officials to reject digital record keeping of who’s been vaccinated. Some also declared the pandemic a hoax.

When we get The White House backo, we will keep Major. I LOVE THAT DEMOCRAT-BITING LITTLE POOCHO!!!

Dude. Not in this league.

But a CHAINSAW??? That's brilliant!

I’m so far behind! Got another 2 boxes unpacked lol.

Found this on GAW...

Thanks for the fresh thread.

A full-scale war is taking place in the mixed Arab-Israeli city of Lod, near Ben Gurion International Airport.

Arab rioters began burning Jewish homes late Tuesday night. A Jewish man was seriously wounded by stone-throwers as the funeral of an Arab protester who died in the central Israeli city descended into violence.

I did too. She was a wealth of knowledge and had really good foresight of what was gonna happen, which kinda happened with Covid. Next couple of years should be interesting. I think there is a memorial page/thread for her somewhere on this site that would be interesting to revisit.

I’ve been known to play the hand saw. Can make it sing.

::She needs to be publicly excommunicated and then shunned.::

Yipes! I read on another thread that Youngkin is BLM-friendly.

Looking, let’s see if I find anything. First sounds pro-LE which be definition is not supportive of BLM.

How would you assess the General Assembly’s work in the latest session, which saw passage of a host of bills on racial equity and criminal justice reform?
Our law enforcement community is under attack in Virginia. Officers and frontline workers are being targeted by people who want to defund and demoralize them — even reducing the criminal penalties for assaulting them. These attacks will stop on my watch. As governor, I will veto anti-police legislation and will fight to get them the funding, training and resources they need to do their jobs well and safely. We should have the nation’s best law enforcement. I will make sure the brave men and women who seek to protect and serve their communities know that we have their back, because they have ours. I will oppose all efforts to end qualified immunity. I will hold bad actors accountable, but I will never abandon the heroes who head to work every day knowing it could be their final shift. This is the toughest job in America right now, and we must come together behind our law enforcement community like never before.

Okay, this seems to sum it up. One would need to check these orgs and find their funding etc. Someone for sure hates Youngkin.

What’s new: The latest round of ads came from a Virginia-based nonprofit called Americans for Limited Government.

ALG has placed radio and television spots going after Youngkin.

The former private equity executive is well-positioned in the primary, already raising well over $1 million, and he has substantial personal wealth he can pour into his campaign. Among his formidable challengers are former state House Speaker Kirk Cox and state Sen. Amanda Chase, a hard-right Trump ally.

The ads dubiously accuse Youngkin of funding Black Lives Matter protests and Hillary Clinton. They also mention his business dealings in China, with the radio ad punctuating the attack with gong sound effects.

ALG has attempted to downplay its politicking in official paperwork. It told a Norfolk radio station its ads do not “communicate a message relating to any political matter of national importance,” a designation requiring additional disclosure in political ad filings.

What they’re saying: “These are false and deceptive smears, and the political insiders and previously failed candidates behind them are going back to their old political playbook and hiding behind shady groups because they know their dirty games are rotten to the core,” Youngkin spokesperson Macaulay Porter said.

Another group dubbed the Virginia Cornerstone PAC has run ads with similar messaging.

A video from the group also hypes Youngkin’s Chinese business dealings and supposed Clinton backing. (The donations to Clinton and other Democrats all came from the Carlyle Group, his former employer, or his colleagues at the firm — not from Youngkin.)

Virginia Cornerstone is run by Chris Jankowski, a prominent GOP strategist in the state. He has declined to identify the group’s funders to the media before filing mandatory disclosure reports.

In addition to its ads, the group has also posted a 120-page opposition research file about Youngkin on its website.

Phrases from that oppo file appear verbatim on the website of another new political group called Stop Bad Candidates PAC.

That PAC’s website, which appears to have been created late last year, is devoted to posting bits of opposition research on Youngkin and Democrat Terry McAuliffe, whom Stop Bad Candidates — like Virginia Cornerstone — attempt to portray as like-minded.

The people, organizations and funders behind Stop Bad Candidates PAC are a mystery. It hasn’t disclosed any information about its finances and did not respond to inquiries from Axios.

The bottom line: All three groups are pushing similar messages, seemingly based on the same research file. But each is careful to obscure information about its operations.

For Youngkin’s campaign, that’s making it difficult to nail down precisely who is coming after their candidate.

This doesn’t look good, as CEO how much authority would Youngkin have to prevent or stop this?

GOP Gubernatorial Candidate Was CEO of Firm That Pledged to Match Donations to SPLC, Which Put Conservative Christian Groups on ‘Hate Map’

Editor’s Note: This story’s headline and lede have been amended to clarify that support for these left-wing groups came from Carlyle Group, the private equity firm Glenn Youngkin headed at the time, and not Youngkin in his personal capacity.]

Former Carlyle Group Co-CEO Glenn Youngkin, who has an estimated net worth of $265 million, announced his bid for the office of Virginia governor Wednesday, choosing to run on the Republican side. But he and his fellow co-CEO, Kewsong Lee, offered to match donations to the Southern Poverty Law Center (SPLC), the Equal Justice Initiative (EJI), and the NAACP Legal Fund, organizations which have been hostile to conservatives.

“This is a false and deceptive smear from political opponents who are scared of Glenn, a conservative outsider and leader from the private sector who can win,” Youngkin campaign spokeswoman Macaulay Porter told CNSNews. “Glenn has never donated to the SPLC and does not agree with them. He is a Christian and a conservative who is pro-life and served in his church for years.”

CNSNews reached out to the Carlyle Group to determine how much money it ultimately donated to the three left-wing groups, but did not hear back in time for press.