There are about 9 million of us living here, and we all can’t be delusional.

Apart from those who live here primarily because of job or family, most New Jerseyans live here because they like it here! New York City is a quick PATH or train ride away — why live there?

The Shore, the Pine Barrens, beautiful countryside, diners, beaches, the nation’s most diverse city, small towns, great scenic highways — does any state pack as much variety into one compact package as New Jersey? Nope.

Here are the 50 best reasons to live in New Jersey, from someone who was born here (Trenton) and has travelled endlessly to every part of the state. This list could have easily included 100 or more items.

What are your favorite reasons to live here? Let us know in the comments section. The list is not ranked. Roadside farm stands

Forget that store-bought, grown-in-California, -Mexico, -Peru or wherever produce. Nothing beats a tomato, peach or other fruit or vegetable from a Jersey roadside stand. Scores of family-run stands dot the landscape, and there are an additional 144 community farmers markets in towns across the state. N.J. ranks third nationally in cranberry production, fourth in tomatoes, bell peppers, peaches and cucumbers (cukes? who knew?) and sixth in blueberries. We’re not called the Garden State for nothing.

“Nothing beats a tomato, peach or other fruit or vegetable from a Jersey roadside stand.”

They ALMOST had me there, but I can grow all of those same varieties within walking distance of my farmhouse porch in SW Wisconsin, so, I’m pretty sure I won’t be moving to Jersey anytime soon. ;)

I DO have Cousins that live in NJ. They love it. And they’re FROM Wisconsin. Go figger! ;)

We get complaints that we are not carrying tomatoes or Peaches and Cream Corn during the first part of June.

We just smile and refer them to one of the other stalls where they have trucked in produce. Not going to tell on them, they are neighbors.

Gasoline always was cheaper in NJ, even though full-service.

Then the state increased the tax on it. Now the price is about the national average.

Please, stay there, and don’t come here! Keep your blue state politics up there, too.

There are about 9 million of us living here, and we all can’t be delusional …:

How many of you live in a town with gas lamps? I do—in Northern Jersey.

You wanna a piece of me??

But it's that 10% that everybody thinks of when New Jersey is mentioned... 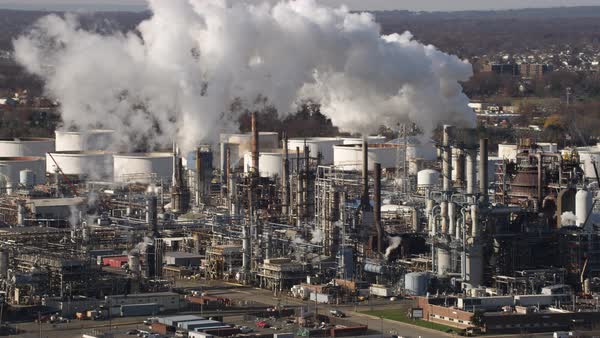 That picture had me at "Italian Sausage".

I used to live near Exit 135 on the Garden State Parkway.

My girlfriend told me to kiss her where it stinks...

So I drove her to New Jersey..

Sure, proximity of NY and PA are great, as are the diners. At the same time, you have a better chance of finding Bigfoot that you do of finding a legal concealed carry permit. But you can buy all sorts of firearms and hollowpoints (though storage and transportation is tricky...and yes I get that in a just State this should NOT be tricky).

But for all that everyone says about the importance of family and children, and the horrible state of education in America, in red states you can concealed carry permits (or have Constitutional carry) but you MUST get bureaucrat approval of books and maybe even have the school TEST you child if you decide to HS. However...in that "horrible" state of NJ you don't have to get ANY approval or have anyone test your child. Thaaats right.,,in that horrid State of NJ you can effectively flip the bird to the government and in-source the education of your child, and teach them that rights come from God and not the government. What's more patriotic than that?

Now, I get that some freedoms and liberties rank ahead of others for many people...the right to KABA is pretty fundamental to many of us. So is economic freedom. But if good Deplorables are HSing their children in NJ while making a good living for their family working in NYC or Philadelphia, while they have lots of shotguns and pistols in their gun safe in Bergen County, that doesn't make them RINOs. In fact, on some level, Homeschoolers in NJ may be considered more conservative than red staters who send their kids to public school.

Nearly everyone in my family would move to NJ today, if not for the insane taxes and the gun laws.

I traveled through there years back and it did not seem to be as cheap as in the south. But my main gripe was less about the cost and more about the hassle of dealing with a middle-man and the sheer nanny-state aspect of it. I remember thinking some mob deal must have foisted this upon NJ.

Of course if they didn’t force you to use full serv and have to pay those attendants salaries — it should be even cheaper.

Of course the state probably subsidizes the prices — thus the NJ taxpayer pays for the reduced price.

I lived in CT and frequently went clear thru NJ visiting back home in MD, along with the stays in NJ mentioned.

While the attendants were a surprise (I had only known that as a kid), the prices were still better than CT. When I lived there, CT had the highest taxes on gas and average price in the nation...and you get no service with it.

I know I rag on my state for the high taxes, awful gun laws an the leftist retards that get elected here

This state is awesome, beautiful and tons of things to do

First of all the person that wrote that article is a complete moron.

New Jersey is one of the least diverse states in the nation. It is one of the few states where you have all the black people living in segregated areas, all the white people int there own areas, asians, hispanics, etc. No other state is this way. School systems reflect this as well, we have plenty schools where the white populations is over 90%, and other districts where the black/hispanic population is over 90%. In reality, this state is NOT diverse. The wealthy leftists who live here, keep it that way, go figure. Nobody wants their little Chandler getting beat up by Di’Quan.

But this state has tons of entertainment, shows, bars, restaurants, games, etc. Everything is here, you can go to the beach in the summer and go to the mountains in the winter. Go to New York during the day and be in Philly at night. Go to a concert in Newark, a Casino in Atlantic City, Everything is here, no plane rides, tons of weekend activities with a quick ride up and down the Turnpike or Garden State Parkway.

We have some of the best roads in the nation, with the Turnpike being the crown jewel, a massive 12+ lane highway that goes up and down the center of the state from New York to Philly to Delaware. This massive highway moves, North bound (till about I280) has 6 lanes, for the center part is divided into two 3 lane highways, truck lanes and car lanes, cars can be in either set. And South bound has the same setup till about exit 6 - Pa Turnpike.