Weâ€™ve been tracking the â€œblobâ€ on WUWT almost since its inception thanks to the hard work of Bob Tisdale. In his most recent entry on it, Bob asked: THE BLOB Seems to Be Disappearing at the Surface â€“ But Will It Reemerge?

From NASA Earth Observatory: The Demise of the Warm Blob â€“ Image of the Day

In the winter of 2013-14, an unusually strong and persistent ridge of atmospheric high pressure emerged in weather maps of the northeastern Pacific Ocean. The feature, which was so unrelenting that meteorologists took to calling it the Ridiculously Resilient Ridge, weakened winds in the area enough that the normal wind-driven churning of the sea eased. Those winds usually promote upwelling, which brings deep, cool water up toward the surface; instead, the resilient ridge shut down the ocean circulation, leaving a large lens of unusually warm surface water in the northeastern Pacific.

At times, this patch of warm water seeped into the Bering Sea, the Gulf of Alaska, and the coastal waters off Washington, Oregon, and California. In fact, many parts of the northeastern Pacific experienced the greatest sea surface temperature anomalies in the historical record. Scientists and journalists took to calling the patch of warm water â€œthe Blob.â€ Nicholas Bond, a University of Washington meteorologist and the Washington stateâ€™s climatologist, coined the term in a June 2014 newsletter.

As unusually warm surface water sloshed around for months, the grim consequences began to ricochet through the marine food web. Microscopic phytoplankton thrive in cool waters, so the lack of upwelling water meant surface waters became increasingly starved of nutrients. With fewer phytoplankton, fish and other marine life began to suffer. Certain types of fish started avoiding the region altogether, and by 2015 record numbers of starving sea lions and fur seals were found stranded on Californiaâ€™s beaches. Meanwhile, the warm water also began to produce some strange weather in the western United States.

Thanks in part to the strong El NiÃ±o in the equatorial Pacific, the Blob has finally broken up. Beginning in November 2015, strong winds blowing south from Alaska began to pick up, and sea surface temperatures in the northeastern Pacific began to cool.

Data collected by the U.S. Navyâ€™s WindSAT instrument on the Coriolis satellite and the AMSR2 instrument on Japanâ€™s GCOM-W satellite bear this out. The maps above show sea surface temperature anomalies in the Pacific in July 2015 (top) and January 2016 (bottom). The maps do not depict absolute temperatures; instead, they show how much above (red) or below (blue) water temperatures were compared to the average from 2003 to 2012. The maps were built with data from the Microwave Optimally Interpolated SST product, a NASA-supported effort at Remote Sensing Systems.

In July 2015, temperatures were unusually warm across a large swath from the Gulf of Alaska to the California coast. By January 2016, more seasonable temperatures had returned. The development came as no surprise to weather watchers. In September 2015, Clifford Mass, a University of Washington atmospheric scientist, explained in his blog that El NiÃ±o generally brings lower-than-normal sea surface pressures to the eastern Pacificâ€”the opposite of the systems that sustained the blob. By mid-December 2015, Mass declared that the blob was dead.

Remnants of the warm water patch still persist. â€œThere are significant temperature anomalies extending down to a depth of about 300 meters. So while the weather patterns the past few months have not been that favorable to warming, it will take a while for all of the accumulated heat to go away,â€ explained Bond. That means impacts on marine life and on weather in the Pacific Northwest could linger, though Bond does not think the blob will return in the near term.

Guess I am confusing theis warm blob with the warm blob off the coast of South America on the equator....sorry! 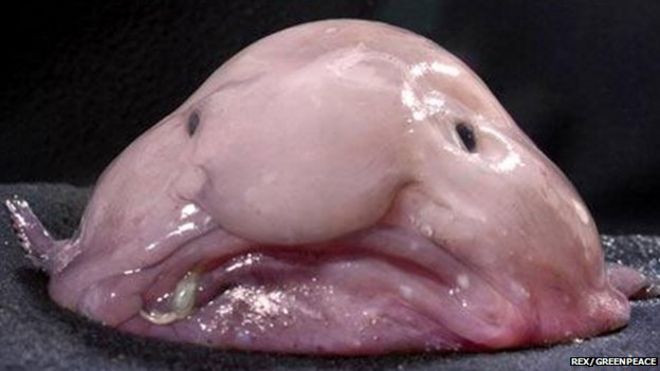 Amazing breakthrough discovery by NASA - the northern Pacific is cooler in January than it was in July.

I have c 1900 atlas showing the hot spot. Why do they act likes it something knew.

It was eaten by a giant squid.

Godzilla El Nino Versus The BLOB: Who Will Win? ....Northeast Pacific Blob....

You cannot have upwelling without downwelling. The Pacific was cooling, not warming. No downwelling means less solar warming and more energy getting blown off via evaporation. The Pacific warms when downwelling brings solar energy to the deep Pacific pool. Apes see the colder than average upwelling and think the Pacific is cooling. Stupid species, we are.