No, there are plenty of us, but the most often used term
by the left is “birthers”.

I am curious where you heard this:

6. The state of Hawaii claims that Obama’s original B.C. was (conveniently) lost when they switched to an electronic system.

As posted here by another FReeper, all original documents have to be saved as originals OR on microfilm.
Obama’s original would look like the one posted on here quite often:

I'm curious too, in light of the following: 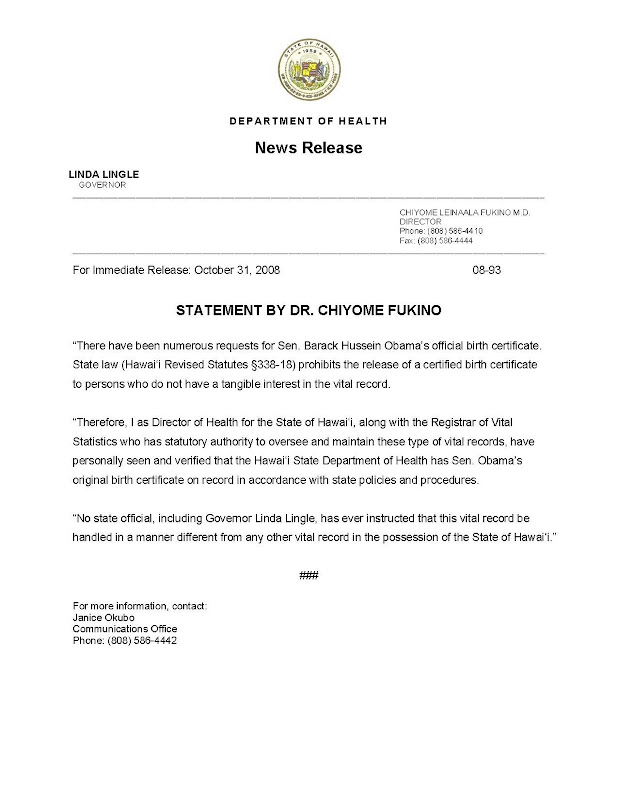 That statement was made Alex. I read it on a thread yesterday. It totally contradicted the information given by a vital stats worker in Hawaii who stated that “they never destroy those records”. Also the date that these records were supposedly destroyed was 2001. I can try to ping you to the thread from yesterday. CO