Hmmmmmm. I heard that when NYC officials where asked what they would do with the money, they responded, "Ummm...Buy more garbage trucks?"

Were you joking? Or do you actually know Newark NJ DID do that!

>>>Mr. Bell's panel also concluded that the foundation, created in 1982 to raise money for the restoration of the Statue of Liberty after years of neglect, needed to reassess its mission, role and future, and take steps to improve its overall management structure.

In addition to concerns about salaries, the congressional investigators raised concerns about certain expenses the foundation had incurred, such as $45,000 a year for a dog to chase geese away on the islands, and a recent licensing agreement they said the foundation entered into allowing a company to market whiskey in bottles shaped like the Statue of Liberty.<<<<

Here's what Neal Boortz had to say about this:

By now I'm sure you have heard that there is no small amount of angst over plans by the Homeland Security Secretariat to reduce by some amount the flow of anti-terrorism funds into New York City in favor of some other locations in the country. Now ... bear this in mind: New York City will still get more anti-terrorism funds than any other state or local government entity in the nation. It's just that for those in New York City, it's not enough.

There are people in Europe who think that once they've hopped on a plane, flown across the ocean, and spent three days in New York City, they've seen America. Sadly, there are quite a few people in New York who would agree with them. To them America disappears when you travel more than 30 miles from Times Square.

Charles Schumer .. heard of him? He's New York's senior senator. He is spitting fire over the diversion of some anti-terrorism funds to POTNY ... Places Other Than New York. When he discovered that some of those funds would be channeled to Georgia he had this little gem of a quote:

"Other states that have very little problems got an increase, Georgia got a 40 percent increase. Somehow this administration thinks that Georgia peanut farmers are more at risk than the Empire State Building. Something is dramatically wrong."

So ... there you go. Georgia is all about peanut farmers. Yankee arrogance and stupidity rears its head yet again. So, not that he'll ever hear it, I have a little message for Senator Schumer:

Senator. First of all, the money is allocated to the City of Atlanta, not to the State of Georgia. last time I checked there were no peanut farmers in Atlanta, though you will find peanuts at Atlanta Braves Baseball games. The Braves, senator. Perhaps you've heard of them. Your Mets have finished the last 14 seasons sniffing the Braves' hind quarters. We also have an airport in Atlanta, Senator Schumer. Perhaps you've heard of Hartsfield International Airport? Do we need to remind you that the terrorist attacks of 9/11 were launched from busy airports? Well, ours is the busiest. Hartsfield is busier than LaGuardia and busier than Kennedy. Prettier too, with friendlier people. In fact, Hartsfield is busier than any other airport anywhere in the world. This ain't peanuts, senator. Airports need to be watched and protected, and the largest in the world could very well need more attention than it's getting right now. Something else, Senator Schumer. You do know that terrorists might use biological weapons, don't you? Ever heard of the CDC? The Centers for Disease Control? The CDC is here in Atlanta. You'll find it right in the middle of a peanut field just two miles east of downtown. Just where do you think much of the important research in bio-terrorism is being handled? That's right, the CDC. I don't know if the CDC does any work on peanut allergies. Perhaps you could have one of your staffers check on that. Get back to us on that one, will you? Oh, and by the way ... we have tall buildings in Atlanta too, senator. And they're not peanut storage facilities. They house the offices of many of the nation's Fortune 500 companies. Some of them are even tall enough to have elevators. I'm not in the apology game, Senator Schumer, so I'm not asking for one from you. I did just want to point out that you did an exemplary job of showing your ass with that statement about Georgia and peanut farmers. Thanks for fortifying the image that so many Americans have of people from New York.

Didn't New York try to build a politically correct Memorial at that site? Which was to show that we, in effect, deserved the attack via the "moral equivalence" scam?

I was responding to a poster who said that funds had been doled out proportionately to the states. But you tell me how many people in North Dakota have died from terrorist attacks. How many plots have been exposed? How many underground cells are known to exist?

New Yorkers hear constantly about other states getting federal aid for tornado and hurricane damage, earthquakes, flood control and relief, and so on. No one expects that we are going to get the same level of aid when we haven't suffered those things -- although we may suffer some of these natural disasters in the future and need to be prepared.

We in New York regularly pay more in federal taxes than we get back. I guess I'm not surprised that people in small states find this eminently fair. But when I hear about towns and cities using homeland security money to buy new fire trucks, it sounds like pork to me. (What this has to do with Al Franken, I can't imagine.)

Unfortunately the Blue State vs. Red State divide has become to great for what you suggest. I see a civil war in the near future.

Minimal effect? Have you not noticed the gigantic effect that just under 3,000 deaths on September 11, 2001 in New York had on this country? Terrorists could easily kill that many people in Omaha, Nebraska and Louisville, Kentucky.

I wasn't trivalizing the attacks in NYC on 9/11. I live close enough from NYC to know a few people who had lost someone that day. I was mearly stating that an attack on Wall Street would be much worse for the USA.

I understand the hostility from people regarding NYC due to the fact that liberals outnumber conservatives in the city 6 to 1. Instead of cutting funds to punish the liberals, perhaps the better method is to have federal oversight on exactly where this money goes instead of stupid block grants. NYC is the prime #1 terrorist target and needs to be protected as such.
169 posted on 06/02/2006 8:12:24 AM PDT by ccc_jr (Si vis pacem, para bellum - Flavius Vegetius Renatus c. 375 AD)
[ Post Reply | Private Reply | To 86 | View Replies]
To: BigSkyFreeper

in NYC it was - New York City has an anti-terror program, consisting of personnel and equipment - that surpasses what federal capabilities are in many areas.

Hey FU, tell us about your cyber sex!

While you're at it Frank, why don't you tell everyone how you were an AntiFreeper....before you weren't.

Antics like yours make you the whiney DUmmy that you are.

Go drink some more Ripple and stop berating people who can't come back and defend themselves.

??? Why is your screen name in the key words? Very strange.

Mistaken identity. One of the mods thought I was the "redhead" troll from Clown Posse. It has been rectified. Apologies have been made and accepted.

Hope this will do. The pickings were slim...

Dibs on the master room down the hall--the one with the marble fireplace...8^) 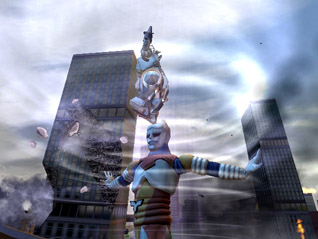 
Very nice by the way, thanks.