Ciaramella is a holdover from the Obama administration and a registered Democrat. He's been accused of leaking like crazy. He worked with Joe Biden, he's a vocal critic of President Trump, and he invited a DNC operative inside the White House to attend meetings. He also helped instigate the investigation into Russia collusion. So, of course, Democrats believe his second-hand complaint about President Trump's phone conversation with Ukranian President Zelensky over the actual transcript of the call itself.

"He was accused of working against Trump and leaking against Trump,” said a former NSC official, speaking on condition of anonymity to discuss intelligence matters. Also, Ciaramella huddled for “guidance” with the staff of House Intelligence Committee Chairman Adam Schiff, including former colleagues also held over from the Obama era whom Schiff’s office had recently recruited from the NSC. (Schiff is the lead prosecutor in the impeachment inquiry.)

And Ciaramella worked with a Democratic National Committee operative who dug up dirt on the Trump campaign during the 2016 election, inviting her into the White House for meetings, former White House colleagues said. The operative, Alexandra Chalupa, a Ukrainian-American who supported Hillary Clinton, led an effort to link the Republican campaign to the Russian government. “He knows her. He had her in the White House,” said one former co-worker, who requested anonymity to discuss the sensitive matter.

Vindman worked for several Democrats during his career. That info was edited out of the Wikipedia page sometime during the last few days.

Why are there “Obama holdovers” leaking intel from Trump’s CIA and why is this clown Chiaramela not locked up?

Why would Trump supporters fear an Obama holdover, Biden supporting democrat? Someone needs to explain the logic of that to me. LOL. I would be a little nervous had it been someone Trump had really trusted, but someone the average American is going to look at and say “well, that guy is most CERTAINLY BIASED!?” Yeah. No fear at all.

Yes. And any IG who would determine this “credible” when 5 minutes of internet research would reveal this bias is in on it.

It is was not him there would be denials and maybe lawyers suing. Being an out whistleblower is sure to bring that person trouble. Not a peep from him yet.

Wasn’t this Ciaramella’s name exposed a week ago or so? I seem to recall Rush talking about this.

Maybe, just maybe, the Republicans are about to bring the attack to the dems and their media stooges. Maybe.

Finally it is publicly being circulated. We have known his identity for nearly a month. Everyone in Congress and the MSM knew his identity weeks ago. The Reps should have revealed his name long ago. It is time to play hardball.

Why was this human waste product holdover from the Obunga administration kept in the White House?

Because Trump allowed Deep State vipers to keep him there.

Why did the Trump WH keep these obama partisans around?

John Bolton is a Deep State viper. Expect him to try to sink Trump to make himself look good & get the forever wars (including new ones) ramped up.

Because Trump was naive and allowed Deep Staters to appoint his national security staff. 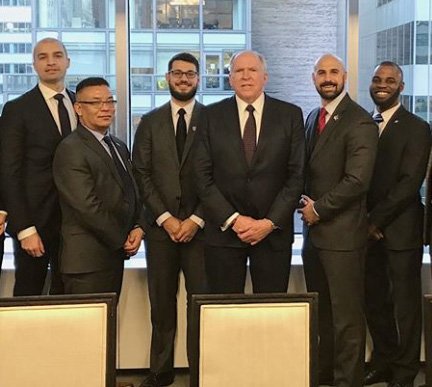 Agree! Not only do we not fear it, it bolsters the claim that this is a partisan witch hunt.

McMaster’s brought Ciaramella in and promoted him....

His name has been kicked around for a while now.