Kamala Harass: the Power of a Prickly-Pointed Pen is Mightier than a Paper Tigress
Free Republic ^ | 12/5/2018 | Pocono Pundit

Kamala Harris (aka Kamel Hump & Harass) is famous for her pompous way of asking questions in Senate hearings.

So I scanned Google Images to find a picture of Harris to turn into a meme.  I soon discovered a couple of interesting facts:

So what's the fascination with this blue pen for Harris?

Well, after putting my Scott Adams psychologist hat on, I came up with a few totally unscientific, throw-it-on-the-wall-and-hope-it-sticks conclusions:

So I finally researched Harass's committee hearings and extracted (and faked) some typical comments below. 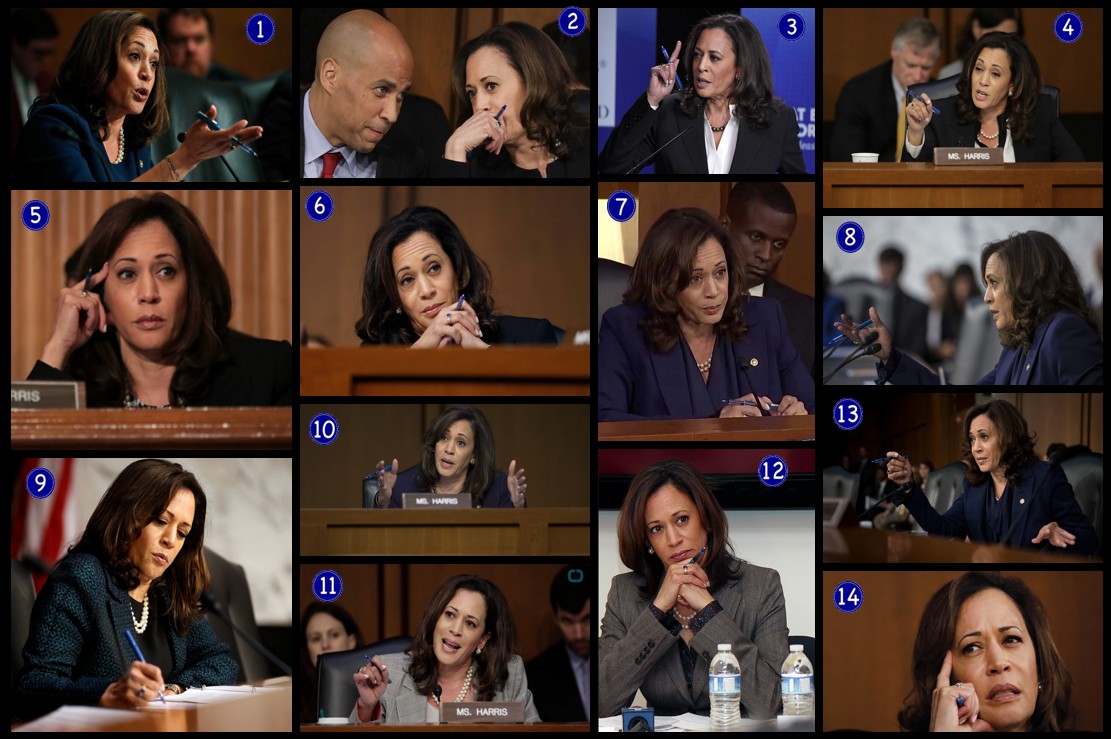 Thanks, Rush. They say she’s the “front-runner” on the Demon-rat side. But I suspect she will wilt as soon as she gets out there and make a few speeches.

She’s just not meant for prime time national campaigning. In this respect, Pocohontas is more savvy, though nothing like a Biden or Trump.

Does ANYONE want to step into that rat’s-nest mind?

Her attempts to appear “incisive” and “penetrating” mask a very defensive and uncertain grasp of facts in general and understanding of duties as a Senator in particular.

As a human being, major FAIL.

Only 5’ 2” ? Sure bet an elevator smells different to her.

Somehow, I think she is overlooking the power of reading glasses perched on the end of her nose! It looks like it would fit right in with the pen!

Anchor baby and, like Cruz, NOT a Natural Born Citizen.
That’s all I need to know. 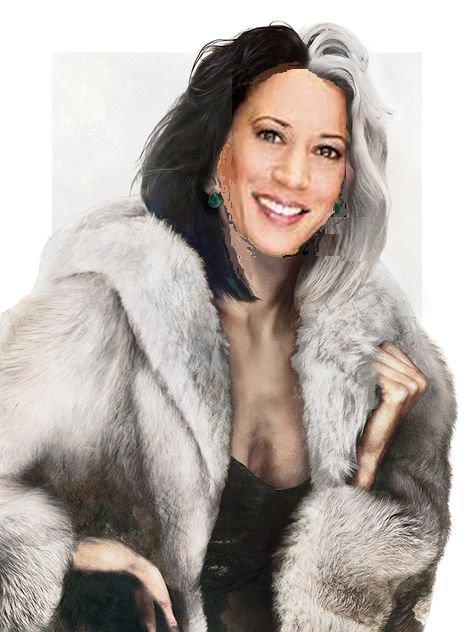 Isn't a blue PENCIL used by editors to make corrections...?

Maybe she thinks that wielding a blue writing instrument gives her editorial control.

when will some republican stand on their hind legs and tell the world she is not a natural born citizen. Let’s finally get a case to the USSC. Go back and clean up the mess you left in SF.

Someone should question her about her being the sugar baby of Willie Brown...

So very true.....nails it perfectly.

Well, that should get her the pervert, priapic and sexual abuser vote (AKA the Weinstein vote) in the Democrat Party.

I live in Southern California. Nobody even knows who she is.

Would love to hear your analysis of the state of Georgia’s GOP. Curious about your observations on the mid-terms.

Trying to conjure up a meme for Kamel Hump and Harass. Not enough pics of annoying camels on Google Images.

I think that’s right. Trump did Pocohantas a favor by giving her name recognition. I hasn’t done the same for Harris, probably figuring she won’t make the first cut. And if she does, all sorts of questions about lack of natural born status will doom her campaign.

Beto has a better chance than Harass, IMHO.

37 posted on 12/05/2018 9:04:01 AM PST by poconopundit
[ Post Reply | Private Reply | To 34 | View Replies]
To: FlingWingFlyer
Good observation. Occasional Cortex has been stealing her thunder. And Alexandria has the edge in looks and looney bird ideas -- so highly appealing to Leftists.

Oh, and Occasional also worked for Ted Kennedy. These days, that's like inheriting the Camelot mystique of the JFK.

Harris must be concerned because she'll soon no longer be on the Senate Judiciary, so less opportunity to sit behind a bench and do her harassment questions.

Oh yes. Including the hypermasculine females and the infamous hyena butter. :P

Her pen-holding paranoia is probably due to never having anything “prickly-pointed” in her hand...