The latest casualties in the Pervnado of the last few months, John Conyers and Al Franken, appear to be products of the Radical Left's fear that Roy Moore is going to win his special election in Alabama, despite what appear to credible allegations of harassment against Moore. The Radical Lefts new narrative seems to be, "We supported these guys until we learned that they were bad people. Now you're going to elect this creep even though you know about his past? Shame!"

What our Lefty pals seem to misunderstand is that our response is simple, "Yes we know. And f*** you. You made this OK."

Why would this be OK? Let's look at the end game here - what the Radical Left sees are (what someone on Facebook wrote who I can't remember for attribution) two easily replaced Pawns in safe seats that they're offering to sacrifice in exchange for a Bishop. This has nothing to do with decency, it's about power. How do we know?

Surely you know the good senator from New Jersey - the one who just got off of multiple corruption charges thanks to a hung jury, of which the charges included... soliciting underage prostitutes. You'll notice that you haven't heard much about Bob in the news, and there's a reason. You see, through a historical fluke Jersey elected a Republican Governor 8 years ago in Chris Christie. And of course, if Bob were to resign his replacement would be appointed by the governor, and would most likely be a Republican. So of course, the Radical Left's sudden moral high ground and indignation comes to an abrupt halt when it could hurt their own power. Yes, it's as simple as that.

Of course, the end game of this Pervnado chess game is seen in calls for President Trump to resign over the harassment claims against him, starting with Senator Chavez from Vermont. Personally, from his personality I'd believe these charges against our president, except that I don't because I don't think his accusers are credible. And I've reached that conclusion without knowing anything about the accusers, aside that one or two are Clintonistas. Why the skepticism, you say? Because given how much our press loathes Trump and have a "facts be damned" approach to trying to destroy him, if any of the accusers were credible they would have been elevated to sainthood status and a mascot for Democrats. And yes, I know that's a horrible reason to reach my conclusion but that's the world that the people who tell me I should hate Trump as much as they do have created.

So you'll have to forgive me if I doubt the Radical Left's sincerity over these newfound principles of theirs. It's nothing but a power play, hoping to use deceit to weaponize Conservatives' natural decency against us. That won't be happening. The bottom line is that while we dislike supporting someone like Moore, we like you even less. But I'd prefer to live in a world where we can agree to condemn bad behavior and apply the rules equally. You want us to universally condemn Moore? OK, here are our terms, and you're not going to like them.

Not even close. In seeking their “Higher Plane” the dims have exposed their low lifes instead.

“If it weren’t for double-standards, liberals wouldn’t have any standards at all.” - Chris Plante, WMAL

Isn’t that special? DemocRats pretending to have principles. They are so cute when they do that. 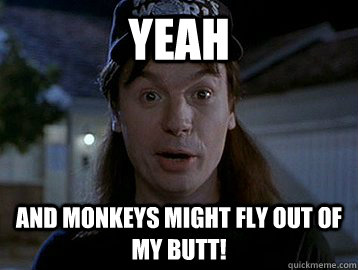 9 posted on 12/08/2017 4:34:33 PM PST by Vendome (I've Gotta Be Me - https://www.youtube.com/watch?v=wH-pk2vZG2M)
[ Post Reply | Private Reply | To 1 | View Replies]
To: Starman417
At least a half dozen FReepers called this one weeks ago. Apparently there are still a few libs who think that the last five minutes of the news cycle is all that count when it comes to moral rectitude. Not even a nice try. Nor does "it's only bad when you do it" come across as a winning argument. Nor are accusations of hypocrisy from the most hypocritical people on the planet. That dawg just isn't going to hunt.

The Swamp is nowhere near drained yet but it's been lowered to the point when some real monsters are being revealed, dripping with slime and oozing some weird assumptions of innate entitlement to power. Those of us on the right who still clutched desperately at a vestige of innocence found out that Hillary was and is not uniquely disgusting, she's a fair representative of the breed. These people are furious because they were looking forward to four, perhaps even eight, more years of turning the country into a banana republic with themselves on top of the bunch, but I don't get the sense yet that they realize that Trump isn't uniquely threatening, that there are a lot of people who now see through their game and intend to do something about it whether he's in office or not. This isn't going to be a game of "get Trump and go back to the happy place at the trough." It isn't going to work like that.

It gets even better when he gets to the District of Corruption.

Moore was a Democratic when the problems occurred. Not Rebublican

Someone should pull out the disgusting quotes from the Democrats during the Clinton Impeachment.

This is a perfect example of too little too late and it is clearly 100% political.

Shows that Democrats only care about politics and votes and not about individuals hurt by their own.